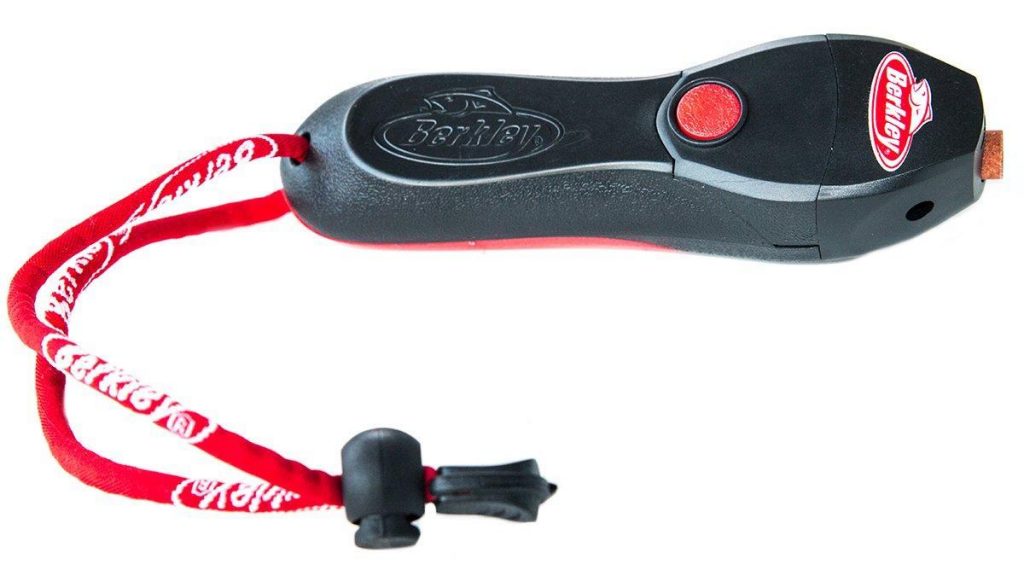 With my days in the deer stand becoming limited and my tournament and guiding season quickly approaching, I’m faced with re-lining more than 20 spinning and casting reels. Fresh line is hugely important as it allows for easier casting and a solid connection while fighting big bass, but guess what? That certainly doesn’t mean I enjoy it.

My abhorrence for this chore runs so deep, in fact, that I usually wait until the last possible minute to start the process. You’ll often find me in the middle of my office after midnight with bloodshot eyes, miles of fishing line wrapped around my ears and in-between my toes, fighting hand and arm cramps and muttering some PG-13—at best—language. It feels like I’m wrapping a never-ending extension cord.

So I bit the bullet this year. I’m not playing these vile games anymore. I have put my pride aside and started using the Berkley Line Stripper. And now I feel like a darn fool for not using it sooner.

There are three things I really like about it.

Sometimes I’m amazed I can even operate a fishing reel. I’m not what some might call “mechanically inclined” by any stretch of the imagination. So if I say something is simple to use, trust me— it’s really doggone easy.

The Berkley Line Stripper is a pleasure to use and it’s about as straightforward as it gets. Holding the device with the Berkley sticker upright, you put the line in the right side of the stripper, keep a very small amount of tension on your reel to avoid tangles and press the big red button. That’s honestly all there is to it. 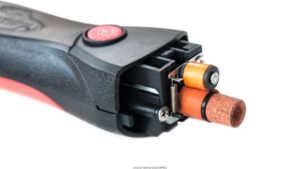 I’ve actually been rather amazed by the speed at which the device strips line. It can process roughly 300 yards per minute, which has drastically decreased my re-spooling time. Most of my reels are done and ready for new line in just about 20 seconds. I’ll take that all day long compared to my old method of rapid arm convulsions and balls of line littering the floor.

This contraption has also made my re-spooling process much cleaner than before. I’ve ruined many a vacuum cleaner by accidentally sucking up braided line, but the Berkley Line Stripper allows me to dispense the line directly into the trash can as it’s removed from the reel. 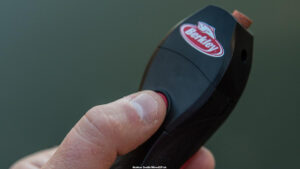 I think the no-hassle button is also worth noting. Yeah, it’s a red button— simple enough, right? But when you’re holding it down for a marathon re-spooling session, it’s important that it’s comfortable and doesn’t take the strength of a UFC fighter to keep it down. Even if you have problems with your grip strength due to arthritis or tendonitis, you’ll find it very comfortable to use for an extended period of time. 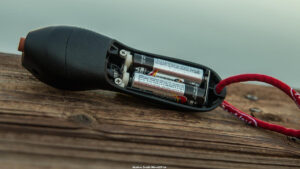 The $14.99 price point really got my attention with this line stripper. For such convenience and ease of use, I’d gladly pay double the price. But then I thought about the battery life. Batteries get pretty expensive, so there wouldn’t be much sense in a low price point if the device only worked for an hour or two on a set of batteries.

But the battery life has been very impressive thus far. It takes two AA batteries and I’ve used it for several hours without any signs of weakening whatsoever. The package states its battery life is 5 hours and I have no problems believing that. Think about it for a second— if it strips 300 yards per minute, one set of batteries should be able to process over 51 miles of line in 5 hours. That’s pretty incredible in my opinion.

It comes with a convenient grinding stone 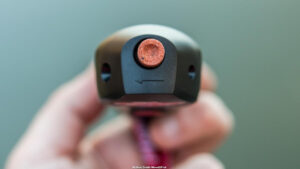 At first glance, I couldn’t figure out what in the world that cylindrical spinning piece was on the top of the Berkley Line Stripper. Then I realized it was actually a grinding stone. Duh.

I’ve actually found myself using this feature fairly regularly. Don’t get me wrong, I’d much rather change my treble hooks as opposed to sharpening, but this grinding stone works surprisingly well in a pinch. I’ve been cranking a lot of rocks lately and as we all know, there’s no better way to dull a hook point. So for small touch-ups throughout the afternoon, I’ve been hitting my hook points with the grinding stone and the results have been great. If you’re a tournament angler fishing for money, however, I’d still recommend changing your hooks whenever possible.

I think this line stripper would make an excellent Christmas present for any angler. It’s reasonably priced and although it may not be a “sexy” gift idea, it’s something that will make your life much easier. Like I said earlier, now I feel dumb for not using it sooner.

The Berkley Line Stripper is available at TackleWarehouse.com. 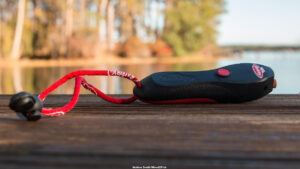