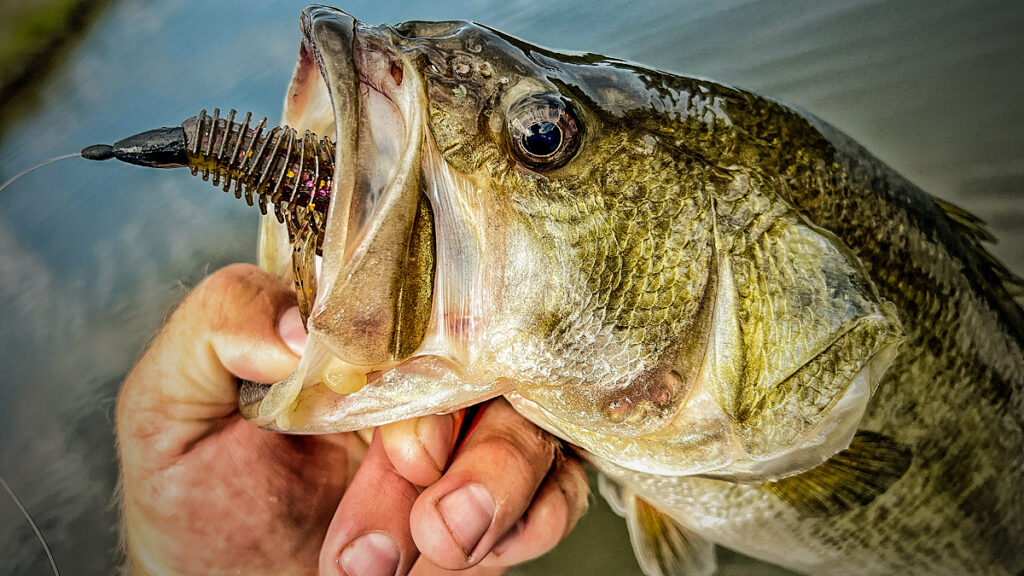 One thing I’ll say about Lunkerhunt right off the bat is that they really pride themselves in breaking the mold or heck, creating a new one altogether. I don’t think I’ve ever seen one of their baits and thought to myself, “Yeah, that’s just a run-of-the-mill knockoff of something else another company makes”.

Instead, my first reaction is often, “Wow, that’s really cool.”

Even when it’s a super unique bait, I typically come around to see what they were shooting for once I use the bait a bit and really put it through its paces. I’ll always commend Lunkerhunt on their pursuit and passion for innovation.

The same is true of the product we’ll be reviewing today, the Lunkerhunt Typhon. I’ve been having a bunch of fun with it. 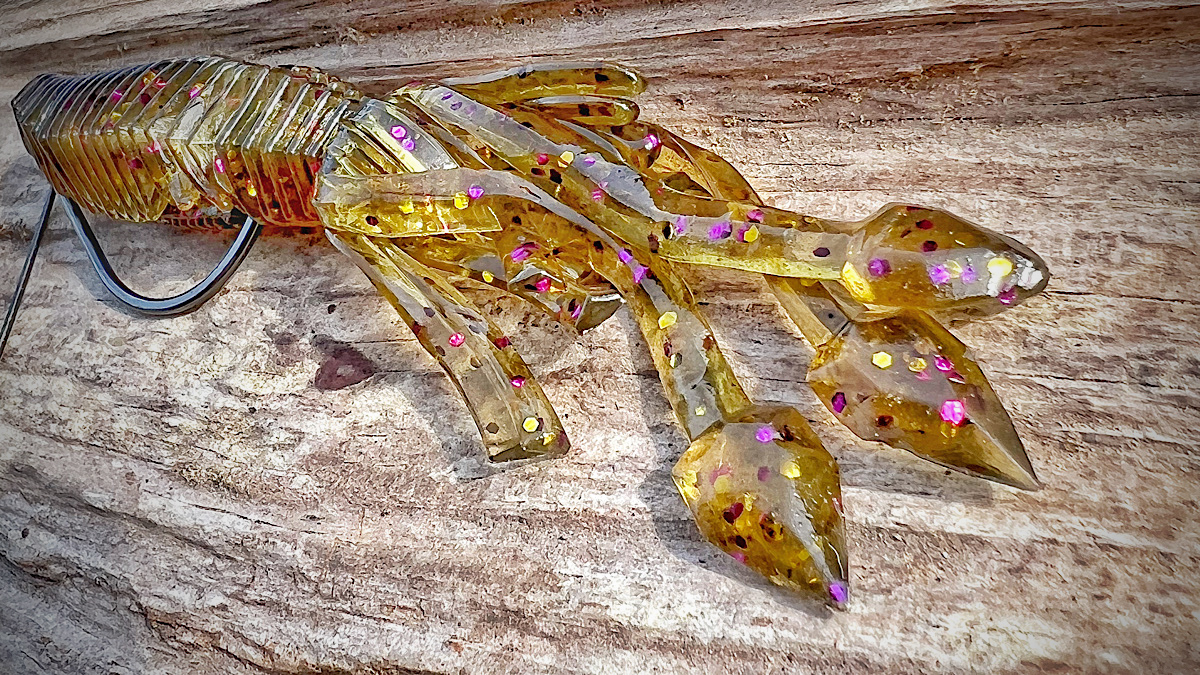 At first glance, this bait looks more like a squid than anything else I’ve ever seen in fresh water. As I pulled one out of the pack, however, I noticed a different feel to the plastic, which did intrigue me a bit. When I went to rig this bait up on a Texas rig to test it out, I notice the material they used to make the Typhon was quite different from most soft plastics.

Doing a little research, I found that Lunkerhunt calls the material they use UDSP or Ultra Durable Soft Plastic. The closest thing I’d say it resembles in the soft-plastic bait world is Z-Man’s ElaZtech material but the UDSP isn’t quite as stretchy and seems to have a different consistency to it. Still, it is super durable like ElaZtech and far more durable than most soft plastics.

What I thought was weird, I actually like now 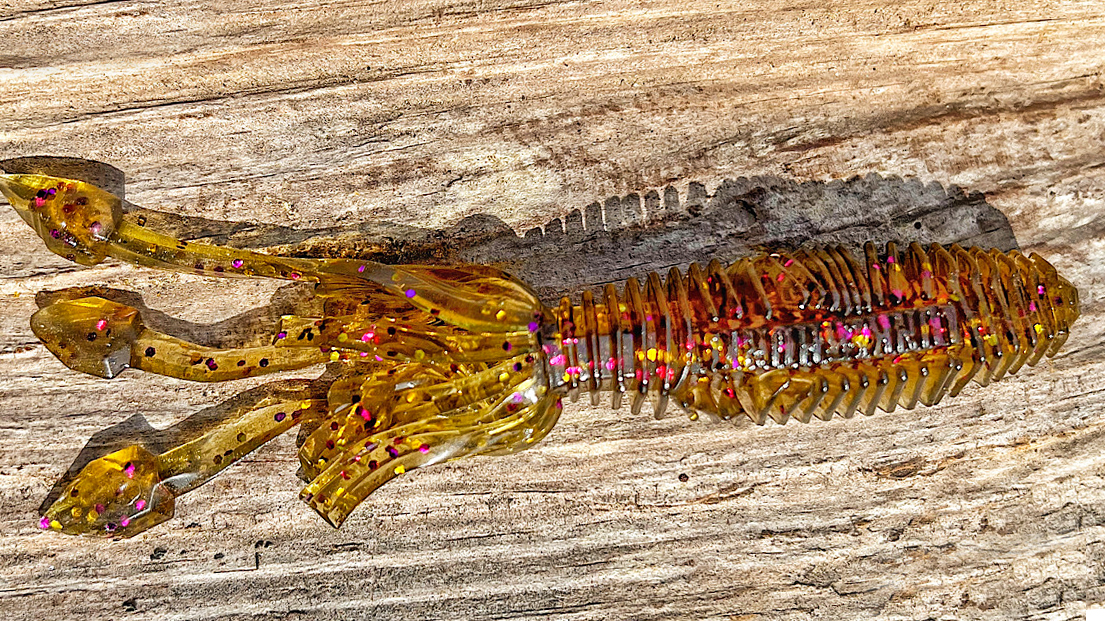 The Typhon has three little dart-shaped tentacles trailing along out of the back of the bait. These tentacles are what kind of threw me for a loop when I first saw the bait. When I pitched it out into the water, the tentacles actually looked pretty cool on the fall and gave this bait a unique look. The UDSP material has a good bit of buoyancy to it, creating a slower fall that really allows the tentacles to flail and flap around slowly. This looked like it would be pretty enticing to a bass.

Though I haven’t had the chance to fish for a bedding fish with it, it really seems like a good bait for that, as the skirting and tentacles would just kind of float up and drift around while the bait sat in a bed. This would perfectly imitate what a bream pecking around a bed for eggs would look like and I can’t imagine how a bedding bass could resist it. But even for non bedding bass, the tail-up action of this bait along with its slow hop and fall would likely entice any skeptical bass to commit to it.

An overall look at the bait 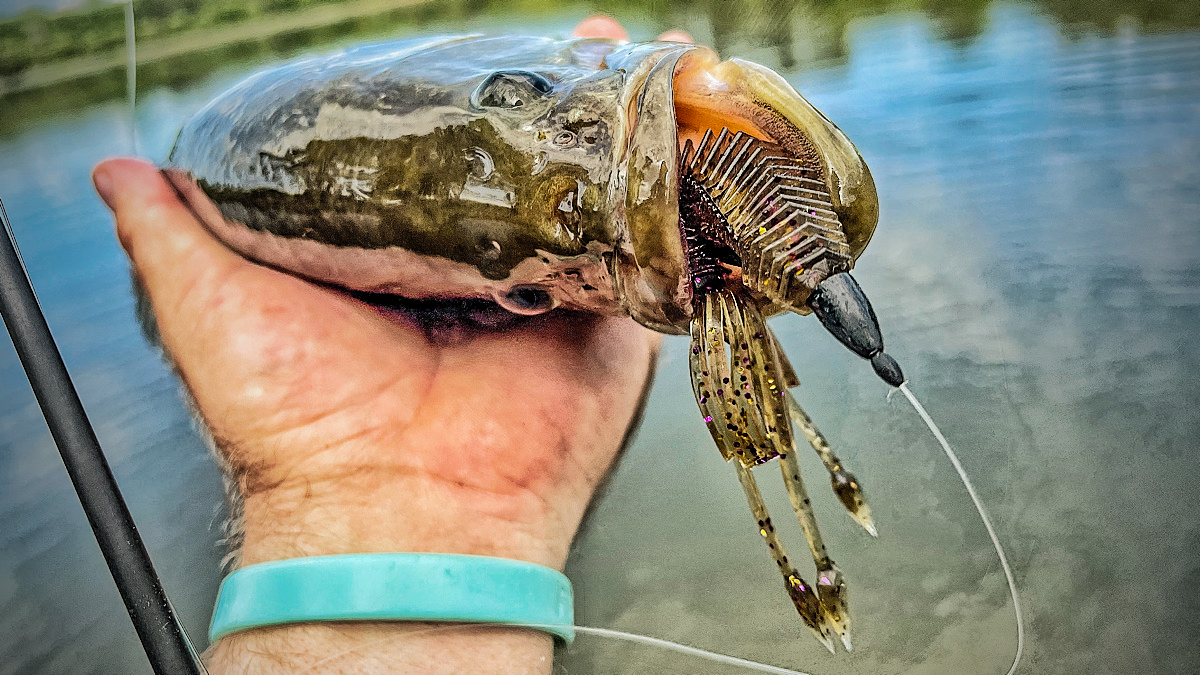 We’ve already mentioned the tentacles coming out of the tail end of the bait but as you work your way up the lure you’ll start to see some of its other characteristics. With the exception of the tentacles, the Typhon kind of looks like a mix between a creature bait and tube. The body is solid and ribbed, like many creature baits, but there is a little bit of skirting at the base of the tentacles, similar to what you’d find on a tube.

Again, if you’re just looking for something that looks like something else, that’s not what you’re going to get with this one. There are some baits in certain categories like finesse worms, lizards and soft-plastic jerkbaits that I often can’t tell a dime’s worth of difference in from one to the other. But Lunkerhunt truly created a lane of their own with the Typhon and after seeing it in the water and getting a few bites on it, I kind of like it and again commend them on blazing a new trail.

Ways to rig it

With the high-floating characteristic of the UDSP material, you wind up with some creative presentations. It’s not really that the rigging is all that different, but that the action of the bait is different. Putting the Typhon versus a traditional soft plastic on a Texas rig, Carolina rig or Tokyo rig, you’ll see that your bait floats up and washes around a lot more than a traditional soft plastic that sinks.

So putting this bait on a Tokyo rig for instance creates a whole new look. The bait stays up off the bottom and just kind of floats and drifts around creating action without the angler having to do much. That’s again why this bait would be so good on a bed, because it would have action without moving the bait from the bed. But the same would be true when fishing targets like stumps or laydowns. You could fish the bait really slowly in these tight windows while still knowing the bait is moving around and imparting action on its own. 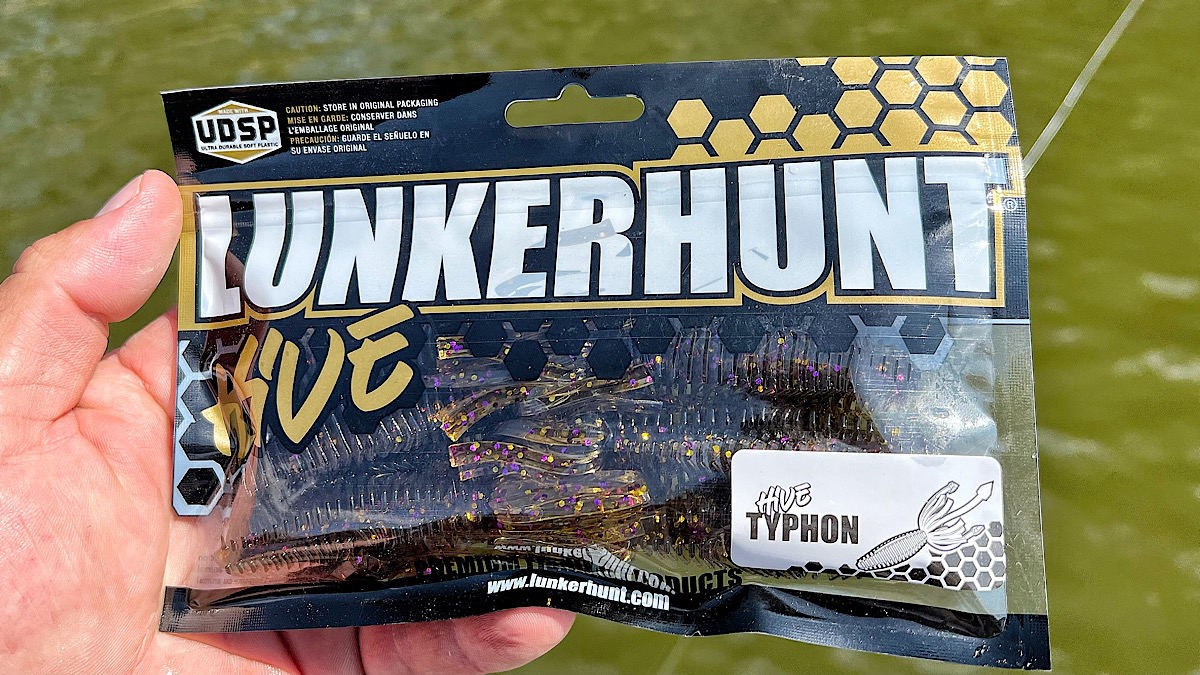 The Lunkerhunt Typhon is definitely a little different but a good different. The overall design of the bait combined some characteristics of a couple different baits with the body of a tube mixed with that of a creature bait. But they threw in something totally different with the three tentacles coming out of the back of the bait.

With Lunkerhunt’s Super Dural Soft Plastic material, you have a bait that will hold up to several fish catches and one that creates a different fall and action due to its buoyancy.

The bait comes in at 3 1/2 inches long and is available in 6 colors. With a price point of $7.49 for a 6-pack, this soft plastic is a little pricier per bait than some but its durability will help each bait last longer than many other soft plastics which helps compensate for the cost difference. The uniqueness of the lure alone makes it worth giving a shot in my personal opinion.

Find the Lunkerhunt Typhon at these online retail partners: