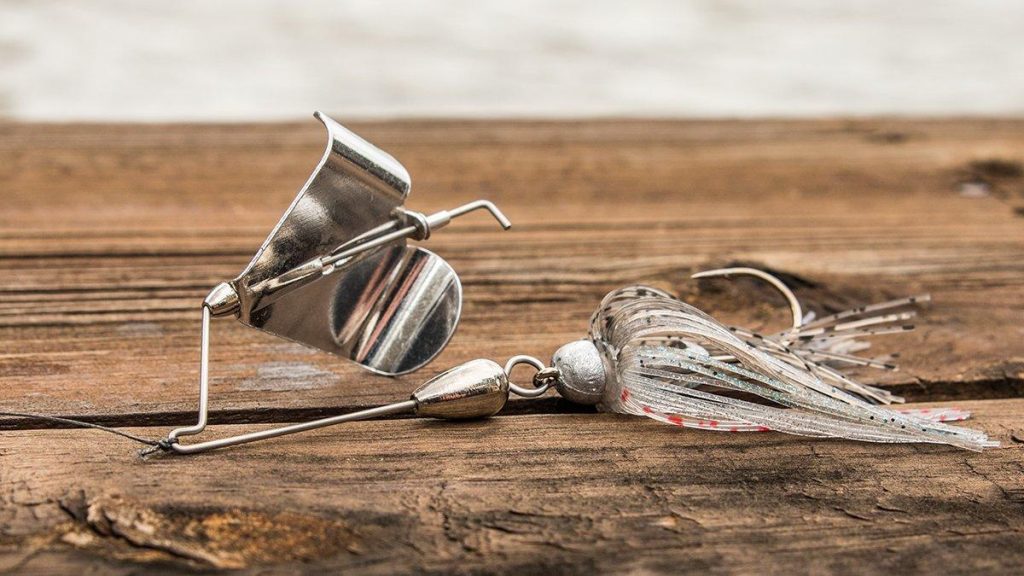 I have a buzzbait on my front deck every time I fish. I don’t care if it’s December or July, I’m going to throw it. These lures account for some of my most impressive catches each year. So when Strike King came out with the Swinging Sugar Buzz, I grabbed a few and spent a long time playing with them.

What I learned was pretty interesting. It has a lot of features that shallow-water anglers are sure to find intriguing. 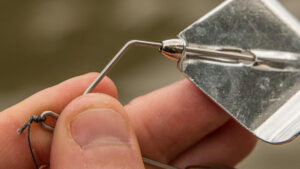 In my opinion, sound is the most important quality of a buzzbait. Unfortunately, you don’t know what a buzzbait sounds like when you’re looking at one in the package, so this has led to a lot of trial and error for me over the years. I’ve bought a lot of buzzbaits and have only been impressed by a few.

The Strike King Swinging Sugar Buzz is super loud and it has that hard-to-find blend of clacking and squeaking—rarely will you find a buzzbait that has both. 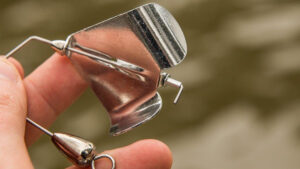 When you take it out of the package, the blade won’t touch the nickel-plated lead head. But if you simply bend the arm, the blade will clack against the head throughout the retrieve. The head is also quite durable, so the repeated collisions won’t dig a huge divot and affect the sound over time.

This buzzbait also has a noticeable squeak to it. Most buzzbaits need to be broken in and used for a while before they adopt this unique sound, but the Swinging Sugar Buzz has it right from the start. When retrieved slowly, you’ll hear it from 30 yards away and it has proven to be a big-time producer early in the mornings.

The wire holds up well 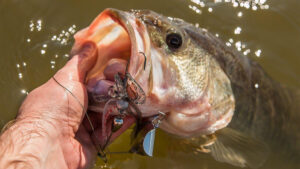 With most traditional buzzbaits, anglers often look for a thin wire because it gives the lure a bit more action. But because of this buzzbait’s free-swinging hook design, that thin wire isn’t necessary.

This allowed Strike King to design it with a thicker wire, which I have really liked so far. When you catch a big bass on braided line, you rarely have to re-shape the wire before your next cast. The buzzbait will continue running true, which is a big time saver on the water. 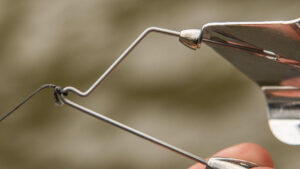 I’ve broken my fair share of buzzbaits over the years, but after lots of fish catches and abuse, I still haven’t compromised the structural integrity of the Swinging Sugar Buzz. 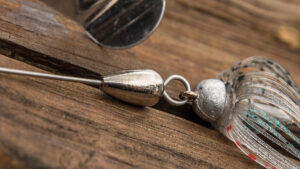 This buzzbait was designed to keep fish hooked after the initial blowup. Because the hook can move and rotate freely, the fish can’t get the necessary leverage to throw the hook. I have certainly noticed an increased hookup ratio in my testing.

This feature also gives the buzzbait a lot of action, which allows you to experiment a lot with various soft-plastic trailers. It has a really solid trailer keeper, so whether you’re using a soft jerkbait, toad or craw trailer, you won’t have issues with your plastic sliding down the hook shank. 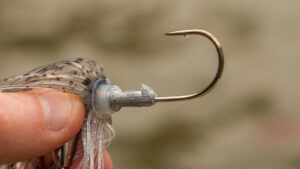 It does, however, come with a few caveats. You will occasionally have some blown casts as the joint will become tangled at times. This has not been a frequent thing for me, but it’s worth mentioning. Fish can also push the hook out of position when they bite, but that seems to be remedied with a sharp trailer hook.

I’ve had a blast with this buzzbait and I think it’s going to impress a lot of anglers. Its sound alone gives me reason to buy a few more.

The Strike King Swinging Sugar Buzz is available at TackleWarehouse.com.