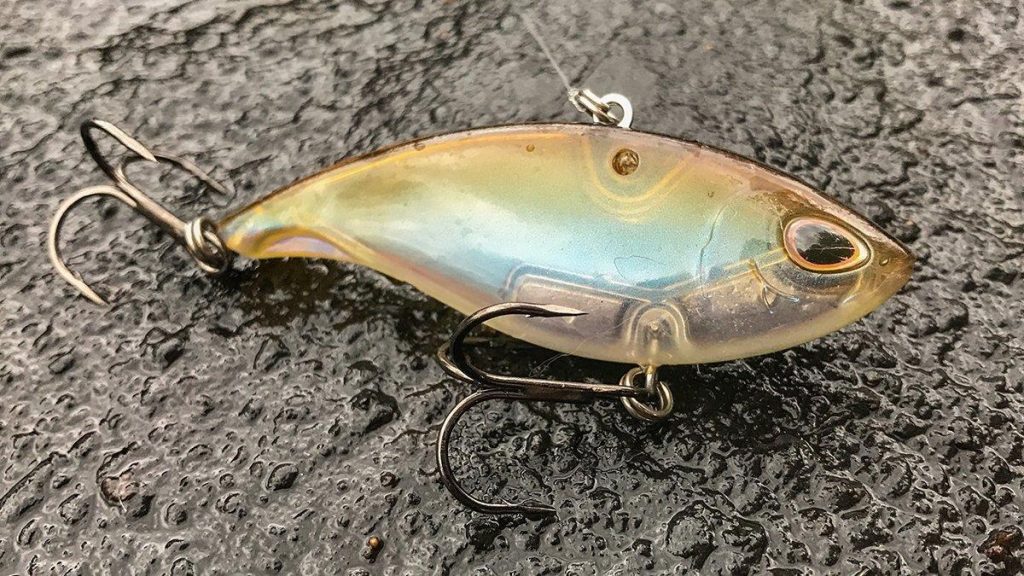 Lipless crankbaits are one of the simplest, most effective lures an angler can use throughout much of the year. They cast like a bullet, they get a lot of bites and can be retrieved in a number of ways. Many of the lipless plugs I’ve tested in the past few years, however, haven’t really impressed meâ€”they sound the same, swim the same and look the same.

I’ve been using the new Storm Arashi Vibe this season and it’s a unique addition to my collection. If you like chucking a lipless plug around your local fisheries, I think it deserves your attention. 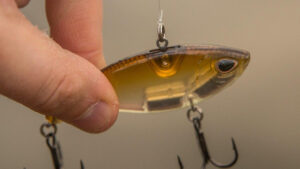 Instead of multiple internal rattles, this lure is equipped with a single rattle that’s much quieter than most of the lipless crankbaits you’ll find on the market. This is meant to excel on pressured fisheries and in ultra-clear water. Essentially, it’s designed to pique the curiosity of nearby bass without overpowering them with multiple loud rattles.

The color selection is impressive, with 13 options to choose from. The large majority of the color options are centered around very natural designs to match its subtle rattling sound. You’ll find plenty of patterns to match blue back herring, threadfin shad, bluegill, gizzard shad and even crawfish. 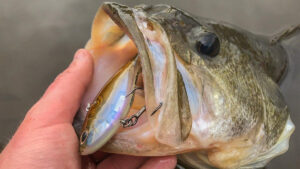 As of right now, the Storm Arashi Vibe is available in a 9/16-ounce size. It measures 2 3/4 inches and casts excellently, even in windy conditions. Its slim design minimizes wind resistance, so I’ve been able to make a lot of long casts on windblown structure without the lure helicoptering in mid-flight. Lipless crankbaits are all about covering water quickly and this lure allows you to do that without any issues whatsoever.

The quiet, single rattle has been remarkably effective for me. We’re in a terrible drought this year which has resulted in ridiculously clear water and stingy bass. I usually catch a lot of nice bass on lipless plugs this time of year but the bite has seemed non-existentâ€”until I tried this plug. 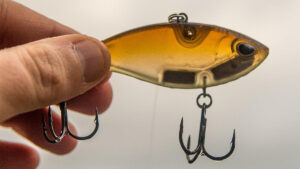 I’ve had my best results retrieving the Arashi Vibe at a snail’s paceâ€”much slower than I’d normally fish a lipless crankbait. Its self-tuning line tie produces an impressive shimmy and vibration even at super-slow retrieve speeds and that has been the only way for me to catch them. I’ll make a long cast, let it hit the bottom and slowly tick the bottom while retrieving it back to the boat. When the rod feels a bit spongy, I know a bass has it.

I’m a big fan of the rotated hook hangers. If you’ll take a closer look, you’ll notice they’re perpendicular to the belly of the baitâ€”not parallel like many similar plugs. This allows me to add a larger hook without constant tangles and it also results in fewer snags when you’re fishing around hard cover. It will still get snaggedâ€”that just happens with these luresâ€”but not nearly as much as others I’ve tried. 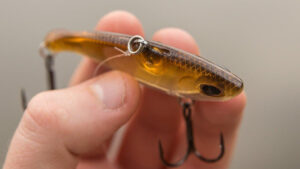 I also think anglers will appreciate the simplicity of this lure. You don’t have to tune it and it’s ready to fish straight from the package. The components have proven to be rock-solid and the VMC treble hooks stay sharp for dozens of fish catches.

The colors are beautifulâ€”this is the best-looking color lineup in the Arashi series, in my opinion. You won’t find many loud, obnoxious colors due to its clearwater-centric design, but the natural forage patterns are incredibly well done. On the water, the exterior of the bait holds up excellently against hook rash and repeated collisions with hard cover.

I think anglers will really like this plug, especially in clear-water situations. It’s not flashy and it doesn’t sound like a pair of maracas when you shake it, but simplicity can be a beautiful thing if it’s implemented correctly.

The Storm Arashi Vibe is available at TackleWarehouse.com.