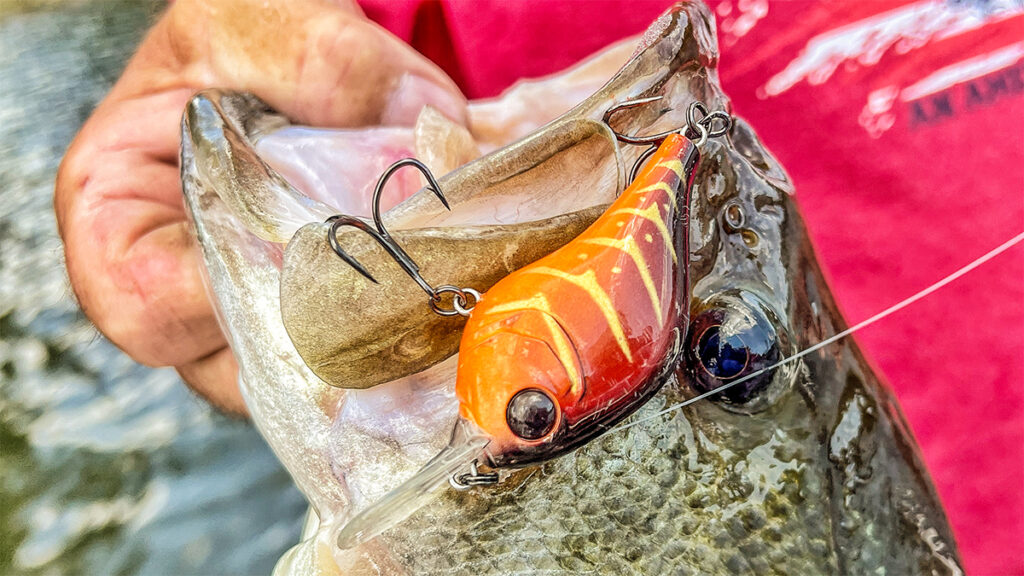 Mid-range bass fishing crankbaits are a great way to catch fish year-round. Especially effective in the late winter and early spring, lots of anglers relegate this style of fishing to that one time of year. But winter, spring, summer and fall, there are fish in the 6-foot range that are feeding on bream, shad, crawfish, small crappie and the list goes on. So a crankbait that will dive to this depth should be kept on hand throughout all seasons.

Today, we’re going to review one such crankbait; the Bill Lewis MR-6 crankbait. The team at Bill Lewis partnered up with professional angler Mark Daniels Jr. to design this bait, the second such collaboration after the successful launch of Daniels’ squarebill, the SB-57.

The MR-6 is a medium-running crankbait that maxes out around 6 feet depending on the line size you choose. 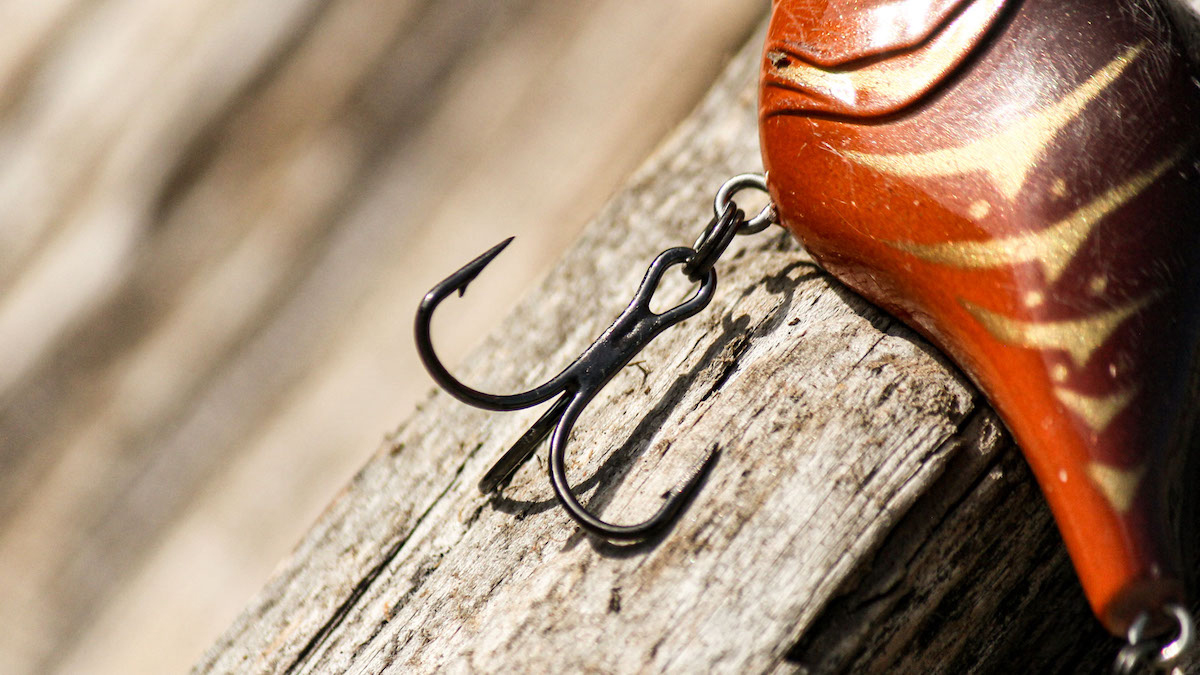 One of the first things I noticed about this bait is the stellar set of hooks that come on it. Outfitted right out of the pack with Mustad Triple Grips, the MR-6 comes ready to go. A few companies have really stepped it up in recent years, making top-quality components standard issue on their baits, compared to back in the day when you’d buy a hard bait and knew you were going to be swapping the hooks out before you ever made a cast with it.

That’s not the case with the MR-6. The No. 4 Triple Grips Bill Lewis used are considerably larger than the hooks you’d see on most crankbaits this size. When doing a little research on the bait, I found that this was an intentional attribute they wanted.

If the bait was a little shorter, they would have had to go with smaller hooks, since the No. 4 trebles would have snagged on each other. But building the bait with the hook size in mind, Bill Lewis stretched this bait out a bit and created a pretty little piece of bass candy with as much bite as possible. 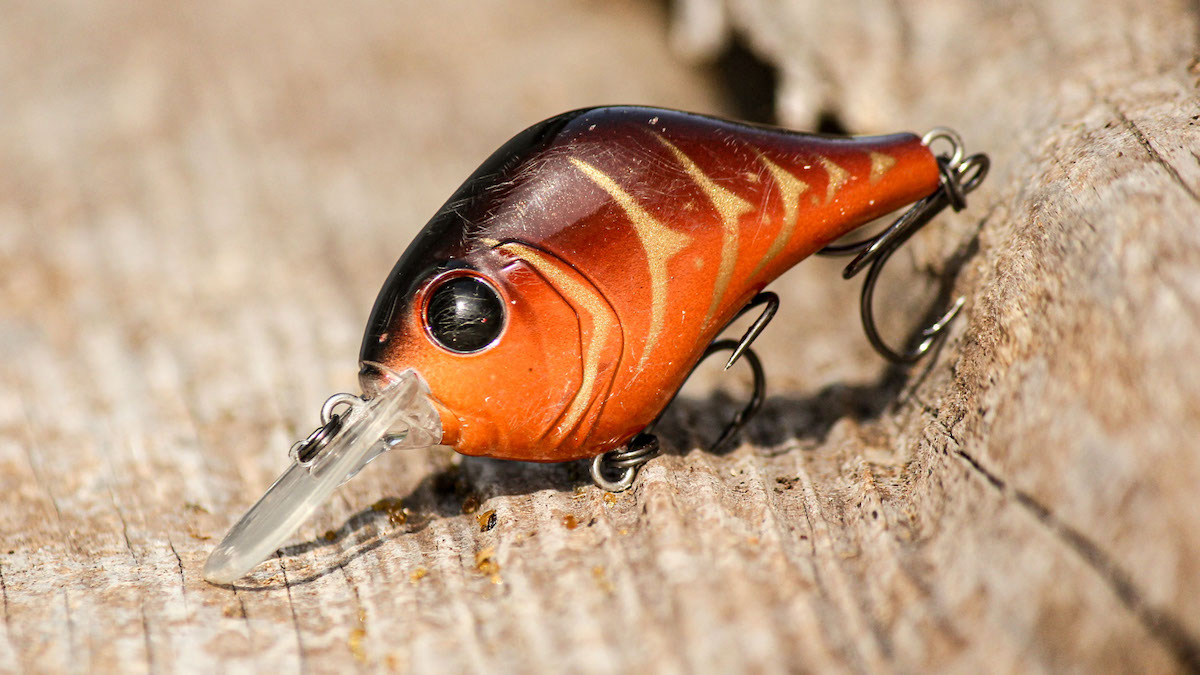 Mentioning the looks of the bait, this one comes in a wide variety of colors. With 18 options in all, there’s a color to mimic almost any forage you could think of across the whole spectrum of water clarity. Targeting fish relating to crawfish during the early spring? Try Rayburn Red Craw. Trying to mimic shad during the fall in water that has a little bit of a green tint to it? The Threadfin and Louisiana Shad would likely serve you well.

Fishing really muddy water? They have the bright Chartreuse Blaze and Blue Chartreuse. Fishing really clear water? Bill Lewis offers translucent colors in the MR-6 like Lavender Shad and Green Gizzard Shad. There’s really something for almost every situation imaginable in their lineup. 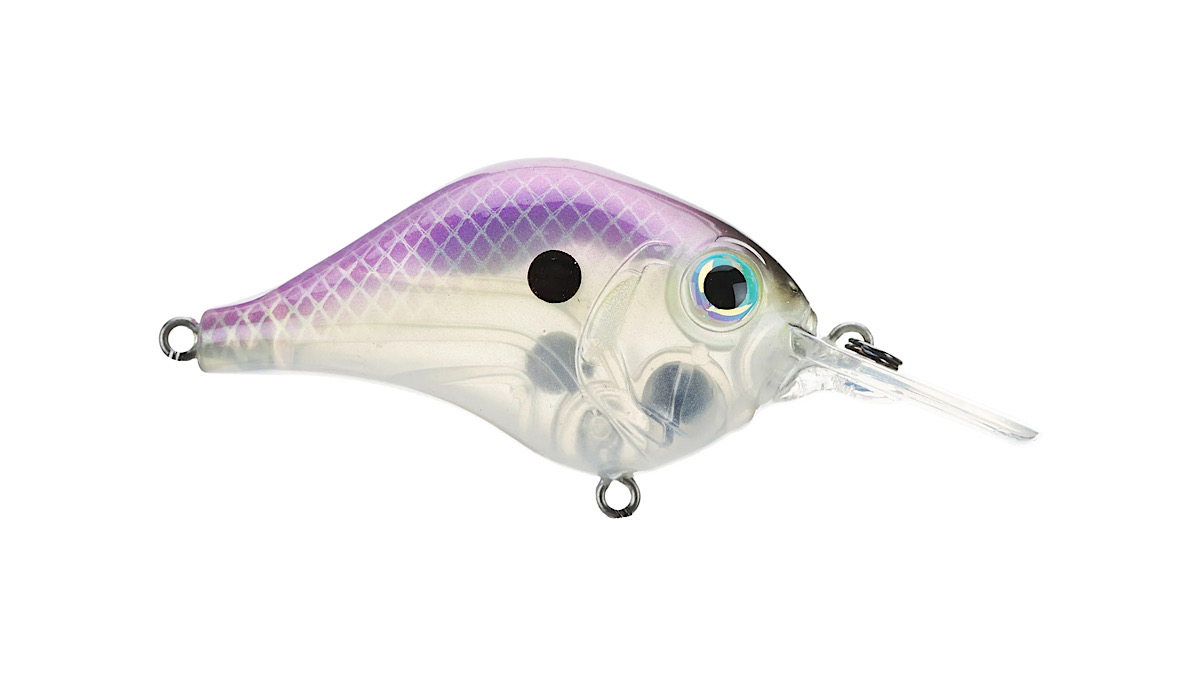 At 2 1/4 inches long and coming in at 1/2 ounce, this is a nice little chunk of a bait, so it’s no surprise that it casts really well. But that’s also not accidental. Looking behind the curtain, I found that Bill Lewis added a weight transfer system to increase the MR-6’s castability even more. You can see what “weight transfer system” means when you look at the translucent baits.

There’s a chamber running along the belly of this bait that allows a little ball bearing to roll back and into the tail-end of the bait on the back cast. This helps the lure to sail through the air tail first on the cast, preventing a lot of wind resistance that would otherwise occur if the bait were spinning or flailing around. When the bait lands in the water and the angler starts the retrieve, the ball bearing rolls forward and lodges in the breast of the bait to balance it out.

What’s this bait good for? 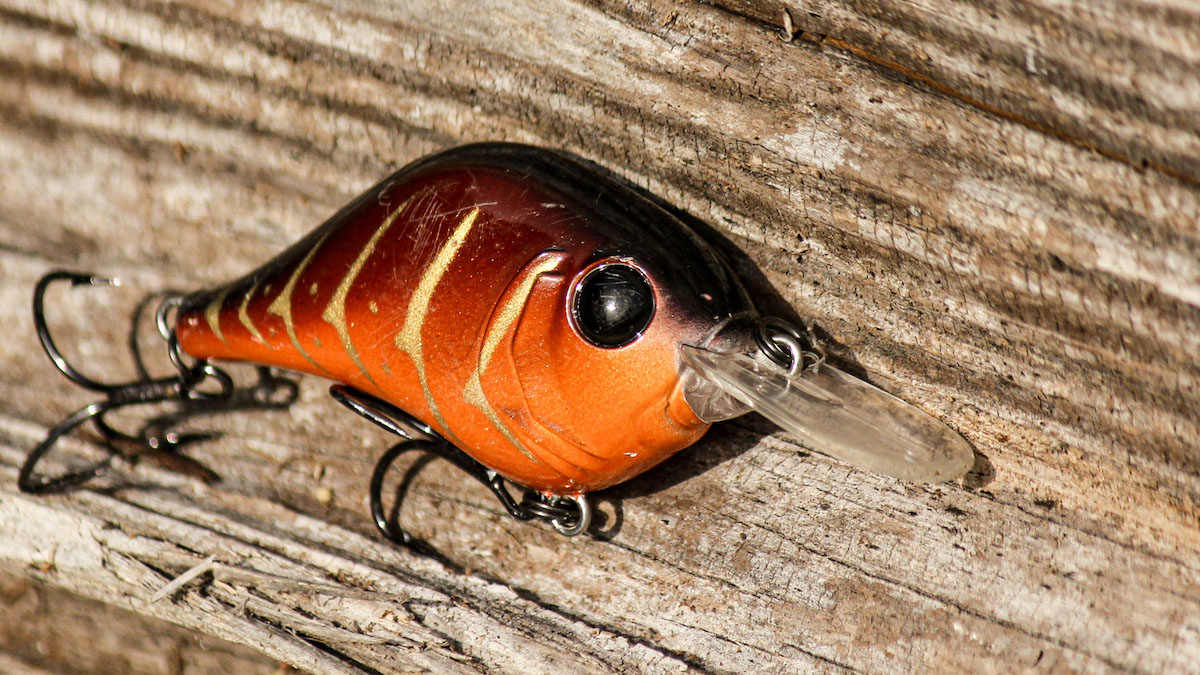 The MR-6 is an ideal bait for colder water fishing no doubt, though it does lend itself to other seasons as well. For anglers looking to target fish during the prespawn, this is going to be a really nice addition to the arsenal. There are other baits that dive to the 6-foot range than have been used for years to target fish during the prespawn around submerged vegetation and along riprap. But the MR-6’s castability really creates a niche for this bait, since some of the others in its class are lightweight and hard to throw.

But again, you could use this lure to target fish year round. The MR-6 gives you the body size of a squarebill, while adding a couple more feet to the depth range you can fish a bait that size.

In the summer, this would be a great bait to throw through the ends of laydowns and around current and little current breaks that might be a bit deep for a squarebill. It’s also going to be a great bait for the fall when fish are chasing shad and making their way down 45-degree banks back into creeks and pockets. 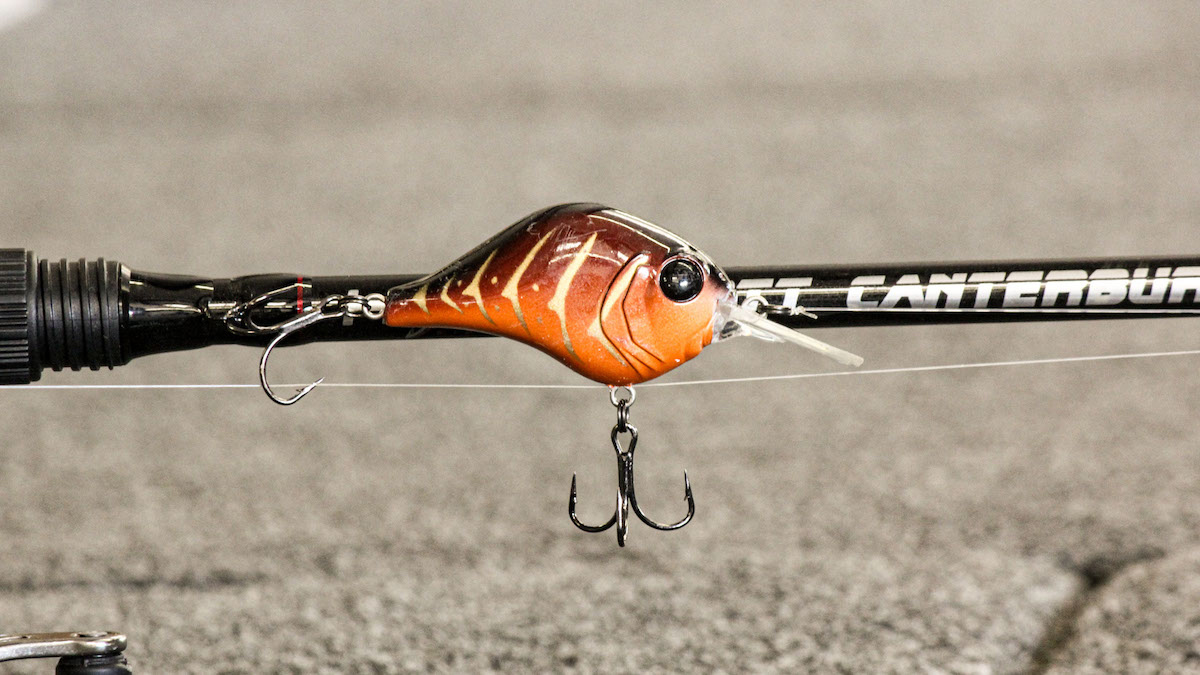 The MR-6 is a well thought out bait that elbows its way into an existing bait genre quite nicely. There are certainly a lot of other crankbaits out there that dive to the 6-foot range but the MR-6’s castability, durability and color selection help it claw its way into anyone’s tackle box. The larger-than-normal No. 4 Mustad Triple Grips are another nice addition that help to set this bait apart from a lot of the other comparable lures out there.

At $8.19, this is a great bait for the price. Anytime the added effort of high-end components and features like a weight transfer system come along with a price point under 10 bucks, you’re typically getting a pretty good deal. A little on the thinner side with a tight action, this will be a great bait for cold water but no doubt one that gets bit in the heat of summer as well, as we’ve seen. So whether you decide to hold off on the MR-6 until the colder weather sets in or you go ahead and give one a try while it’s still hot out, I don’t think you’ll be disappointed.

The Bill Lewis MR-6 is available at TackleWarehouse.com.