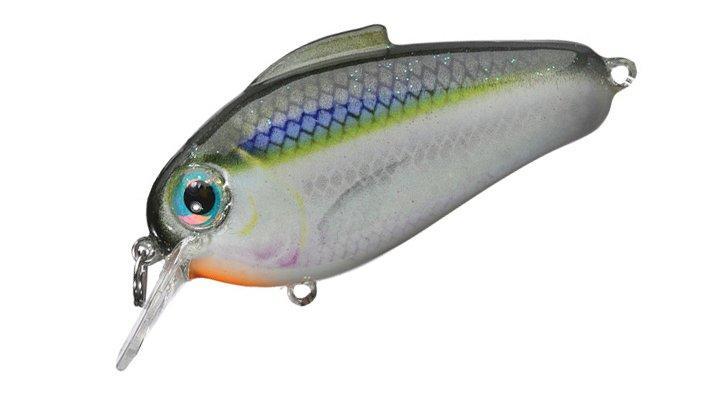 Two years ago, at ICAST, Bill Lewis Lures stepped out of their proven lure molds with an Echo 1.75 square bill crankbait. I remember it like it was yesterday, Wes Higgins, President of Bill Lewis Lures grinning like a Cheshire cat from Alice in Wonderland, standing over a single bait on a vibrating stand in the center of his booth. He was smiling because they had created a bait with sound qualities of the original Rat-L-Trap but the hunting action and diving capability of a squarebill.

I really wasnâ€™t shocked too much as they had developed several other baits including the SlapTrap, the Pro Trap Series, and a lipped trap called a Diving Trap, but honestly, they didnâ€™t resonate at the time. Likewise, the Floating Trap was slow out of the gate, but it now has a huge following with grass anglers. In fact, Bill Lewis Lures just extended that line.

It is funny how many of us who bought in now have an arsenal of baits like these and have found they were just ahead of their time. 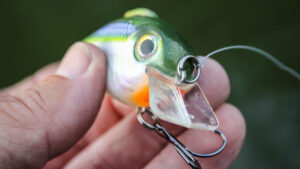 I recently had the opportunity to fish with the new Echo 1.75. The shad are balled up everywhere and the bass are back biting shallow crankbaits again this fall. I was immediately impressed with the crankbait. In fact, I kick myself for not using it sooner â€” shoulda, woulda, coulda â€” but that is in the rear view now.

Typically a squarebill is an early spring and late fall addition to my arsenal, but this year I have been busting them in late summer too.

Our lakes in the central part of the country have had some of the best shad spawns of all time. Large balls of shad in the 2-3 inch size cover the lakeâ€™s surface and down into the water column. Bass have been pushing them to steep banks and small pockets for an easy meal.

I have been utilizing Humminbird Side Imaging chasing these schools and looking for suspending bass below them. Many of the fish caught have been suspending 10 feet down over 30 feet of water.

A unique erratic action makes all the difference and is a big plus on heavily pressured waters. The Echo 1.75 is a squarebill but has a very unique rattle and hunting action.

I keep the bait active in the area with a Hydrowave. And the Echo 1.75 has been a key ingredient for triggering strikes in this suspending situation. 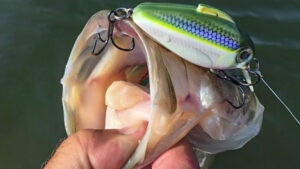 Speaking with the designer of the Echo 1.75, Brian Branum, a Texas engineer and angler who recently won the Bass Champs Texas Shootout with Randy Dearman, we found that this bait offered some different and unique challenges for a squarebill. They wanted something unique combined with properties of sound and hunting actions. It was especially designed for highly pressured fisheries.

â€œI have been involved with lure design for quite some time and have done work for Santone, Stanley and Gambler, to name a few,â€ Branum said. â€œI designed the Giggy Head for Gambler and several of the first swim jigs for Stanley that were ever on the market.

â€œThis project was unique as it became a collaborative effort with Wes Higgins, and professional anglers Andrew Upshaw, Cliff Crochet and Boyd Duckett.â€

Initially, Upshaw spoke to Branum and Higgins at an event at Sam Rayburn and discussed the type of squarebill he would like to have. From that initial discussion the wheels started to turn.

â€œAndrew was looking for a squarebill that had a pronounced rattle but would dive to 3-5 foot and hunt without being too large,â€ said Branum. â€œThat was a tall order and this bait took more than a year to get right. Being able to get a loud rattle in a small bait with a lip took a lot of trial and error with materials. We had to be precise â€” there are 7 beads in the bait. This bait met extremely tight weight tolerances and had to be managed to allow it to run effectively.â€

Noted design advantages include a unique ultra-sonic weld, 3D Prism Eyes, Concave belly for erratic action, Mustad number 4 Triple Grip short shank hooks and a totally optimized pricing model. Cost has been and will always be a trademark to Rat-L-Trap and they wanted this bait to fit into every anglerâ€™s budget. 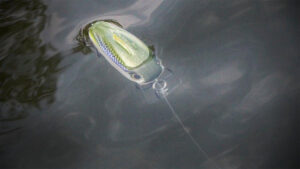 We are tackle and bait junkies and are always looking for situational baits and techniques that can make a difference. No question the Echo 1.75 opened some doors for not only cold water applications but hot water ones as well.

In my eyes, there is nothing better than finding something that makes catching the most important part of the process. I love fishing, but it is the catching that makes me go back. Alternating retrieves, utilizing techniques that others might miss and constantly learning more about what green and brown pea-brain swimmers do is what makes us go.

I recommend you give the Bill Lewis Echo 1.75 a try, in particular, if you fish highly pressured lakes. They are available in 19 colors and cost $6.49. It is 2 1/2 inches long and weighs 2/3 ounce.  You can check them out at TackleWarehouse.com and other retailers that carry Bill Lewis Lures.