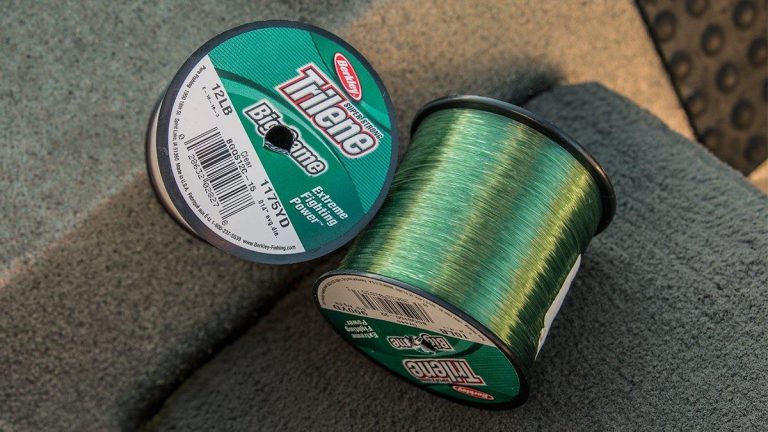 Discussing fishing lines often turns into a Ford vs. Chevy-type of debate for bass fishermen. We use the line that we trust because, as we all know, our fishing line is the primary thing that seperates us from the bass of a lifetime. Our allegiance with a particular type of line runs deep and by gosh, nobody is going to change our minds.

Throughout my travels and conversations with fellow anglers, Berkley Trilene Big Game is constantly mentioned. It has a major following not just for recreational anglers, but big-time touring anglers as well.

I’ve used it for years and it’s some of the strongest monofilament line I’ve ever used. The price, however, is what makes it even more special—you can get up to 1,700 yards for $8.99. Yes, you read that correctly.

A lot of anglers have begun to shy away from monofilament lines in favor of fluorocarbon and braid. But when it comes to topwater plugs, buzzbaits and wintertime cranking, good ol’ fashioned monofilament is difficult to beat. The extra stretch and buoyancy can be a big difference maker with specific techniques.

Berkley Trilene Big Game is remarkably tough. After using it for years and having several tournament partners use it in my boat, I have not witnessed a single line breakage with this line.

Whether you’re fishing underneath docks, fighting a deep crankbait fish around standing timber or grinding a finesse crankbait through strumps, you’ll appreciate the sheer durability of this line.

The strength of this line is particularly useful for those who fish from the bank. Whenever you hook a big fish from shore, you can’t always maneuver it around cover—most of the time you have to horse it through the thick stuff. You can see-saw Big Game over gnarly limbs and brush without any worry of break-offs.

Its diameter is a bit large, so this incredibly durability doesn’t come without some memory. 8-pound Big Game works fairly well on spinning reels, but I wouldn’t recommend any larger. On casting reels, I use a lot of 12, 15 and 20-pound test without many line management issues. It will get a bit springy after about a month on the reel, but its low price makes re-spooling much less painful.

Lower stretch than some monofilaments

A lot of the cheaper monofilament line you’ll buy will be very stretchy—almost like a slinky in some cases. It’s not always a bad thing, but too much stretch will result in less energy transfer on the hookset and decreased sensitivity.

Berkley Trilene Big Game was designed with a controlled stretch, which is hugely beneficial in several different scenarios. You’re able to feel bites better, you can penetrate the hook easier on a softer hookset and you’re in control of a big fish when it’s in thick cover.

With that being said, it’s quite forgiving. I’ve had several co-anglers hook big fish in my boat over the years with this line and they should not have gotten them into the boat. Their drags were far too tight and the fish would be bulldogging them all around the boat and their Berkley Trilene Big Game wouldn’t give. It had just enough stretch in it to keep the treble hooks firmly planted in the fish’s mouth.

The price is unbeatable 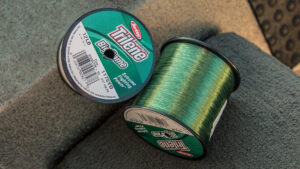 I honestly don’t know what more I can say about it. That’s an incredible value and don’t let the low price tag fool you—this is a fine monofilament line.

If you like to use monofilament line for particular applications—particularly on a baitcaster—you won’t be disappointed with this line. I’ve used it for a long, long time and it refuses to let me down.

Berkley Trilene Big Game is available at these retailers: