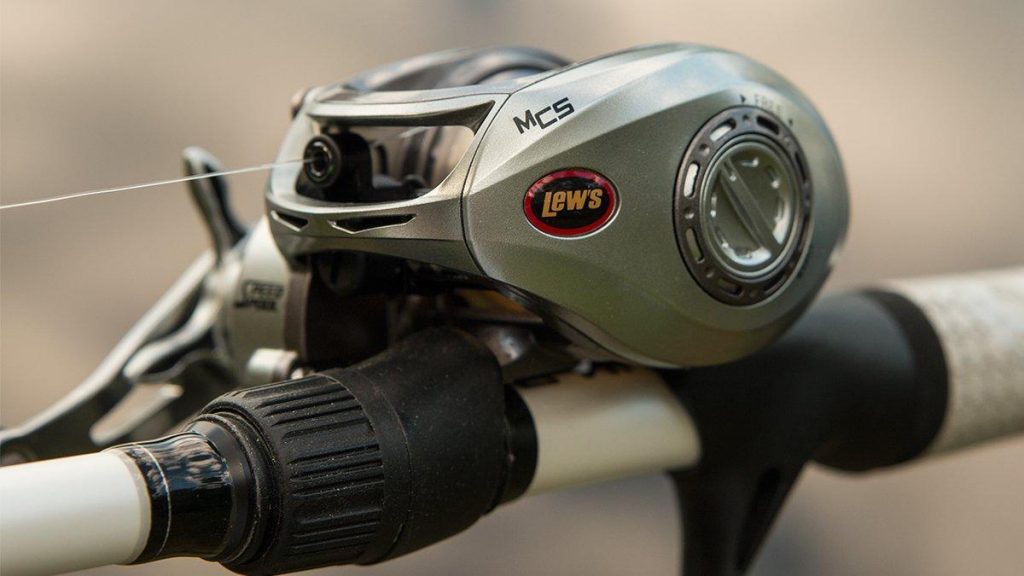 If you’re not careful, bass fishing can become pretty darn expensive in a hurry. One of the more pricey purchases an angler can makeâ€”besides a boat, of courseâ€”is a high-quality reel. Although it seems like they become more expensive with each passing year, it’s still possible to find a stellar reel at an affordable price point.

I’ve had the opportunity to use this reel for the last year or so. After lots of casts, flips and pitches, I’m impressed by several of its design features. 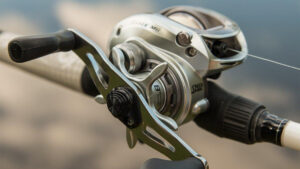 It wasn’t too long ago that I was a broke college angler trying to make it in this industry. I simply couldn’t afford the high-priced reels, so I rarely paid more than $100 for one. In doing so, I became quite familiar with the pros and cons of less expensive casting reels.

A lot of reels in this price range work very well for a few months. They’re fairly smooth out of the package and they’re plenty good enough to wrench on some nice bass. But the problems I’ve always experienced always occur around the six month mark.

As earlier stated, I’ve used the Lew’s Laser MG Speed Spool for about 14 months and I haven’t been easy on it. It’s been beat to death in my rod locker, thrown in the back of my pickup truck and has caught lots of quality bassâ€”I haven’t cleaned it either. 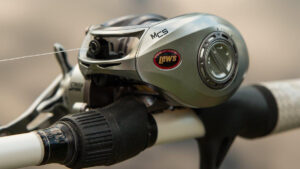 It still operates just as flawlessly as the day I got it. It doesn’t screech or squeal when I cast and the drag remains insanely smooth. Throughout my experience, I’ve found this to be quite rare in this particular price range. I’ve fished with this reel in tournaments, guide trips and plenty of farm pond trips and regardless of what I put it through, I’m unable to find any mechanical or structural flaws.

Also worth mentioning is the exterior condition of the Laser MG Speed Spool. It resists boat rash quite well and even after a lot of banging around in an old, rusted john boat, it still looks great which, for those who like to replace their reels every few years, should help resale value as well. 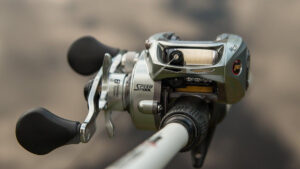 Some reels just don’t cast well; they might work fine for a few heavier lures but they often require constant tinkering for lighter lures. It’s obnoxious and it wastes a bunch of precious fishing time.

I’ve found the Laser MG Speed Spool to cast exceptionally well in both calm and windy conditions. Making long casts into the wind is totally doable with this reel and you’ll have very few backlashes. I’ve put it in the hands of some novice anglers and they’ve learned the basics of baitcasting with no problems whatsoever. 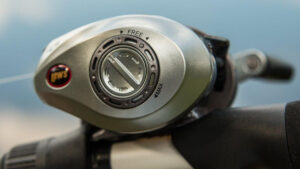 It can be a little bit temperamental with weightless soft plastics, but it’s nothing that would dissuade me from continuing to use this reel. The Magnetic Control System cast control allows for very small adjustments based on lure weight and wind speed, so after a few minutes of tinkering, most anglers will be able to easily dial it in to their specific preferences. 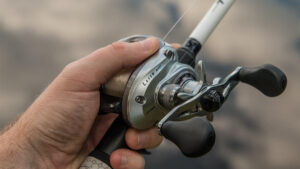 Weighing in at 7.2 ounces, this is a comfortable reel to use for an entire day of fishing. It’s lighter than many reels I’ve used in this price range and its streamlined profile fits nicely in your hands.

Perhaps my favorite feature of this reel is the 95 millimeter power crank handle available on the 5.4:1 gear ratio model. Because this lower gear ratio is most commonly used for bombing deep crankbaits over offshore structure, Lew’s added this larger crank handle and oversized paddle grips to add a bit more cranking power and control.

Whether you’re burning a plug or crawling it across the bottom, you have a solid grip on the reel at all times and you’ll also notice a definite decrease in the common cranking fatigue that occurs with big plugs.

Gear ratios that cover your bases 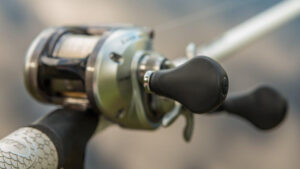 Many casting reels in this price range pigeonhole anglers due to a lack of available gear ratios. I guess only producing one ratio saves manufacturers money.

The Laser MG Speed Spool, however, is available in three ratios that cover just about any technique or presentation you can think of. If you wanted to use this reel throughout your entire lineup, you definitely could.

I suggest the 5.4:1 for deep crankbaits, big swimbaits and deep spinnerbaits.

I’m always impressed by Lew’s reels and this budget-friendly model is no different. It’s a practical purchase that can cover a wide array of bass fishing techniques and it has proven to be quite durable throughout my testing.

The Lew’s Laser MG Speed Spool is available at TackleWarehouse.com.