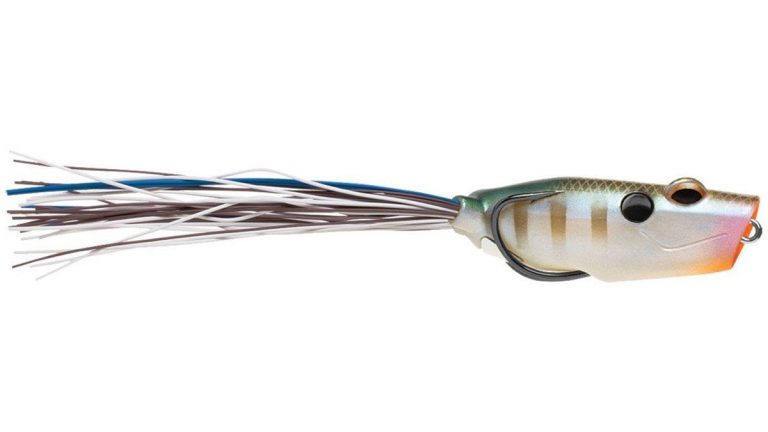 I don’t think it’s possible for me to overstate the effectiveness of topwater frogs when you’re searching for big bass. If water temperatures are above the 60-degree range and you make an effort to stick with it, you’ll wind up catching a huge bass. It’s purely just a matter of time.

I’ve tested nearly every frog on the market and have learned to pay attention to some very key features throughout my evaulations. For the last few months, I’ve spent a lot of time fishing with the new Terminator Popping Frog. It turned a lot of heads at ICAST, but I needed to see whether or not it would turn the heads of big bass in my local fisheries.

New to frogging? You can walk it. 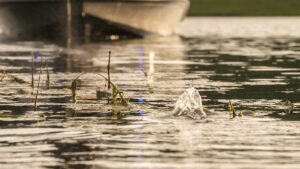 You always hear about the importance of a topwater frog that walks from side to side. Sure, it looks pretty cool; but that’s not exactly what folks are talking about. Walking your frog allows it to move a lot of water and create a disturbance while staying in a very small strike zone. Some of the biggest bass you catch will be the most lethargic, so a constant agitation above their heads is often the only way to coerce a bite.

The Terminator Popping Frog walks just as well as their original Walking Frog and dare I sayâ€”maybe even a little better. Even if you’re an inexperienced frog fisherman, you’ll quickly pick up on the proper rod cadence.

After a long cast to isolated cover, all you need to do is start making subtle, downward twitches with your rod tip. Don’t pull the frog because that will move it too far forward; instead, just pop the slack in your line. This will cause the Popping Frog to walk aggressively and create an enticing commotion on the surface. 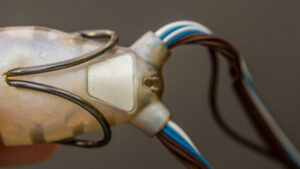 When this frog is walked, it’s not going to sound like an old-fashioned topwater popper. It’s more of a loud spit. You can, however, achieve more of a popping noise by making your downward rod twitches a bit more aggressive. This is especially effective for me in the early mornings before the sun rises above the tree line.

If you’re an experienced frog fisherman, you’ll be quite impressed by the Terminator Popping Frog after just a few casts. I’ve had several fish lately swing and miss on this frog, but its ability to continue walking in a small area has allowed those fish to come back and inhale it.

The biggest knock people have on frog fishing is the often subpar hookup ratio. Sometimes it’s the frog’s fault and sometimes it’s our own bad mechanics. But throughout my testing, this frog allows for high-percentage hookups on nearly every blowup.

The weight placement on the rear of the frog makes the bait sit tail-down in the waterâ€”it’s not one-hundred percent level. Not only does this make the frog walk a bit easier, but it also gives the bass a better opportunity to grab the hooks when they attack it. A lot of frogs can result in the bass blowing them up into the air, but I rarely have that issue with the Terminator Popping Frog.

To further increase your hookup ratio, you can also bend the hooks outwards on this frog. I’ve caught plenty of bass with the hook points in their normal position, but this modification does seem to help on bluebird sky days when they tend to suck it underneath.

Topwater frogs are notorious for filling up with waterâ€”some more than others. It’s bound to happen from time to time, but constantly squeezing the water from your frog between every other cast wastes a bunch of time.

The Popping Frog doesn’t fill up much, even after lots of fish catches. I’d say on average, you’ll need to squeeze it every 25 or 30 casts. 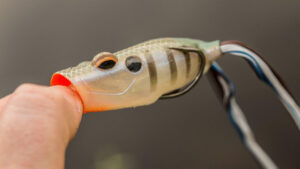 This is a pretty large frog when compared to other frogs on the market, but that’s a good thing in my opinion. It weighs in at 9/16-ounce and with a medium-heavy rod and 65-pound braid, you can cast this dude a country mile. On every cast, I can feel my backing knot rubbing against my thumb.

This increased castability has been advantageous throughout my testing. I’m able to stay far away from the key areas and make long, pinpoint casts past cover. This way, I’m not landing my frog right on top of the fish and spooking them. It’s also been very useful when paralleling long grass linesâ€”those big bass often use the edges as ambush points and if you get too close, they’ll vacate the area.

If you like to fish with topwater frogs, I would certainly recommend giving the Terminator Popping Frog a try. It’s a beefy frog that walks like a dream, holds up to abuse and casts effortlessly.

The Terminator Popping Frog is available at TackleWarehouse.com.