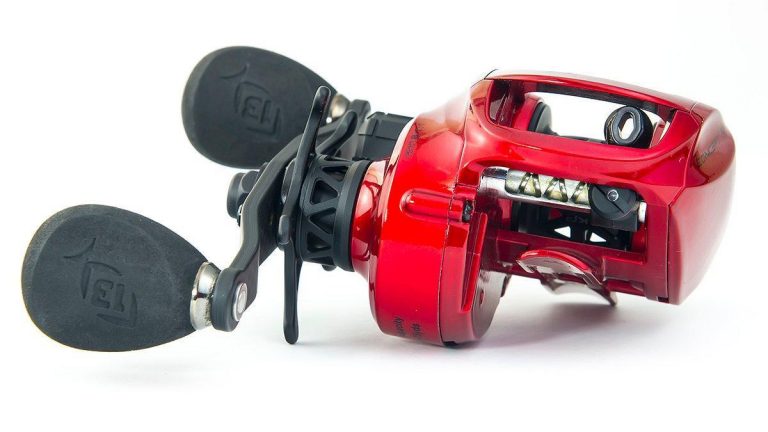 Fishing reels have come a long way since we first started fishing. Manufacturers in recreational fishing constantly seek out the new materials and mechanisms to improve or recreate existing designs. When manufacturers produce really good quality reels, it seems to set them on a quest to see just how good they can make a reel. That often leads to flagship designs.

I’ve been testing the 13 Fishing Concept KP reel since this spring. Why test it so long? Well because I was having too much fun with it. It was my main flipping reel all through the “flooded bushes season.” Then it was my skipping docks reel in the summer. And lately it’s been a nifty little topwater reel. 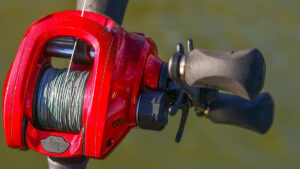 I’m a fan of technology having spent a decade in an information technology career before becoming an editor and publisher. So I was curious why make such a high-end reel. What technology were they wanting to showcase in this reel.

Chief designer Matt Baldwin and I chatted some on the reel components, but as per usual, our discussions turned to the lighter side of things. We both have a chief philosophy to work hard but to never take yourself too seriously. That’s probably what drew me to 13 Fishing the first time I ran into them at ICAST a few years ago. That and their cool new products.

KP actually stands for … Killer Penguin. They were joking one day about how arbitrary the letter and number designations that companies put on products can be including automobiles, electronics, and even bass boats and fishing reels. So they wanted to put some fun and silliness into the naming of this reel. So the Concept Killer Penguin was born. 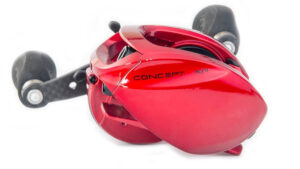 The reel, however, is no joke. It’s the lightest reel I’ve fished with bar none. But it’s not just light. It’s solid too. A lot of reels made to be light, don’t hold up well. So that’s why I wanted to test this one a lot longer.

It has a magnesium frame. Anytime you hear those words, you can add a couple hundred dollars to the price. That stings a lot I know. But striving to make the best reel with the best materials ends up costing a lot in materials.

Add custom-made carbon side plates and the reel weighs a hair more than 5 ounces — literally like a hair off your head more. It features their unique Arrowhead line guide that seems to improve casting a lot over conventional line guides. And the drag was solid at 13 pounds. I had no problem horsing bass out of bushes and shallow cover this spring. 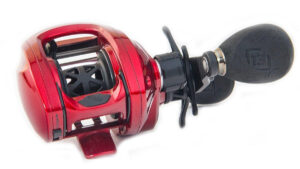 It also sports their custom-designed Ceramic Hydro Spool bearings. And that is the secret to this reel. Those ceramic bearings spin so freely, that it’s nothing to literally cast to the end of your line on their Hex 13 Spool that holds 80 yards of 12-pound test. I would put it up there as one of, if not, the best casting reel I’ve fished.

The Hex 13 Spool makes a perfect flipping and pitching spool for this reel. It’s also good for other baits and line sizes. Guys freak out because it “only holds 80 yards of 12 pound line.” But consider this: most guys put backing on their reel, because they only want to spool on 60-80 yards of fluorocarbon to make their spools of line last longer. How about just having a wider spool that only holds the line you need. Then you don’t need backing and you don’t spool on 150 yards of your expensive fluorocarbon.

The reel is compatible with their Trick Shop additions, however, so you can get a deeper spool to fish if you so desire. The deeper spool adds a little weight to the reel, but it’s negligible. 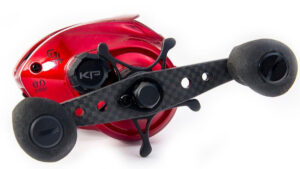 You want a reel that spins freely and effortlessly when you’re pitching spinnerbaits around grass, crankbaits on shallow laydowns, swimbaits on docks, etc. You want to be deadly accurate, and guys undervalue how important a good reel is to that effort. Any reel can bomb a heavy bait out into open water. Anglers wanting to make precision casts with various lightweight lures need good bearings and smooth performance from a higher-end reel.

I love this reel. It’s easily one of my favorites. It’s compatible with all the Trick Shop parts as are all the Concept reels from 13 Fishing. If you’re saving up for one nice reel a year, this might be the one to consider. If you’re significant other is looking to get you one really nice Christmas gift this year, this might be it.

You can find the reel at TackleWarehouse.com or at 13Fishing.com as well as any of the increasing number of retailers carrying 13 Fishing products.

You can see this reel in action in this video we shot this spring. 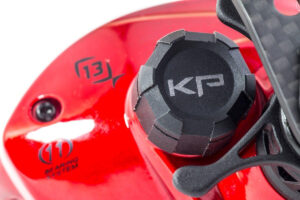 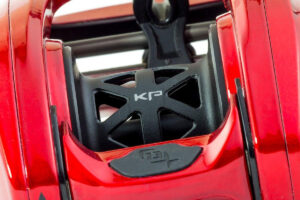 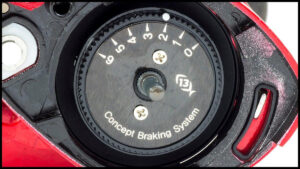 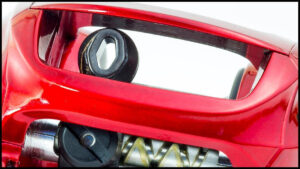