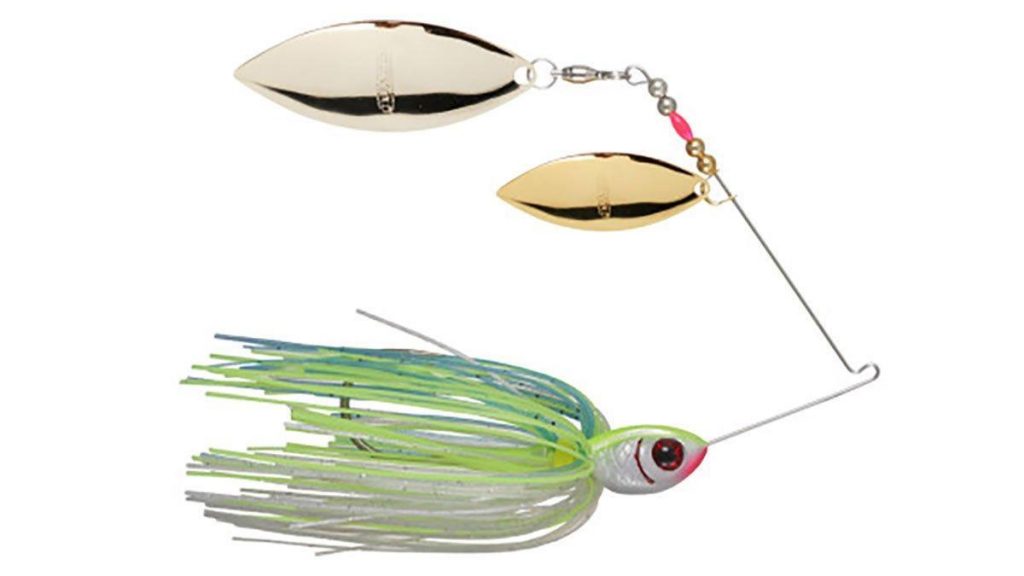 While few anglers talk about spinnerbaits these days, the fact still remains: Theyâ€™re an excellent choice throughout most of the year. These blade-and-wire concoctions will often outperform newer and â€œsexierâ€ lure designs in tough fishing conditions, making them a must-have for every serious bass angler.

Iâ€™ve spent a considerable amount of time fishing with the Booyah Blade Spinnerbait this year. Whether Iâ€™ve fished it around docks for post-spawners or on shallow creek flats throughout the fall, it has been a consistent producer for me when several other shallow-water presentations have failed.

Itâ€™s hard to ignore the price of this lure. The Booyah Blade is priced at just $4.99 which is much less expensive than many spinnerbaits on the market. If youâ€™re just getting into spinnerbait fishing, I think itâ€™s pretty impressive you can stock up with four of these lures with a single $20 bill.

Iâ€™ve caught a lot of fish on this spinnerbait over time and Iâ€™ve only had one or two breakâ€”and that was after countless fish catches. The .035 gauge wire is surprisingly durable and even holds up well to the occasional gar, catfish or small pike. It will occasionally lose some of its shape after a big bite or a nasty hang-up in thicker vegetation, but Iâ€™ve been quite impressed by how easy it is to bend it back to its original shape. It takes about 2 seconds and the spinnerbait swims straight with no issues to speak of.

The castability of the Booyah Blade has also been excellent. Iâ€™ve used a lot of spinnerbaits that catch a bunch of wind and helicopter in mid-flight, causing shorter and more inaccurate castsâ€”thatâ€™s probably one of the biggest downfalls of spinnerbait fishing. Although I havenâ€™t been able to pinpoint exactly why this lure casts so well, itâ€™s very easy to make professional-esque casts in pretty windy conditions. It flies straight in the air, allowing your to feather your spool and make very quiet, subtle casts in ultra-shallow water. 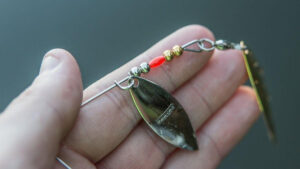 In regards to skirt durability, the Booyah Blade is â€œgoodâ€. After a few fish, youâ€™ll likely have to readjust the skirt a few times, but very rarely will you have the entire thing fall apart. It stores well, too, which is a big deal to me. I can put a damn Booyah Blade in a box and weeks later, the both the rubber band and the 50-strand skirt looks as good as new with no dry rotting or cracking. 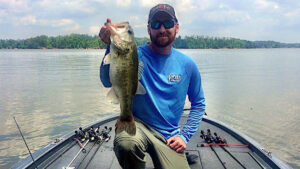 Iâ€™ve had an opportunity to test this spinnerbait in just about every condition you could imagine and I can confidently say that itâ€™s a bona fide fish catcher. Itâ€™s aesthetics and shelf appeal probably wonâ€™t blow your mind, but it flat-out works.

This is not a vibration-type of spinnerbait. I think the wire is a bit too thick to allow for ultimate vibration and feel throughout the retrieve, but again, my results with it have been excellent. Youâ€™ll feel more of a resistance instead of a â€œthumpâ€ when you reel this lure. Iâ€™ve had my best results by slow-rolling the 1/2-ounce model right underneath the surface, creating a large bulgeâ€”most of my bites have been visual and very aggressive. 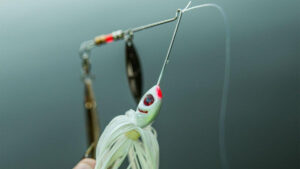 Iâ€™ve also found the Booyah Blade to work best in both open water and around sparse vegetation. The pointed head shape allows it to be retrieved quickly while also cutting through grass strands with ease. Thatâ€™s certainly not to say you canâ€™t fish it around wood, but it will occasionally wedge in the small forks of laydown trees and brush piles.

For a $4.99 spinnerbait, the Booyah Blade is everything it needs to be. You can take it out of the package, tie it on and immediately fish it without any time consuming tweaks. It runs true, it holds up relatively well and the blades and ball-bearing swivels donâ€™t bind up, corrode or stop turning. Itâ€™s a good choice if youâ€™re looking for a simple way to catch fish.

The Booyah Blade Spinnerbait is available at TackleWarehouse.com.