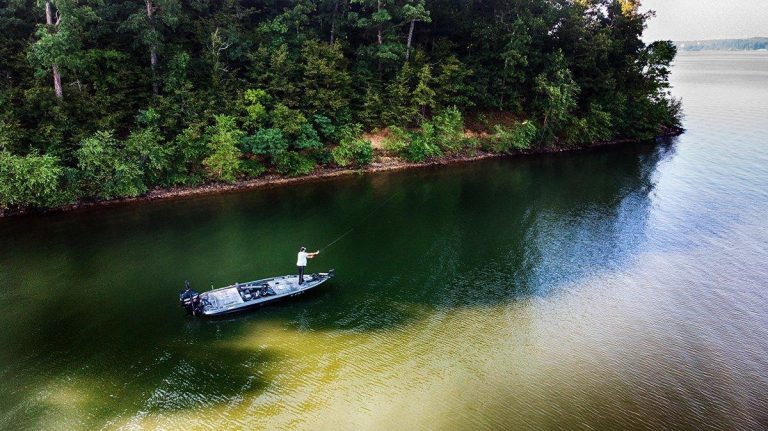 Some of the coolest experiences in bass fishing can be had with big swimbaits because they will expose a lot of big bass you might not otherwise see. But it would be a lie to say it’s all cool stories all the time. There can be a lot of frustration with hunting bigger bass with big swimbaits and lot of near misses that make you question what you are doing. I think everyone that has thrown big swimbaits has struggled with turning followers into biters at some point.

I’ve had so much success fishing swimbaits deep, that it’s gotten to be all I wanted to fish. But I’ve been fishing big swimbaits shallow a lot more and had some follow days that have had me questioning throwing big baits more recently. So I have been bouncing ideas and experiences back and forth with other big bait anglers.

That got us on the discussion of followers versus biting bass. I think that is where a lot of guys give up on the big swimbaits. They apply traditional methods they use for smaller lures, have no bites or maybe a follow or two and chalk it up as something you can only do on certain lakes. But the guys that push through and start applying some less common practices with much larger new profiles see a lot more hookups.

Mike Bucca is most widely known as the creator of the Bull Shad, but he’s an avid trophy bass hunter with big swimbaits. While he makes a very successful swimbait, he probably owns one of the largest swimbait collections out there. So he is very much a student of the big bait game and has scored numbers of big bass on lakes around Georgia that other anglers thought were dead fisheries.

Mike Gilbert, maker of the Battle Shad, is another big bait maker and trophy bass hunter in California. He has been sharing a lot of insights on this same concept of followers and breaking points on his YouTube Channel Working Class Zero. Gilbert has numerous 10-plus-pounders to his credit, including a 17-pound monster on a big swimbait. So he’s definitely put in the time on figuring out these tipping points.

Here are 7 suggestions to turn the tide in your favor on getting those big bass following your swimbaits to commit and increase your odds of landing the trophy of a lifetime. 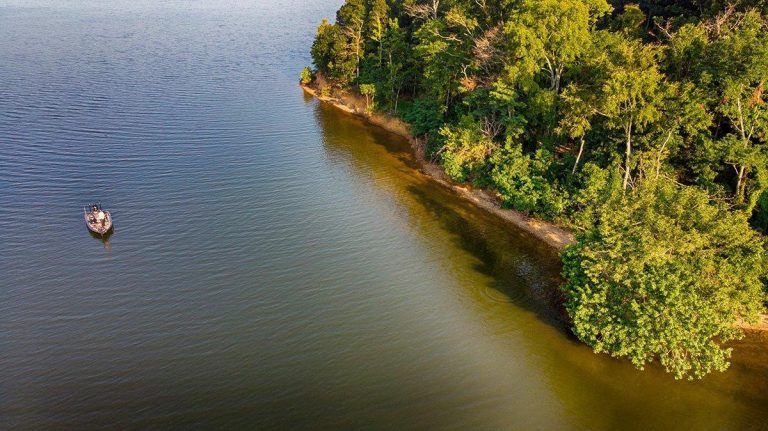 This seems fairly obvious but these baits are massive, they make big splashes but they also can get your lure a lot farther away from your boat that most lures on heavy duty equipment.

“The old adage if you can see them they can see you is never more true,” Bucca said. “You have to not only be able to make long casts but you have to be able to lob that 5 ounce bait and feather it in between a boat and a dock or a laydown and the bank from a long distance.”

Bucca will even crouch down at the site of a follower to hide his silhouette from the fish as it approaches the bait. The further out you can get a fish on the bait the more room you have to get him to bite before he sees you and the boat. 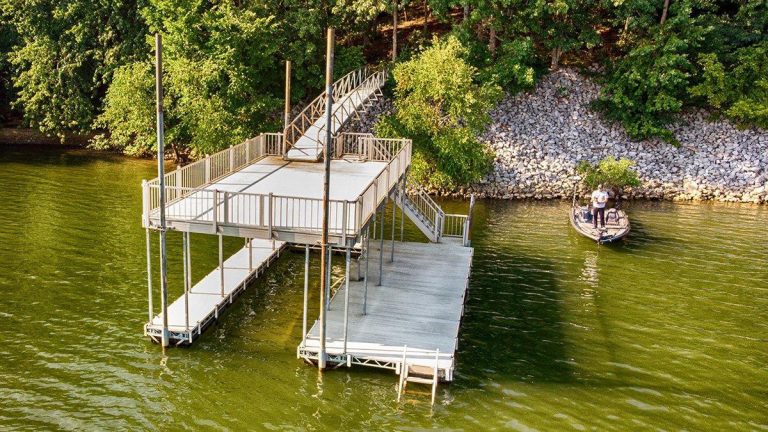 “I tell people if it’s a pain in the rear to get your boat set up there, it’s probably the right way to fish the spot for a trophy,” Bucca said.

Bucca often gets behind a dock and casts out in front of the dock and brings his bait back to the dock and behind it. The fish hardly ever see lures coming from that direction and it’s often all that is needed to convince a bass that it’s real.

“Most guys are fishing shallow or fishing the bank but they are casting perpendicular to it and not paralleling in the best zone,” Gilbert said.

If you will parallel more you will be ahead of the curve.

3. Get into position better 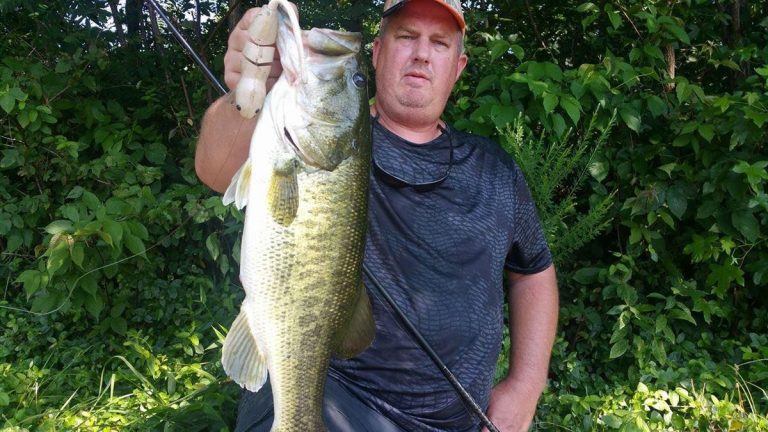 Bucca is adamant about getting into position but being stealthy. He will often get up speed on the trolling motor and then coast into position before making a cast.

He will go as far as to beach the boat and walk behind a laydown and fish it from the bank, coming from deep water back to shallow. That’s where a bait like a 4×4 wake bait or a rat bait can be dynamite. 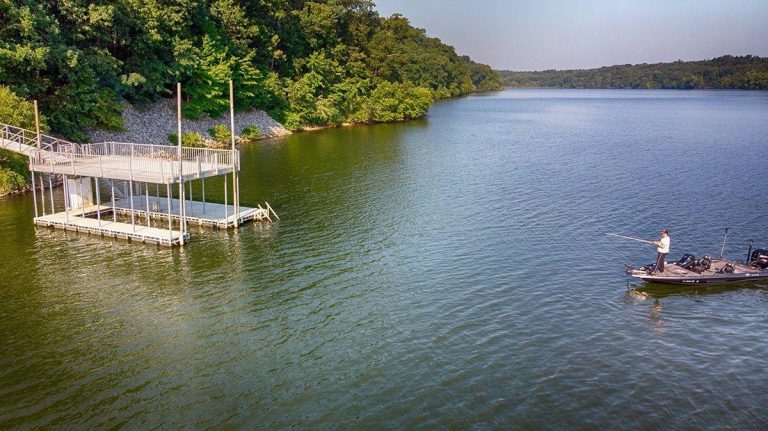 Most big swimbait anglers are familiar with ROF or rate of fall which describes how fast a bait sinks or falls a certain number of feet after the cast. I think Matt Peters of Southern Trout Eaters was the person to coin the phrase Rate of Stall for swimbaits which describes how long a bait can stay in the strike zone. For instance a glide bait might move really far left to right without moving forward or back to the angler much. So it’s producing action but it is stalled longer in one area without moving closer.

By using your distance, boat position, and angle, you give yourself more room to work a swimbait, pause it, kill it, twitch it and otherwise stall it in the strike zone to elicit a reaction from a bass without getting too close to your boat and putting them on guard to your presence. 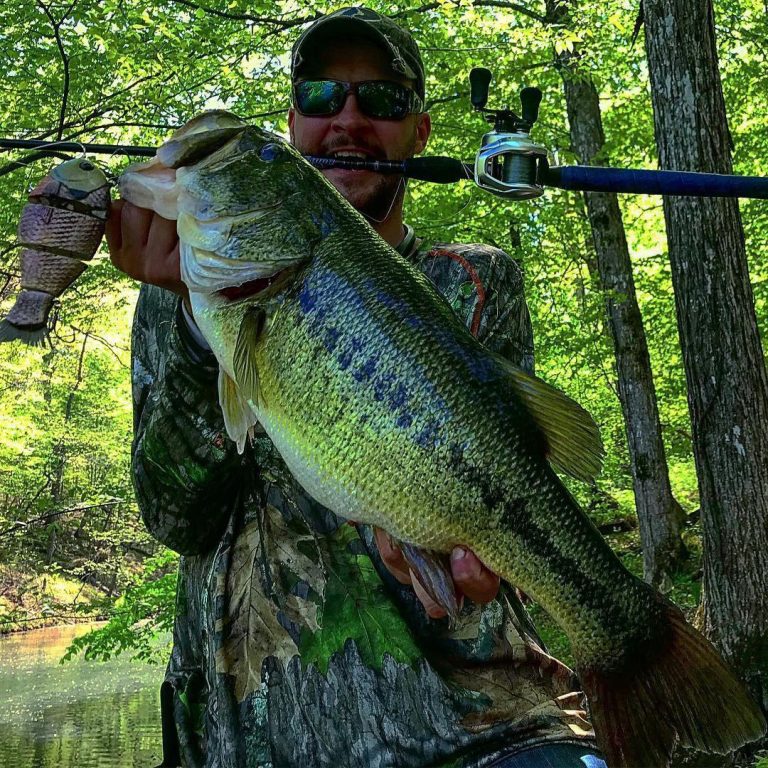 There is probably still a great bastion of low light big bait fishing to still be unearthed but throwing big swimbaits at night can be very successful. Especially if you pay attention to areas like docks that might offer lights and other attractants to forage and bass while concealing your presence even better. 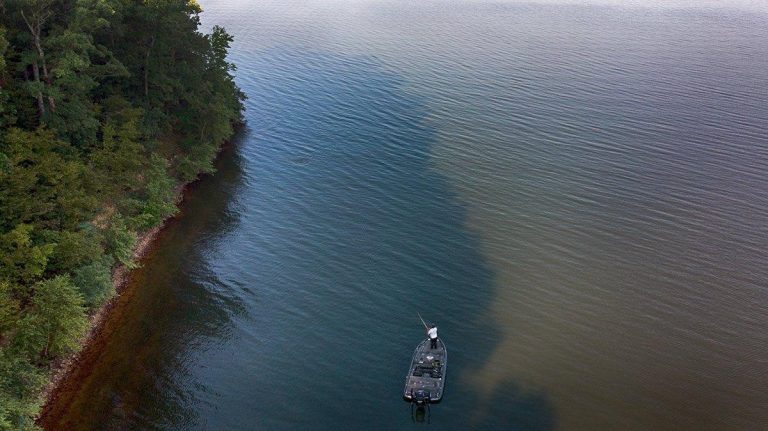 Along those same lines, I have found that breaking up the silhouette of everything seems to help with swimbaits. I have had followers in one area, bite on a different day when the conditions changed. Maybe I had a follow on a slick sunny day. Then I came back a day or two later and it was cloudy or a little wind that broke up what was above the surface more and concealing you from the fish much better. 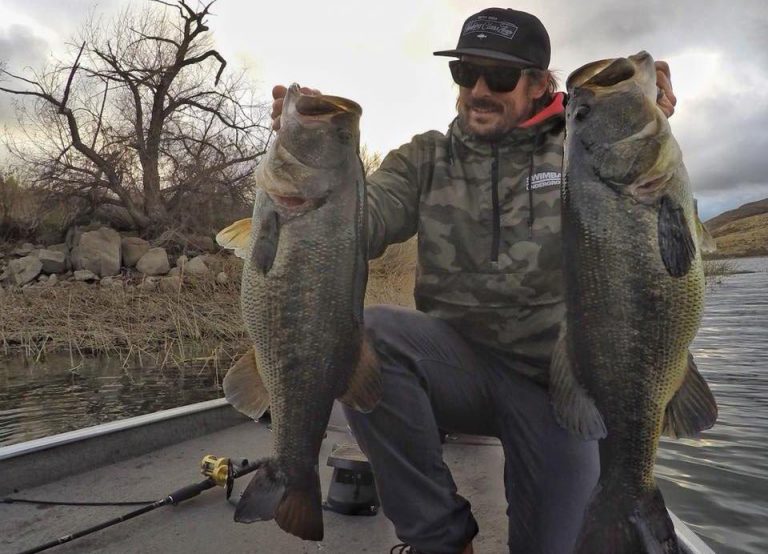 In a couple of recent videos, Mike Gilbert talked about as well as proved a theory he has about getting past the breaking point for bass by adding a lot of distance on his retrieves. In his video, Dock Monster the Full Story of 3 for 30, he catches two big bass by making a long cast, and then letting out a lot of line while backing his boat off the spot and then starting his retrieve.

As he explains in the follow-up video, Beyond the Breaking Point, trophy bass might equate a lure being danger with how far it swims or how it crosses a spot. So if he could give himself more distance to make the bait swim through an area longer or maybe go up over and down on a spot and cover it from multiple directions it would tip the trophy bass past being a follower and get it to commit.

Check out his theory in practice in his video.

Wrap it all up

I have had a few days throwing big baits that have completely opened my eyes to the possibility of what is in different lakes. It can be equally satisfying and frustrating to expose some huge bass others aren’t finding but not be able to get them to bite either.

“Every fish I see as a follower, I blame myself for doing something wrong. I analyze what I think I need to change and I execute on that change. Maybe it’s angle, maybe it’s speed or stall or maybe it’s boat position or conditions. The definition of insanity is doing the same thing over and over and expecting different results. If you don’t like the results change it up.

“A few of my clients have told me this approach to trophy bass fishing is a lot like deer hunting. You might have to approach your stand at a different angle, play the wind, not ride the 4-wheeler to close. Laziness is the No. 1 enemy in hunting trophy size bass. Deer move more at night because of pressure. Each time you spook a fish, they get that much smarter. Casting to a follower again is just helping him equate your swimbait with danger.”