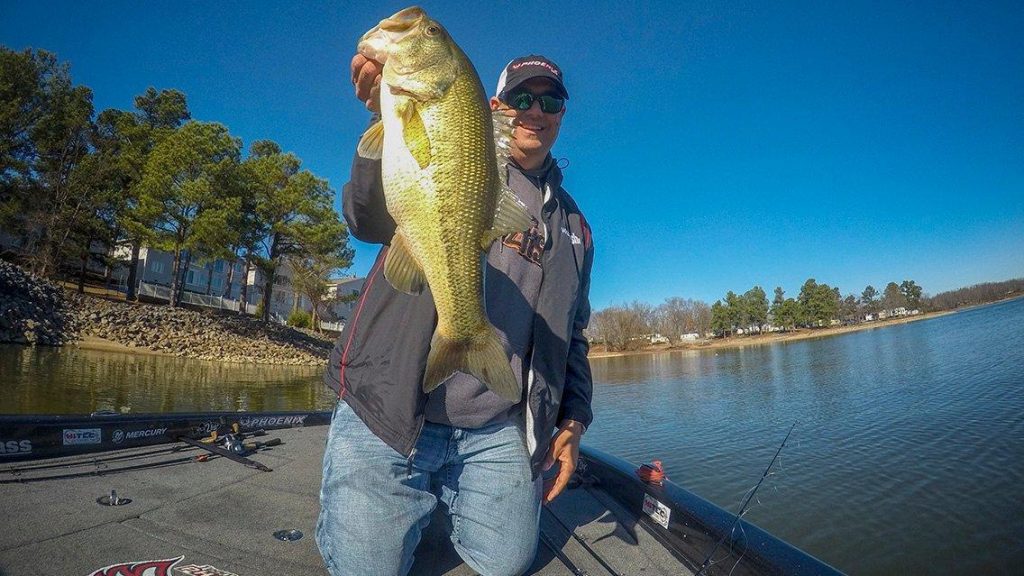 Flooded waters can be tough fishing, especially as it is happening. But fishing rip rap and steeper banks for bass during a flood can be one way to remain consistent in very turbid and rapidly changing conditions.

I’ve had a lot of messages this week about what the rising water is going to do to the fishing on Kentucky Lake. Ten or more feet of water always affects fishing.

It got me thinking, however, about how flood conditions, especially on the rise, are some of the more daunting scenarios to overcome in bass fishing. And a lot of anglers panic wondering where the fishing will still be consistent with so much additional water.

Rip rap is one easy fall back on rapidly rising water especially in the prespawn as well as steeper, taller banks like bluff walls. When the water is rising rapidly, the flatter banks have water move farther back onto them. The water gets back into the trees, and it tends to spread the bass out and put them in places where you can’t even get a lure to affectively.

CLICK HERE TO WATCH A VIDEO ON CRANKING RIP RAP

Don’t get me wrong, I love fishing flooded cover. Even in the winter. And it will become the deal after the flood waters stabilize and the bass have had time to acclimate to the new levels. It was a fun bite a couple of years ago when the lake flooded like this with warm water. The bass started getting on everything flooded and we had our flipping sticks and 20-pound fluorocarbon out wrestling big prespawn females out of flooded cover with snow suits on.

But while the water is rising quickly and your patterns and locations that had fish start to diminish and disappear, falling back to something that the fish can just rise easily with the water and more importantly that you can still reach is what makes rip rap and steeper banks productive in this window.

I fish rip rap all year. There are times when it doesn’t produce at all, and times where it’s the most productive pattern on the lake. But it’s worth checking from time to time in my opinion. Especially when fishing gets tough and you just need a bite to tell you something about the mood of the bass.

When other places get washed out by high, muddy water that is filled with debris, they become unfishable. Rip rap seems to stay the same. I think it’s true with bluff wall fishing as well, but there is something about a manmade wall of rock that holds bass in the toughest of times.

I fished a small rip rap wall around a small marina on the lake recently that was several feet over my head while standing on the deck of my boat. That same rip rap wall is likely to not be visible in a few days after flood waters crest. I will admit, at that point, it might not be as consistent as a pattern. But fishing water that was already 4 feet higher than the last time I put the boat in, the fishing still seemed consistent. I did the same things I normally did on rip rap, which was focus on finding the irregularities in the rocks and feeling for those irregularities with my fishing lures. 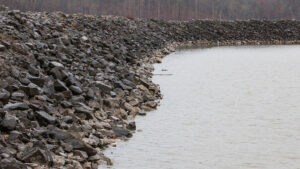 As the water rises up the wall, the bass really don’t have to relocate or even change their behavior like they do in other places. I also believe that the bait doesn’t get displaced as much as they do on other banks either. When the banks flood in other shallower, flatter areas and the water sprawls back into the flooded fields and timber, there are a million new places for baitfish and crawfish to scatter and hide.

But with baitfish and crawfish on a rip rap or steep bluff walls, they can just rise up to the next rock, shelf or outcropping. To them, they are doing the same thing even though the water might be 5 to 10 feet higher. They’re just hugging the rocks and sliding up with the water. Sometimes they are right on the surface next to the closest rocks to the Sun. Some days they are down several feet.

While the way they react might change in the flood, meaning you might have to change from a crankbait to spinnerbait or a jerkbait to a jig, their relative position doesn’t change much it seems.

The rip rap bite will likely diminish as the water stabilizes and even more so as the water reverses and starts to fall, creating current on other places and eddies that will congregate staging and feeding bass.

But as the water races up the bank in other places on the lake, get yourself to some steeper walls and just move up to the next level with the water until things stabilize or start going the opposite direction. 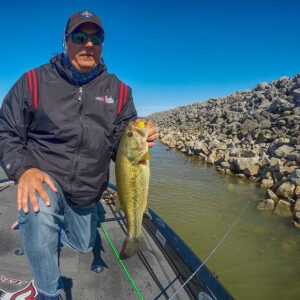