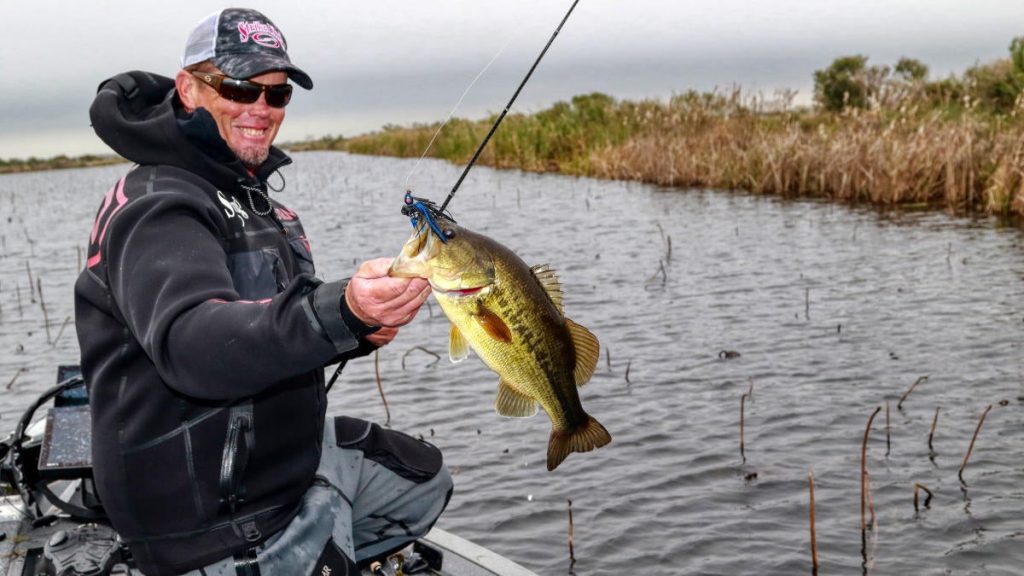 Pad stems offer great bass fishing potential in the prespawn and spawn periods in the form of vertical cover in cold but warming waters. When anglers mention lily pads, they typically envision broad flats and ponds blanketed with greenery. But don’t overlook the dormant period when winter reduces the plants to their spindly stems.

“They’re not as attractive because they’ve been beaten down by winter, and they don’t look very good, but I’ve caught a ton of fish in those pad stems when they’re trying to move in and spawn,” said Bassmaster Elite pro Keith Combs. “Growing up, I used to fish team tournaments in on a couple different Texas lakes that had little clusters of pad stems, but also big bulkheads, boat docks and stuff. In those scenarios, I think pad stems are really overlooked because you had other types of cover.

“It’s not a lot of cover from surface, but under water it’s the ultimate area for a bass to go into a feel pretty secure because he has something all around him. It’s not overhead cover, but if you could look at a pad field under water, it’s pretty thick down there.”

Combs said he thinks anglers often fail to recognize the potential of this inconspicuous habitat because pad stems commonly coincide with a time of year when we’re conditioned to think hard bottom. Bass want to lay their eggs on sand, gravel, firm clay, etc., but lily pads are more of a soft, mucky bottom deal.

“They’ll sweep off a little area of the pad root and drop their eggs right there,” Combs said.

Noting another benefit of pad stems, Combs said: “Bass are a lot easier to target (than when the pads expand) because you can just cast and run a bait right through them.” 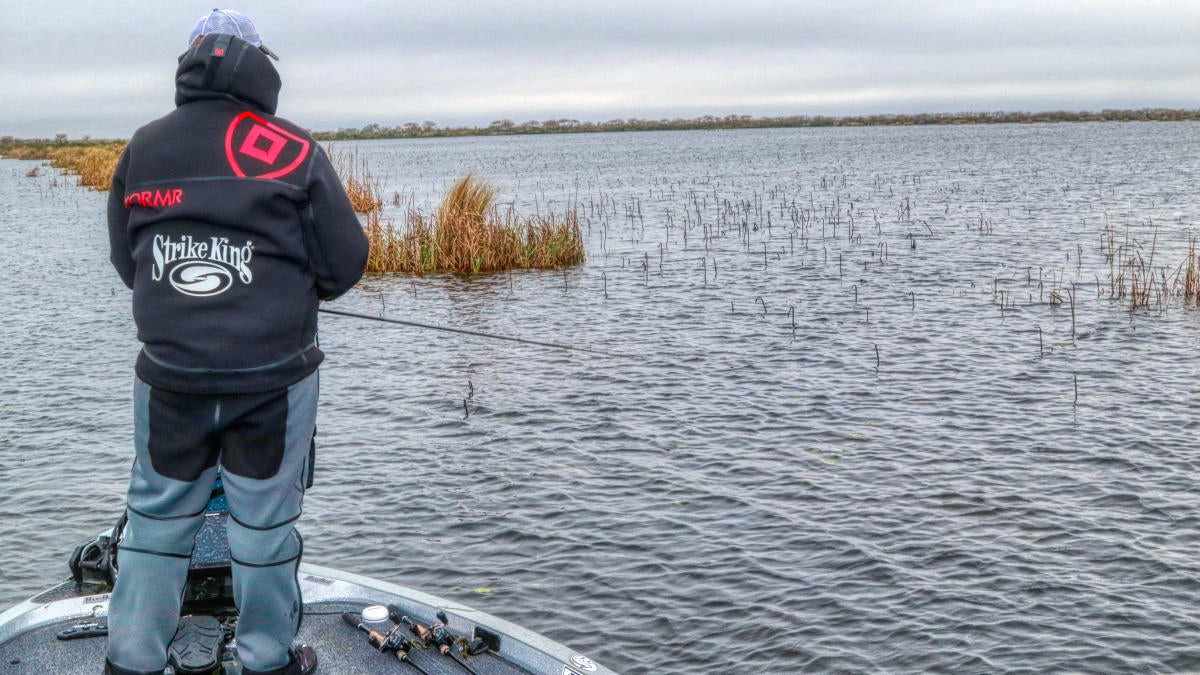 Probably the most challenging part of fishing a large field of pad stems is knowing where to start. Combs said he’ll first look for a little channel or drain running into the stems, as spring bass will use this as a travel lane much like bass following the main ditch into a spawning pocket.

“That’s something you want to look at even before the spawn,” Combs said. “They’ll use the pad stems as cover, but they’ll use that channel before they move onto the flats. That’s stuff I grew up fishing on places like the Red River — just a little drain that cuts through the pad field.

“That’s a pretty normal situation, because during low water, the pads have to have some water close by. So, typically, there’s going to be some drain or depression cutting through the pad field.” 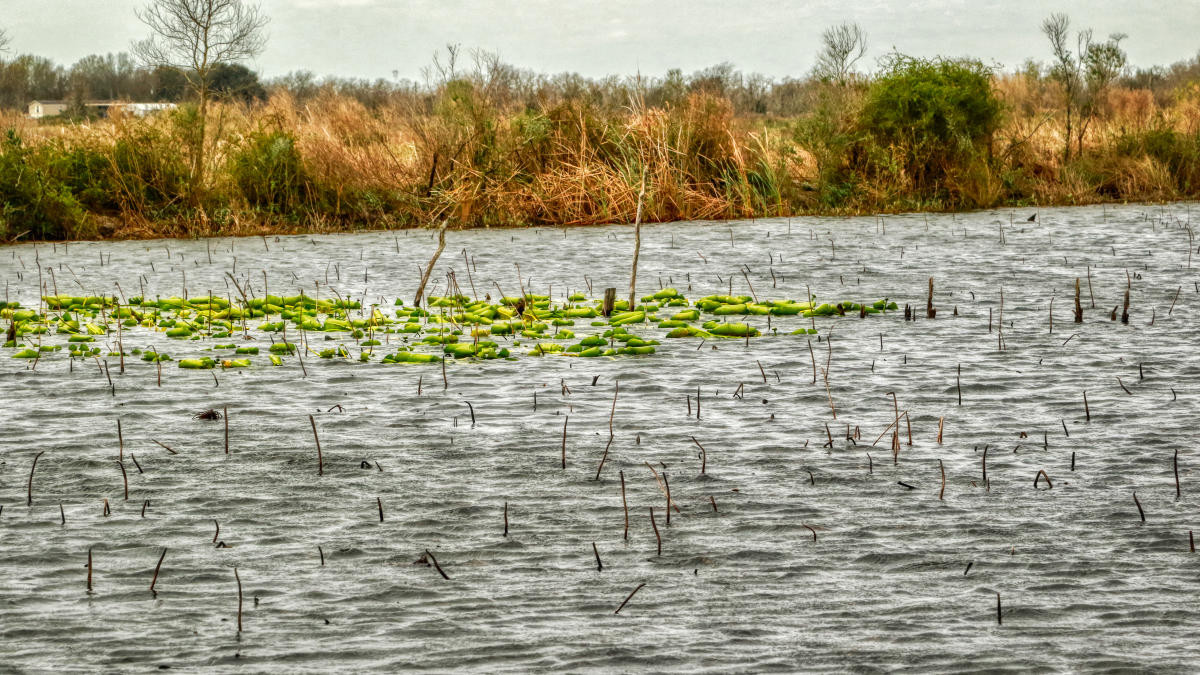 Beyond these depth variances, Combs looks for any irregularities, such as hydrilla, dollar pads or any other vegetation growing amid the pad stems. Two types of cover are always better than one, he says.

Stumps, laydowns and duck blinds are also bass magnets in a stem field.

“There may only be one piece of cover, like a laydown, in the pad field, but it can repopulate hourly,” Combs said. “Also, a small void, the size of a house or the size of a truck and boat, can be a productive area.

“I think it’s a little ridge that was out of the water when the pads were growing during the summer and fall. The pads won’t grow with no water, so that creates a void and I’ve seen beds all around the perimeter of something like that.” 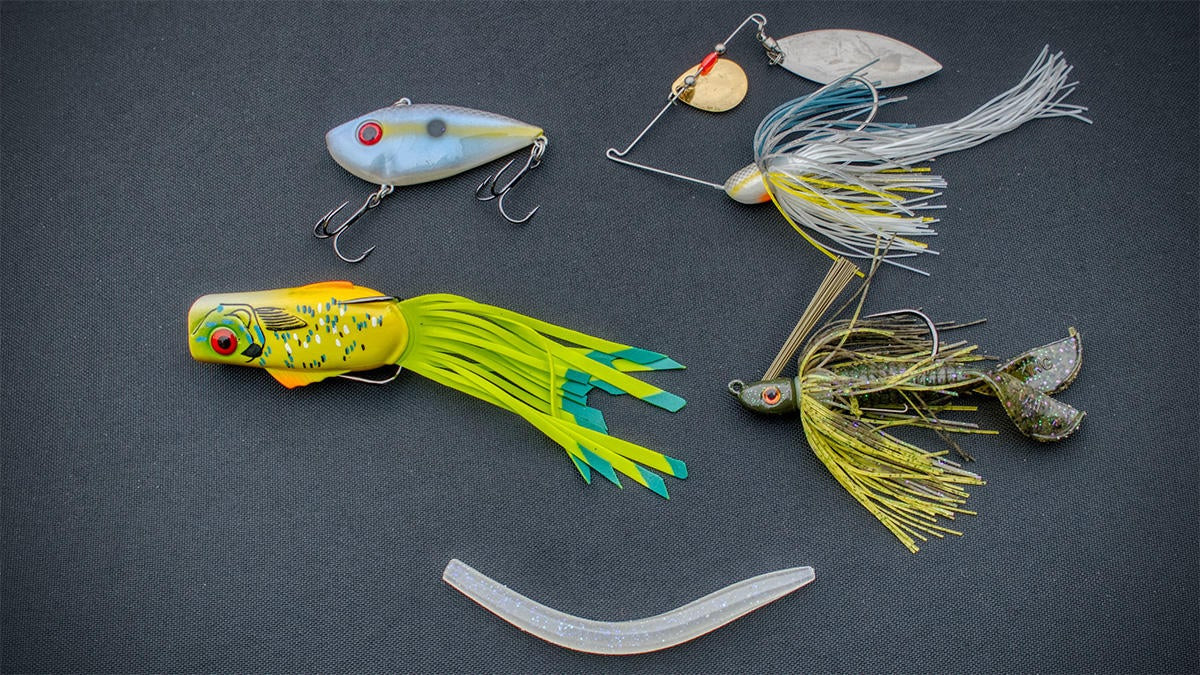 For breaking down a field of pad stems, Combs said covering water is his first consideration. That means a selection of moving baits like a Strike King Redeye Shad lipless baits in the deeper spots and swim jigs, 1/4-ounce spinnerbaits and frogs on the flats.

“I’ll work it over with my running baits, but once it slows down, I’ll pick up a Strike King Ocho or a Game Hawg and fish it more methodically through the area,” Combs said. “You can’t pick apart every piece of cover in the pad field because there’s too much; but if there’s a laydown or something prominent, you can target that.” 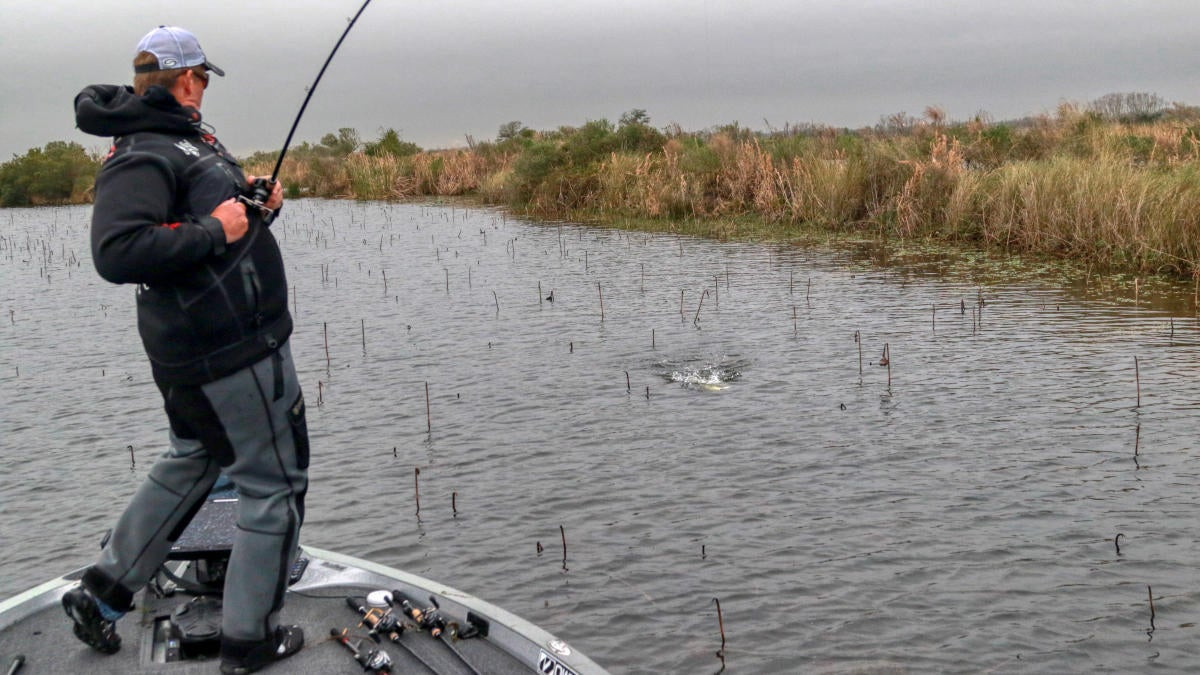 “Because there’s no overhead cover, they can see you and hear you,” he said. “It’s hard to move through a pad field without hitting something, so go easy.

“I try to drift and stay off my trolling motor as much as possible. As soon as I get a bite, I drop my Talons and fish the area throughly because there’s usually a cluster of fish.”