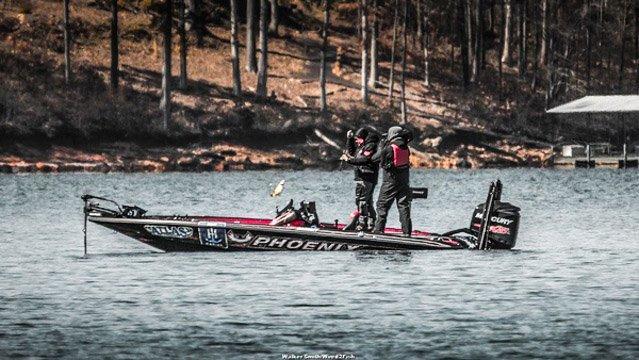 A large percentage of the country’s more popular bass fishing reservoirs were built following the Great Depression of the 1920s and 1930s. Although these fisheries once resembled flooded forests full of textbook bass-holding cover and structure, 60-plus years of constant water fluctuation and exposure to the natural elements has taken its toll on the timber in which bass are known to inhabit.

As a result of this inevitable change, many bass anglers have taken matters into their own hands by distributing brush piles, or dead trees, throughout their local reservoirs—especially in the past 20 years. In the big picture of bass fishing, dissecting and targeting brush piles could certainly be considered a fairly new endeavor.

Elite Series pro and 2014 Bassmaster Angler of the Year Greg Hackney believes fishing these brush piles is an outstanding technique for catching big prespawn bass. As the egg-bearing females prepare their bodies for a strenuous spawning period, they’ll often use brush as strategic ambush points as they fill their bellies with much needed nutrients.

In order to maximize your success and improve your odds of catching your fish of a lifetime, Hackney believes there are several things you need to know.

Concentration points and a physical reference

Before you start hunting for that “magical” brush pile on your favorite fishery, it’s important to understand why they’re so special throughout the prespawn period. According to Hackney, they offer anglers two critical advantages. 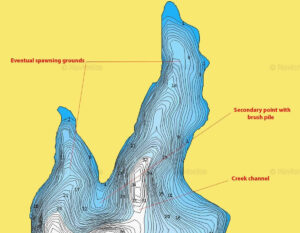 There’s a common misconception among anglers in regards to brush pile fishing. Many of us believe that, when we find a brush pile, we’ve found the bass. Unfortunately, that’s not necessarily the case. You might catch a fish or two on a random pile, but the most productive brush will be found in very strategic locations.

Prespawn bass fishing is notoriously a “feast or famine” time of year for anglers. When the conditions line up correctly, you can have the day of a lifetime. If one of those pesky cold fronts rolls through an area, however, getting bites can represent a hefty challenge. The bass aren’t going to vacate an area, but they’ll be tricky to catch.

The volatile weather of early spring makes adaptability an indispensible attribute, especially when you’re targeting brush piles. Throughout his career, Hackney has realized an acute difference in how bass position on brush in different conditions.

“Before we get into it, let’s put things into human perspective,” Hackney said. “When it’s cloudy, cold and dreary outside, what do we usually do? We’re going to stay inside and get bundled up. But when we get one of those warm, sunny days, we’re more apt to get out of the house and become more active.” 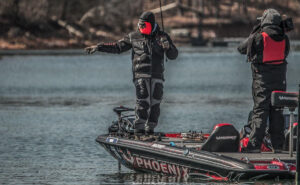 Big bass aren’t exactly known for “playing nice” with others. They’re intelligent enough to understand that, the more bass they’re forced to compete against for food, the less they’ll get to eat. For this very reason, they tend to be loaners and unfortunately for them, it makes ‘em a lot more predictable in the prespawn.

Targeting brush piles has a tendency to intimidate a surprisingly large percentage of bass anglers. Most of us are more comfortable fishing shallow-water targets we can physically see, but more importantly, the numerous hang-ups and snags associated with brush piles can cause a lot of frustration on the water.

Make no mistake about it—you’re going to get snagged if you’re new to this technique. It happened to Hackney, too. But understanding the cause of it will help you avoid the headaches.

Patterning brush according to depth 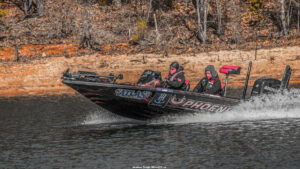 Bass aren’t always simple to pattern—if they were, you’d see a lot more full-time, touring professionals. But according to Hackney, the prespawn period is the absolute best time of the entire year to pattern a largemouth bass.

“When I catch a good one on a particular brush pile, I will immediately take note of several contributing factors,” Hackney said. “Then I will only look for brush with those exact same characteristics. That’s it. Prespawn is a huge pattern time of year because most of the bass are in one depth of water and doing the same thing. That big fish is there for a reason and when you catch her, it’s not a fluke. I’ll repeat it again—it’s not a fluke.”

If you follow professional bass fishing, it’s no surprise that Hackney’s favorite brush pile bait is, in fact, a jig. But don’t pigeon-hole him just yet. He’s an incredibly versatile angler who has enjoyed success on a myriad of bass-fishing lures. He primarily relies on three different baits when targeting prespawn brush.

“I didn’t label myself as a shallow-water angler,” Hackney said. “Everyone else did. I love to fish deep and if you look back throughout my career, a lot of my wins come in fairly deep water.”

If you’re looking for a way to catch a giant bass before the flood of springtime fishing pressure, targeting brush piles is an excellent way to do it. By following Hackney’s guidelines resulting from years of experience, you’ll have a definite leg up on the bass.