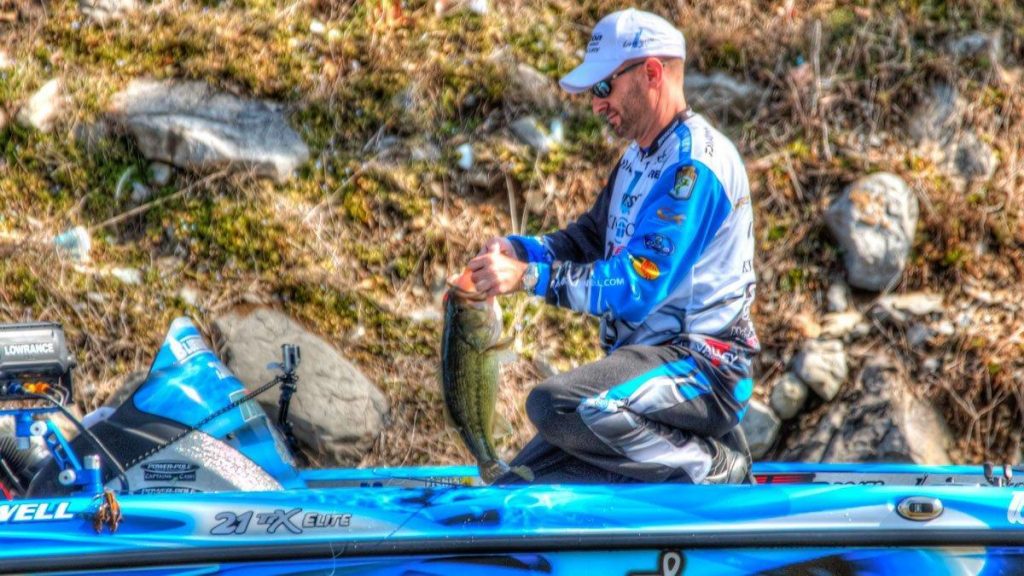 We’ve all been there at some point in time—we try everything we know throughout a day of fishing and can’t seem to buy a bite. The weather is beautiful, our hopes are high and for reasons often beyond our understanding, the bass simply won’t cooperate. Our proverbial bubble is indeed busted.

But before giving up and heading home, however, consider a technique that has helped shape Elite Series pro Randy Howell’s career. You won’t have to spend hours idling around looking for that “magic” structure or cover and you don’t need to get too carried away with complicated map study. According to him, bridges are easy-to-find bass fishing hotspots throughout much of the year.

In order to duplicate the Bassmaster Classic-winning success Howell has enjoyed fishing bridges, there are a few important factors to understand. 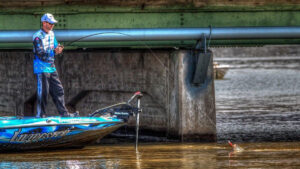 If you’ve ever made a long drive down the interstate, you know how valuable a strategically placed gas station or restaurant is. After a long stretch of barren road, we flock to and congregate in these areas for two primary reasons—rest and food. Bass behave in a very similar manner in regards to bridges.

“When bass are moving to and from deep water, they may not have much cover or many feeding opportunities for quite a while,” Howell said. “So when they finally reach one of these bridges, they’re able to enjoy and take advantage of everything they could possibly need. The shad are essentially on a silver platter for them as they eat the plankton and algage from the rocks and pilings, crawfish are hiding in the rocks and there are plenty of safe hiding spots for bass to utilize.”

In addition to these bridges acting as a one-stop-shop for bass, they also serve as a constriction point during their seasonal migrations. Bass can’t jump over the road to get to the other side, so as you could guess, they are forced to swim through the narrow gaps in order to reach new water.

“Bridges funnel bass through a very small and predictable area,” Howell said. “It’s just like your bedroom door—if you want to leave the room, you have to go through the door. This makes bridges consistently productive because bass are constantly moving through them. Even if you’re not in the middle of a major migration, there will still be bass in the area. Sometimes they just hang around for a long period of time because they have it made.”

Details can make or break you

As is often the case with many bass fishing techniques, details are paramount to Howell’s bridge fishing success. It’s not impossible to catch a few fish with a haphazard approach, but if you pay close attention to the small things, you can get well in a hurry.

“Details are incredibly important whenever you’re targeting bridges,” Howell said. “In a sense, it’s just like the police raiding the house of a suspected criminal. They know they’re in there, but they have to make sure they have everything right before they bust in on ‘em. There’s a great chance you’re going to be around a concentration of quality bass, so you don’t want to mess things up.” 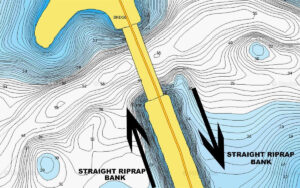 Perhaps the most popular and highly pressured parts of a bridge, straight riprap banks can be enormously productive throughout much of the year. This is where Howell most often starts his bridge dissection.

“I’m always going to parallel the riprap and get my boat right against the rocks,” Howell said. “I’ll start with a shallow Livingston Lures Primetyme SQ 2.0 and if I start getting bites, that tells me that I’ve found the most productive strike zone. I’ll keep landing my casts right next to the rocks so I can put my crankbait in front of as many fish as possible. If I’m not getting bit, I’ll keep throwing parallel, but I’ll slide out a bit deeper and start throwing my Howeller crankbait on 10-pound Gamma Edge Fluorocarbon.” 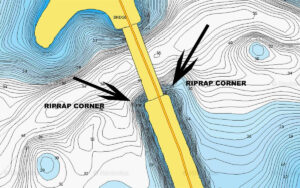 The corners of riprap—where the straight bank turns underneath the bridge itself—are arguably the most high-percentage bass fishing spots on bridges. Both wind current and natural current will wash bait past these areas, creating a virutal buffet for bass.

“I always try to ease up on the corners as I’m coming down the straight stretch of riprap,” Howell said. “Basically, I’m casting into the deeper water and bringing my bait shallower and into the corner. This is a very natural presentation that perfectly imitates the behavior of baitfish in current.” 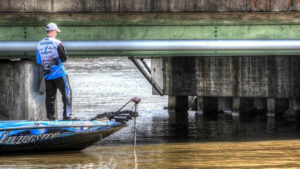 If you’re unable to find a consistent bite on the straight riprap or corners, be careful not to overlook the pilings of the bridge. The monstrous concrete structures may seem a bit intimidating to fish, but there are times when the bass will favor them over anything else in the lake.

“It’s hard to predict when it will happen, but a good piling bite is totally possible,” Howell said. “I think it might have to do with the gizzard shad—they’ll start feeding on that algae and you can actually see giant schools of them. This patterns seems to happen primarily when the water is calm because the gizzards can feed without fighting the current.” 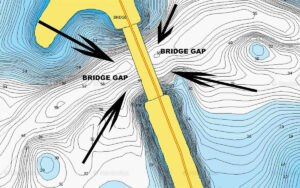 Although largely overlooked, the gaps—or holes—of bridges can be great places to catch late post-spawn and summer bass. When the water temperatures begin to skyrocket, Howell makes a concerted effort to fish these areas with a myriad of different lures.

“A lot of anglers discount the effectiveness of bridge gaps,” Howell said. “But I’ve had some incredible luck on them. The bass are simply relating to the big shad schools that hang out in the channel, making shad-imitation baits my primary choice.”

The next time you’re having trouble putting together a solid bass fishing pattern, spend some time dissecting bridges before heading home. Sure, they stick out like a sore thumb and get lots of pressure, but Howell’s secrets will help you catch plenty of bass behind your fellow anglers.