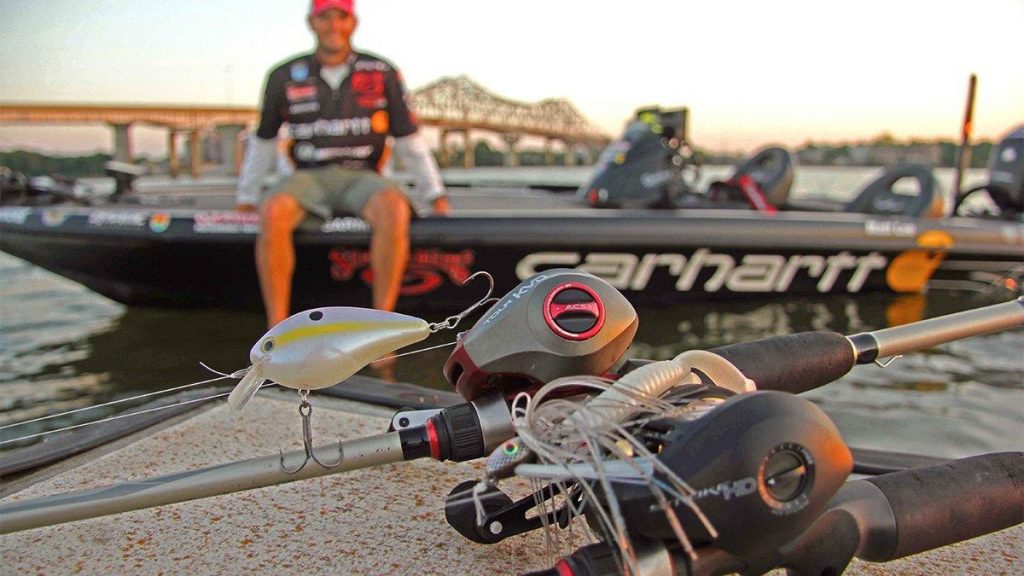 Sophomore Bassmaster Elite Series pro Matt Lee feels at home on Lake Wheeler, Alabama. So much so that the 27-year-old will gratefully sleep in his own bed during the fourth tournament of the 2016 season and make a daily 55-minute drive to top-notch Ingalls Harbor Boat Ramp in Decatur from his home at Lake Guntersville. More specifically, and very ironically, his home inside Blue Heron RV Resort at Lake Guntersville.

“This tournament is more about the shad spawning than the bass spawning,” said Lee, who holds double engineering degrees from Birmingham Southern and Auburn. “And the easiest way to find out where the shad are spawning, is to look for blue herons on the shoreline.

“Even though we both have to catch fish to make a living, blue heron are better at locating them than we are. There are times when you’ll see 5, 10, 15 blue herons on one spot along the bank. When you see that early in the morning, you can bet they’re picking off shad that are up against the bank spawning, and you can also bet the bass are up there eating them too.”

“Shad will spawn on a lot of things, from rocks to Styrofoam under floating docks, but that activity peaks at sunrise and ends soon after,” Lee said. “You’re gonna see all kinds of fish catches reported super early in the morning on bassmaster.com, but you’re gonna see it slow way down after 10:00 a.m.. That’s because the shad will have stopped spawning and the bass will stop eating so aggressively.”

“White spinnerbaits with willow leaf blades, a shallow shad-colored squarebill crankbait like the Strike King KVD 2.5, and a white swim jig would be my top three choices.”

“I’m smart enough to take VanDam’s advice and use his TourKVD 5.3:1 when I’m throwing the squarebill, but it’s really critical to use a faster ratio like a 7.3:1 Smoke when you’re fishing a swim jig, in order to keep it moving quickly just under the surface.”

Water temps are ranging from 70 to 76 degrees, but water levels are far lower than they were when Tommy Biffle won at Wheeler by pitching to flooded bushes in early April 2009.

“The water level was 4 feet higher here last month than it is now, and the really big deal is that it’s dropped nearly a foot since last week,” Lee said. “If the water levels were 1 to 2 feet higher, it would make a world of difference, but at their current levels it doesn’t leave hardly any habitat flooded. You can’t just go down the bank flippin’ bushes, which makes keying on the shad spawn an even more prominent pattern.”

“I’ll say 16 pounds a day will put you in the Top 12, and Aaron Martens is due to show out. He’s not having a typical ‘A-Mart’ season and we all know it’s only a matter of time before he has a great tournament.”