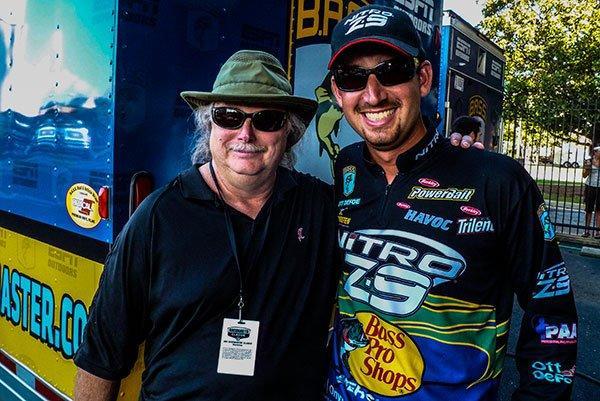 Have you ever been held,

Bathed in the moon, have the stars ever comforted you.

Have you ever stood outside at night, and looked up, saw nothing but points of light from horizon to horizon.

We live under so much sky.

It is the sky that cradles us.

Born, we, of the stars above.

I have held the sky; I have had stars dance on my finger tips, watched the moon light my palm.

While standing on the prairie of Illinois.

“â€¦seems something is always in your wayâ€¦”

Day two of the B.A.S.S. All Star launch, I never made takeoff that morning in Shelbyville, made it halfway, planned to be there until I came to a dirt road, and turned on to it.

Drove to the stars.

Drove to the moon.

On the Illinois prairie, I found outer space.  Found it when I parked the 4Runner in the dirt and got out.

Whole lot of sky up there when you stand on the prairie and look straight up.

On a dirt road in Illinois, I held the universe in the palms of my outstretched hands.

And the universe, held me back.

“â€¦you’ve got a wide, wide array of insurmountable problems every dayâ€¦”

He reached across the table, and he held my hand.

Both his hands around my hand.  And tears came into his eyes.  Mine too, right there amongst the free continental breakfast in the Hampton Inn.

Right there with the smell of bacon and eggs.

Right there with the smell of a burnt waffle.

Right there, I told him, simply this:  “The doctors have found a tumor in my head.”

“Will you be alright.”

And then he reached across the table, and held my hand.

I knew the growth was in my head before the last Elite event at Oneida shores, didn’t say anything except to tell my great friends Kevin & Kerry Short, told them back then that a bunch of tests had to be run first before we really knew anything.

The tests have been run, now we know.

I have a tumor on my Pituitary gland, it is bleeding in on itself.  According to the tests my Pituitary gland is failing and is having a cascading effect, my Thyroid Gland is not working very well, as is my Adrenal Gland.

A neurosurgeon is going to perform surgery by going up through my nose, drilling through a couple bones at the base of my skull, and hopefully then will be able to remove the growth.

I may, or may not, need radiation treatment, that will be determined when they biopsy the tumor.

The reason for the surgery is the growth is sitting on my Optic Nerve, and tests last week showed that I have begun to lose sight, peripheral sight.

I was asked if I lost my sight if I could still be able to write.

But it was that question that made me park the 4Runner on the prairie of Illinois, and step out to look up at the stars.

And hope the stars were looking back at me.

I believe, that fundamentally, at our core, in our core being, we are all the same.

That every person on this planet, is the same.

That every person on this planet is connected to each other.

Through the Star Stuff inside us.

We came from the stars, and we brought the stars with us, in our code, in our DNA.

That’s what I believe, every one of us, from the richest, to the poorest, has Star Stuff inside.

We are much more fundamentally the same, than we are different.

A year ago I took this photo with Ott Defoe.  It was at the B.A.S.S. All Star event in Montgomery, Alabama in 2011.

It was about 10 minutes after this photo was taken when my doctor called and told me tests have come back and it looked like I possibly had Prostate Cancer.

Turns out I did.

Ten minutes from the moment this photo was taken, my life changed forever.

Ott and I had a chance to talk at this year’s All Star event.  Ott won the event last year, made 2011 Rookie Of The Yearâ€¦came in second place this year for Angler Of The Yearâ€¦

“â€¦ so Ott, bud, tell me about the year you have hadâ€¦the year from when we took that picture together â€¦”

He only talked about family.

He only talked about, love.

Love, which is the matter the stars are made of.

“â€¦wherever you walk is bright for youâ€¦”

I believe that one day, the sooner the better, that science will show that we are all so much more connected than we could ever imagine.

That all those who live under the stars, have the stars living inside of them, and that is what attracts us to each other.

It is why Skeet reached out and held my hand.

It is why Ott only spoke of his children, love and family.

It is why sight lives not in your eyes, but in your soul.

I’m sure that when the surgery is done, when the medicine takes hold, I will be fine. Almost as good as normal, just with a really sore nose.

But I also believe in the stars.

And how they cradle us.

And how we cradle each other.

Need to someday cradle us all.

You can’t help believe that when you step out onto the dark Illinois prairie,