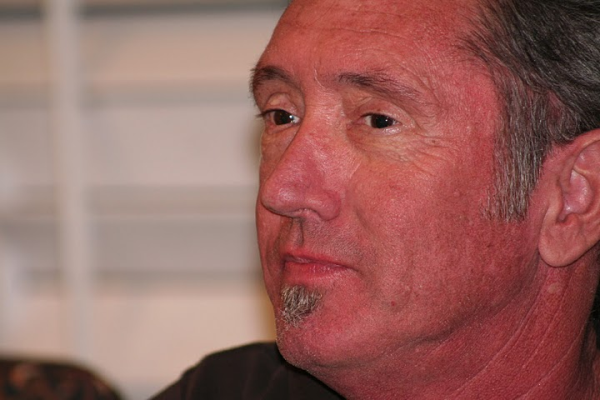 It is tomorrow, where future lives.

It is tomorrow, where our hope lies.

It is tomorrow, we chase.

you only have three weeks of tomorrows left.

is your last Thanksgiving.

As it is for someone I know.

And it is for him that I write this.   And for all those who’s turkey will be a little smaller this year.   And the fixin’s a little less.

And the cheer, is silent.

As the tomorrow countdown begins,

when no tomorrow come.

And the lyrics of life, go silent.

Where the tune, only plays in your heart.

“Everything I’ve been through”¦

We sat in oversized stuffed chairs and talked of headless deer lying by the side of the road.   And the sense of that.

We sat in oversized stuffed chairs and talked about ancient poetry.   And the sense of that.

We sat in oversized chairs and talked about the writings of Kurt Vonnegut, Jr.   And the sense of that.

I did not know him.

I did not know his songs.

Until he picked up the guitar.

And then I knew his heart.   Learned of the man behind the guitar, one chord at a time.

Learned of him, through his lyrics.   And the sense of that, which for me, is as it should be.   To learn of you through the lyrics of your life.   As I did, with Walt Aldridge.

I’m going to be upfront with you here, I know squat about Country Music.   Probably, less than squat.   I grew up in a city where you couldn’t see the country, much less hear it.

Our back forty, was forty feet.   If that.

Barely room to swing full out on the swing set without knocking over the birdbath.   Add the two tomato plants and a few daisies and you were about done with my country.

Walt, it seems, got all the rest.   Born in Alabama, he’s been writing songs for the past 33 years.   If you know country, you know his words, his songs:

“Holding Her And Loving You.”

“I Loved Her First.”

And as he sang at the JTodd Tucker Songwriters Hunt at the Southern Woods Plantation in Sylvester, Georgia, it was this lyric, that I had never heard before, that told me so much.   From his song, There Ain’t No Getting Over Me:

Which I took to be a pretty direct challenge since the lyrics of my life, involves the chase of words.   A blessing, a curse.   This chase.   Of words.

I have no lyrics.

I have no song to sing, which my wife says is a VERY good thing, for all who may hear it.

I have no chord, no beat.

I only have words.   A voice in my head that started playing when I was young, and still plays now.   I hear words.   I see words.   I feel words.

It’s why I came here, drove 39 hours, 2,080 miles roundtrip, for one thing, and one thing only, to learn to sing, within.   To find the music to go with the words in my head.

Walt:   “Fishing recharges me, I use it to divorce myself from what it is that I do.”

That’s an exact quote, but I can write down quotes exactly and be thinking something entirely different, as I was while we sat on oversized stuff chairs and talked.

“”¦but you know, once you get beyond the primary motivation of catching the fish”¦”

And it was here, where Walt Aldridge BECAME the lyrics of which he sings, it was where I saw the song sitting in the oversized stuffed chair.

It was where he opened the book, that you can’t put down.

“Sooner, or later, the esoteric quality of the game, of fishing, becomes what it is all about.   And that’s what I love most about fishing, the beauty of the sport is all around you, in the mountains, the fields, the stream, the sky, the moose on the bank, the bear on the rocks, the hawk in the sky.”

And I knew when he said that, the pause button had been pushed, to play, and in his head, the lyrics of life, played on.

I had to tell him to look up.   When he played.   I needed to see what he looked like so I could take his picture for this story.

But I know why he looks down.   While playing.

Because the words, come from his heart.   And he’s seeing them as he plays.

He was the songwriter who sat down at the end from where I stood.   Closest to me was Walt Aldridge, then Donny Lowery, next Rodney Clawson, and then came this young dude who sat there, and hugged his guitar.

Caressed it, even while not playing.   I know the feeling when I lean against a bookshelf.   To be in just the presence of words, provides comfort.   For Brent, the presence of music alone, provides, peace.

I had planned to do an interview with him after the last set on Sunday night, but I couldn’t find him.   Not in his room, not in the bar, not in the dining room….and then the front door opened, and in he walked from the night.

Brent doesn’t have a lot of free time to fish, he’s in the studio cutting his first album, and while you don’t know his words now, very soon you will, and they won’t leave you.

“Fishing brings me back from where I come from.   Every now and then you need a break, and that’s how I take mine.   I learned to fish on a sea wall, and fishing for Red Fish out on the barrier islands off Mississippi.”

Twenty-two years old and from Pascagoula, Mississippi, the lyrics of his life have just begun, but on his CD there will be one song where you will learn why he looks down to his heart while he plays.

“There’s a song on my CD called Pontchartrain”¦it’s about a lake I fished on with my older brother who taught me how to fish.   He’s eight years older than me, taught me a lot.   It’s a song for him.”

And then his eyes once again drifted down.

“”¦and that the good times

The room sang, as he played.   Harmony, almost perfect.   The words, exact.

“There’s an old flame burin’ in your eyes

Than any spark I might have started in your eyes.”

Words new to me, but not to those in the room.

Words, the same every chorus of the song “Old Flame,” but when comes the lyrics of your life, each and every chorus, is your own.

Belongs to you.   Words that flow into your ears, and come to rest in your soul.   The fiber of you.

And from this fiber, songwriter Donny Lowery writes.   Like the others, fishing recharges him, “it’s actually a release for me,” especially fly fishing with his wife, Karen.

Old Flame may be in the fiber of your soul, as another song of his, “Wrong or Right,” may be as well, but it is a song that you’ve yet to hear, that will remain in your heart.

I sat on a summer porch in Florence, Alabama as Donny pulled out his guitar, and with his wife sitting next to me, he sang a song to her.

And the porch only held two loves that night.   Donny and Karen.   Don’t know if Donny wants me to talk about it, but since he told me while I had a pen in my hand, I’m allowed.

There is an opus building on that Florence porch.   Thirty four years in the making, words about the day, written everyday.   For 34 YEARS.

The journal of Donny Lowery.

Everyday he writes something in his journal, the opus of his life.   Fishing trips, birthdays, holidays, and just plain old Wednesdays.   Everyday of his life for the past 34 year, plays on those pages.

And from what I know of Donny, the soundtrack of it all, will be, Karen.

On that Florence, Alabama porch I watched, love come alive in words, in song, a song only heard by a few, a song only written for one.   Karen.

But someday when you hear, “Could Have Been Her,” a song that Donny can only describe as waking up from a dream and writing down the words that “I hope and pray I go first.”

Because, the lyrics of his life can not be sung, without Karen there with him.

I will always see Rodney Clawson, as a reflection in the water as he fished off the bank of a Georgia pond.   The ripples his cast caused, the lyrics of his life.

“Fishing shuts off the writing, recharges me, it’s where I go to escape.” 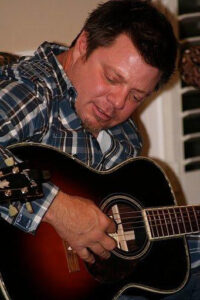 But Rodney buddy, my friend, I don’t believe it.   Not when I listen to the song you wrote, “I Saw God Today.”

Not when you tell me, “I love to write about life, emotions”¦love.”   And not when, through a huge telephoto lens, I watched you stand alone on that bank, and fish.

And hold the reel the same way I saw you hold your guitar.

The water, showed me you.

And the gentle waves carried your song.

When you write of, “life, emotions”¦love,” there is no escape.

And when I saw the reflection from the sky, on that Georgia pond, I too saw God today.

Life”¦Emotions”¦Love is on every bank we stand.

Life”¦Emotions”¦Love is every human book we open.

Life”¦Emotions”¦Love is every cast we make with family.

Life”¦Emotions”¦Love is the back porch opus of our lives.

Life”¦Emotions”¦Love is the God we see when we look within.

To the reflections of the lyrics.

This Thanksgiving, I will give thanks for the music of the country that is out there beyond the tree I saw from my bedroom.

The tree the city owned.

The country beyond our back forty feet.

In the far, far future, when someone opens the time capsule that we now live in, they will learn of history.

I give thanks knowing that if there is a CD in the capsule of the music of these men, and of the lyrics of the country, only then, will those in the far, far, future,

learn of our heart.

Songwriter Walt Aldridge singing his  top 10 song  “No getting over me” sung by Ronnie Milsap.