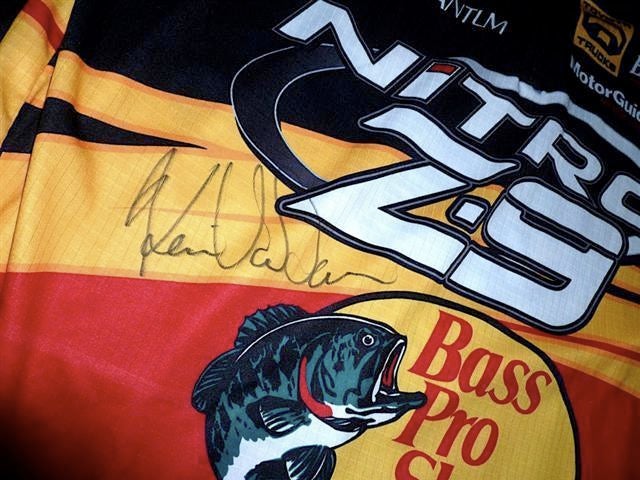 becomes part of the machine … ”

For Christmas, all I want, is to be of Ted Williams.

I want to see the stitches, when the universe throws the pitch.

For Christmas, all I want, is to be of Mozart.

I don’t want to hear the music, I want to see the notes in the air.

For Christmas, all I want, is to be of Van Gogh.

I want all of life, in a palette in my hand.

I don’t want to be them, Ted, Mozart, Van Gogh … I want to be what it is that makes them.

I want … their gift—a gift so precious it can’t be wrapped, so rare it can’t even be given.

Dear Santa:  I have been almost good all year, did some of what most people asked me to do, showered even when only slightly stinky, didn’t steal anything that my family would miss, said please and thank you when I really didn’t care, didn’t kick no cats.

So Santa could you bring me, db, who used to be that kid Donnie Barone who you brought all the coal … Dear Santa I’m only asking you for one thing. I’ve growed up; just one thing I want. I hope you have it in that bag of yours. I’ll leave you cookies and several Margaritas if you say you will bring it to me … please Santa … all I want this Christmas … and every Christmas I have left … please bring me just this …

Go ahead, try and wrap that.

Ted Williams once told someone I know, when he hit the ball, he could smell the smoke of the ball hitting the bat.

Please Santa, bring me … me.

Bring me, what it is that I’m here to do, bring me my place under the tree that is the universe around me.

Please Santa, bring me, the smoke of the baseball.

Show me, where the universe wants me.

Where have you hid my Zest.

I believe, all of us, have a place, here.  You know that is true, I haven’t had Tequila in days, you know that no matter what it is you do, that every once in awhile, for a fleeting moment … everything lines up right.

It’s a gift from the universe that says, “You know what dude, watch this.”

And suddenly … you fit.

You feel like you are finally moving through space as you should be, and you can see yourself doing it. It’s like the universe is actually YouTube, and there you are.

I believe that moment, from where ever, or whomever it comes from, is the greatest gift we are ever given.

It is a glimpse into your soul.

“even on my favorite table

There are those amongst us “ Williams … Mozart … Van Gogh“ for whom, it is more than just a glimpse; they have found where they fit.

It could be your mechanic who knows what is wrong with your car before you get out of it.

It could be that teacher who transcends teaching by connecting with you and who stays with you all your life.

And it could be a parent, whose place on this planet was to love and nurture you, and who became your soul.

And it could be, a skinny guy in a fishing tournament jersey.

It’s not wanting to be the person in the jersey, it’s about wanting to know how he does what it is he does, how it is that KVD has managed to fit in where he should be, on this planet.

“I want to learn from them,” said Bill Leong, a 49-year-old computer technology guy who lives in Massachusetts and who bought the KVD jersey in an auction to raise money for Tackle The Storm Foundation.

Bill, bought several signed Bassmaster Elite jerseys over the past couple of months, I never asked him why. I was curious, but once his bids cleared Ebay and Paypal, frankly I moved on to putting up the next jersey for auction.

I moved on, until I got this email:

I am a first generation American. Both of my parents immigrated to America from China when they were young. They had no influences or anyone to look up to and made their way through society the best they could. The U.S. was a different place back then. Neither of them went to college when they were young as they had to work.

My mom was a housewife, and my dad went into the military after he became a U.S. citizen. When he came out of the military, he leveraged the skills he had learned and went to work for IBM as an engineer and retired after more than 30 years at this one company.

They raised four kids and lived in suburbia. During summer vacations, my dad often dropped me off at a pond close to his work so I could go fishing during the work week. He would stop by at lunch, fish and eat lunch with me. He would fish with me during the weekends. During those times, he shared his values with me – the American dream, hard day’s work for a hard day’s pay, go to college, etc.

I realize that today’s world is different, and the work environment is more complex. With the media and technology, you can truly have heroes above and beyond family and follow everything they do.  Through the years I have tried to draw inspiration from others that I admire.

Similarly, when I look at jerseys of athletes I admire, I think about what makes them who they are and at the top of their games. With KVD, it is the preparation, planning and confidence. With Ike, it is never give up, etc.  All of the jerseys I have purchased from you have different meanings to me.

Hopefully you can see that this is more than just hero worship and is based on what parallels I can make in my life. Anyway, just thought I would pass that along to you so you understand the why versus how.

To me, it is the most eloquent explanation I have ever read of why someone would buy sports, or any, memorabilia.

It’s my books on my library shelf.

Aunt Erma was the first adult in my life who didn’t call me stupid.  Aunt Erma bought me the first book I ever owned that had more words than pictures.

Tom Swift and His Jetmarine

“I must have played them all.

Bill met KVD a while back, and at the meeting Bill gave KVD a gift:

I gave KVD a rare autographed photo from the original negative of Ted Williams many years ago and tried to explain how similar he was to Joe DiMaggio and Ted Williams and how he has helped me to be who I am – similar to how my dad and Ted had helped in the past.  I often wonder if he understood what I meant by giving it to him and the importance as I am sure he, like other athletes, receives a ton of things from fans and I only had a few minutes to speak to him.

Guess what Bill … KVD gets it.

“I remember meeting and talking with him, and yeah I get lots of things,€ VanDam said. €œThat photograph, however, was so special to me, I don’t even have it out where anything can happen to it. He gave it to me rolled up in a tube, and that’s exactly how it is today €“ tucked safe away. That will be one thing I will always keep.€

I told Kevin about how Bill once attended a lecture he gave, not so much to learn about how to fish, but about Kevin’s constant desire to excel.

Bill told me KVD reminds him of the people profiled in the Sundance Channel’s TV Series, Iconoclasts. Just like those people, KVD is a creative visionary who transcends the sport.

I ran that by KVD and there was pretty much just silence from the other end of the cell phone.

I am sort of new in talking to KVD, I’ve been leaving him alone, the dude gets enough press, doesn’t need me following him around. We say “hey” back and forth, and then I go hang around with my good friend Skeet.

I would watch him, and he would look at me, as an eagle does a mouse.  I won’t say who is the eagle, and who is the mouse, but to know the eagle, you must know the mouse.

So for about 5 years now I just sort of stood back and watched.  Watched this KVD, not for how he fishes, don’t really care, but why he fishes.  If you talk to KVD, and you only talk of the “how,” you have pretty much missed the whole point.

So as either, the mouse, or the eagle, I finally had a conversation with KVD, and I began it simply like this, “You can’t not do what you do, can you?”

I knew the answer before I asked it.

“Never thought of it that way before, but I can tell you this, what I do, I do because it is ingrained in me.”

“Oh db, it’s definitely the find,” VanDam said. “There is nothing better than going out on a lake, a big lake and finding the fish. For me, that’s the biggest thrill. And then it is the challenge of the competition.”

I couldn’t see him on the other end of the phone, but I know as he spoke, his face got all tight, his pulse sped up as if he was walking and talking on the phone to me, he stopped, and I could hear, feel, his posture blow up all straight like.”

The eagle, and the mouse.

how do you think he does it?

What makes him so good?

There is something I call The Champion Essence, it is the subtle difference between winners and champions.

It is the difference between hitting the home run and smelling the smoke of the ball and the bat.

I believe winning happens when everything lines up, when you suddenly fit in your place in the universe.

I believe champions can make that fit happen.  Make everything line up.

It is because they embody the soul of what it is they do.

KVD is the soul of competitiveness wrapped up in skin and bones.

His greatness comes because he is exactly where he should be, he has found how he fits in the universe, and honestly, I think you could take the fish part out of it.

This dude gets all whipped up when competition is on the line, any kind of competition.

And to me, that’s a Champion. That’s Kirk Gibson’s 1988 Home Run and hobbled trot around the bases.

To me that’s Brett Favre’s 399-yard, four-touchdown game the day after his best friend, his father died.

That is, The Miracle on Ice.

By looking at those who have it, we know it is possible.

It is around us, everyday, everywhere.

Zest, is our essence.

KVD has zest for what he does, and it is that zest that makes him a champion.

Dear Santa, leave the damn flat screens in the sled. Bring us Zest!

With Zest, you will fit.

Because when you have Zest, you give Zest.

Ted Williams, Mozart, Van Gogh, and yes, KVD€¦their zest for what they do makes everyone around them better.

Makes everyone around them, fit in.

And that, is, the gift, of giving.