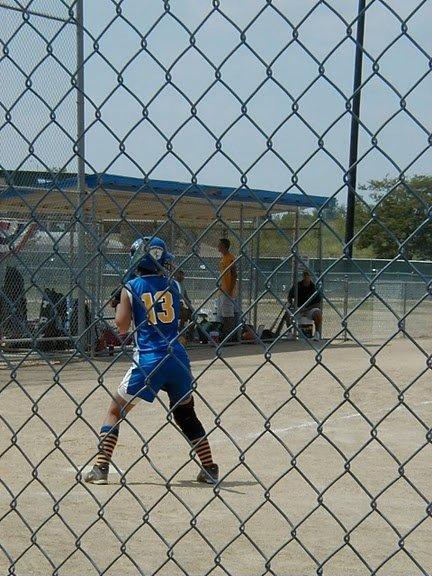 On the summer breeze, floated the breath of the Cyprus Swamp.

Driver’s side window down.

Passenger side only halfway.

Cyprus Tree mouth to mouth.   And yet.

Darkness covered me.   Inside and out.

A mile or so behind me, Mayflower, Ark.

In front of me, the toughest story I’ve ever had to write.

A story about a bedroom filled with memories.   And empty of a child.

A story of two friends chasing a dream, while living a nightmare.   What happens when all your dreams come true, even the bad ones.

How far can you travel on the road to success while running on empty inside.

On the side of the country road.

Listening to gravel tumble down the road as I watched the tail lights of cars in my rear-view mirror.

Listening for answers drifting from the Cyprus swamp.

But above the frogs.

But above the crickets.

But above the blinker and tumbling rocks, this is all I heard, “db, do you want to know what a nightmare is? A nightmare is writing your own daughter’s obituary.”

As if it was on a taped loop running in my head.

Over and over.   It played.

Played louder than my iPod.

Played louder than the road.

Played louder than the night.

Over and over.   Booming through my head, echoing through the min-van.

Until I pulled over.

Shouts of brakes locked up on gravel

Shouts of reading glasses tossed up on the dash.

Shouts of a fist on a steering wheel.

And the quiet shout of sobs.

Tears, lost to a Cyprus Swamp

Tears, thirty years in the making.

Thirty years of handling life one page at a time.

Thirty years without ever having to pull over.

Not the first time in thirty years that I was lead through what was left of the life of a child.

I have notebooks filled with death.   Every page, front and back.   Victims of accidents, victims of themselves, victims of each other.   Once young, once old, once somewhere in the middle.

Thirty years of stories started in the past tense.   Graphics made of vital stats.   Graduation photos blurred around the edges.

But never any tears.

Heard it.   Smelled it. Walked through it.   Seen it all.

Until I looked into the eyes of a friend.

Felt his hand tremble on my shoulder.

Saw the silhouette of his wife leaning in the doorway, head resting in one hand.

“”¦your own daughter’s obituary.”

Didn’t need to write it down to get that quote right.

It’s the quote I kept hearing as the sun sank behind the Arkansas Cyprus Swamp.

It’s the quote I hear in the darkness of every night.

It’s the quote I fear will someday have the name of my daughter in it.

It’s the quote I fear will someday have the name of my son in it.

It’s the quote I fear will someday have the name of my wife in it.

I do not fear my name in that quote.   I’d prefer that.   Otherwise, it’s unthinkable.

To be able to love is what separates us from everything else on this planet.   It’s the gift that makes us more than just a speck in the universe.

But love comes with a price.

If I have to fill in my friends quote with the name of my children or my wife, there would be no more left of me.

My outsides would still be there, but I would be shapeless inside.

Michelle Short taught me that.

A child lost to an Arkansas highway.

A child I never met.

A child I will never forget.

After Kevin told me about writing Michelle’s obituary, Kerry came outside and the three of us just stood silently in their driveway, never making direct eye contact, each of us wounded from the interview.

As the twilight surrounded us, specks of light came out of the front lawn.   When we finally hugged goodbye, Kerry told me they were, “Fireflies, db, the first ones I’ve seen this year.”

I didn’t think anything about it.

Parked on the side of an Arkansas country road.

Then a dozen or so.

Then a hundred-plus on the hood of my minivan.

But only one flew in the open window.

And came to rest on the fake grass skirt of my dashboard hula girl.

As I watched it, somewhat horrified that I had actually let a bug in the minivan, it just sat there.   Insect like.

Reaching for a used McDonald’s napkin, I wiped my eyes and the ketchup from the used napkin off my cheeks all the while watching the bug on the hula girl.

And I assume it watched me.

A stand off I knew wouldn’t end well for one of us that wasn’t me.

So there we sat.   The bug the only witness to the thirty year tears.

While never taking my eyes off the mysterious, probably poisonous insect, I started searching around in the dark for my iPod earphones, in the hopes I could use them to keep the quotes of the night at bay at least for the rest of the drive to the Little Rock hotel.

As I was thumbing the wheel looking for the Playlist called “Really Real Favorites,” this came through the earphones “”¦db, the first ones I’ve seen this year.”

Which was no big deal, ‘cept, the earphones weren’t plugged in yet.

That and the fact I don’t have a Kerry Short playlist.

Right foot on the brake pedal, right hand moving up to put the minivan in gear, eyes shift for a quick check of the driver’s side mirror, back inside and up to the rearview mirror, then straight down to the dashboard hula girl.

Just as she lit up.   All green like on her grass skirt.

At that exact moment a universe of tiny stars came alive and rose off my hood and swirled around the minivan.

But not one star flew inside.

Inside, there was only the one star on the fake grass skirt.

As I sat back in the driver’s seat and watched the lights head off into the Cyprus Swamp, I smiled because I knew the truth behind the stars.

When it was once again dark outside, my eyes shifted back to the dashboard hula girl and the one lone star still clinging the fake grass skirt.

And it was still ablaze.

I watched as the firefly climbed down the grass skirt, land on the dashboard and walk across it towards the passenger window.

When the universe takes the time to reach out to you, the best advice I can give you is to just, shut up and watch.   Listen too.

And listen I did to this song playing through the headphones in my ears:

“Many strangers have I met

On the road to my regret

Many lost who seek to find themselves in me

They ask me to reveal

The very thoughts they would conceal

The random spin of the iPod dial in my “Really Real Favorites,” playlist had landed on the U2 song, Love Rescue Me.

When the firefly took off from the dashboard, it came to rest for a beat or two on the top of the half opened passenger window.

The star within it then became even brighter.

As the firefly flew off into the dark Arkansas Cyprus Swamp, the light never dimmed.

And I knew that light to be the spirit of Michelle Short.   Bono told me.

Flying through the woods on the wings of a tiny star were these lyrics:

“I stand at the entrance

To a new world I can see

The ruins to the right of me

Will soon have lost sight of me

Turning off the minivan I sat there in the dark and watched the tiny stars play in the Cyprus Tree Swamp.

And knew I was rescued by a child I never knew.

A child who showed me that while love may leave, it never really goes away.

Especially when you are inside the outside.

On a firefly night.

PS:   The annual Michelle Short Benefit Tournament on Lake Dardanelle in Arkansas is this Saturday (6/4/2011) and it benefits the University of Central Arkansas Softball Program where Michelle was a walk-on athlete.

If you want to fish it you can sign up to do so up until launch on Saturday morning, or you can send a donation to: