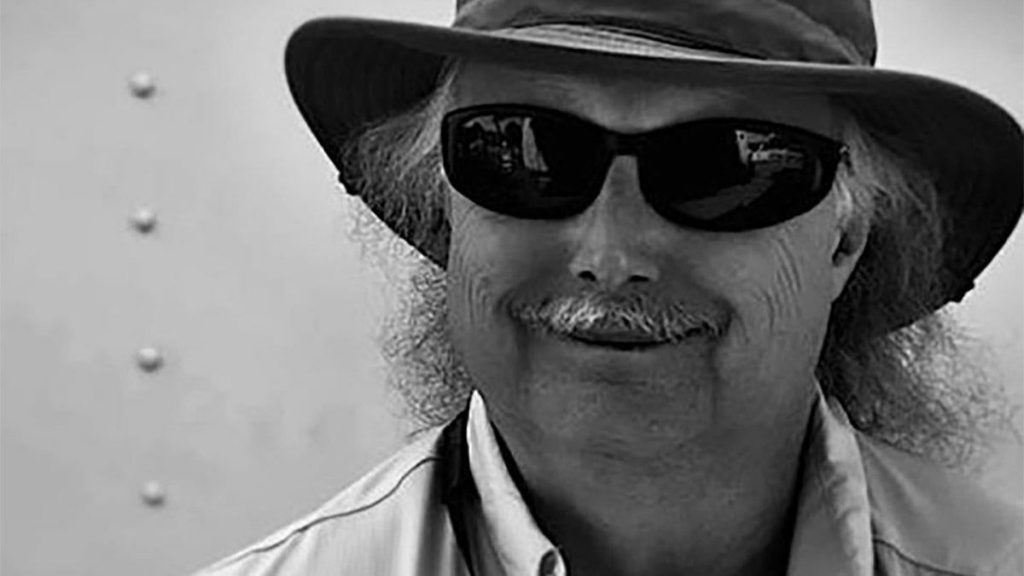 “Where are the dreams that we once had…”

“…want all of you to get up out of your chairs. I want you to get up right now and go to the window. Open it, and stick your head out, and yell, ‘I’M AS MAD AS HELL, AND I’M NOT GOING TO TAKE THIS ANYMORE!’ Things have got to change. But first, you’ve gotta get mad!” – Howard Beale in the movie Network

The other day I was reading a column by a friend of mine, a pretty famous, intelligent, talented angler who was explaining some angler technical stuff.

So I’m guessing I got to his column early, there were only a couple of comments, the first one began exactly like this:  “What a Tool!”

If I may, please bear with me some, I would like to say something about “What a Tool!,” and other comments like that which now seem to be the bread and butter of the internet.

You are the ones going to be hurt by those mean words, not us who write the words, here’s why…we who write are going to stop, writing.

And then, see if you can learn from those who yell the loudest.

See if knowledge sticks when shouted.

Know this too, keyboard cowards only want it their way.

They want the internet to be theirs.

Let me ask you this, how many of you have pretty much had it with Facebook.

“…this is the time to bring them back…”

“I’m not shy about heated debate or passionate discourse, but when people get crazy or rude, that’s a buzz kill. There’s got to be a better code of conduct, some basic etiquette.” ~Mos Def

Above my desk at home I have two sayings typewritten on two separate sheets of paper:  One a comment on a story I got several years ago, one a lyric that sits right next to it.

The comment exactly as written:  “Don Barone you are such a retart.”

The lyric exactly as sung:  “Whisper words of wisdom.”

There is a fishing board in Texas that has a whole section, several pages by now, all dedicated to how horrible a writer I am, how stupid I am, how dumb I look, my ancestry, my geography, possibly even how I smell all fair game.

I’ve been in Texas a bunch, have lots of friends there, but as of yet not one person on that board has ever sought me out at an event to discuss things. I’d be happy to meet with all of them en mass and talk this out, one to 30 or so, anywhere, anytime, because I’d like them to know…I do it for them.

Just like my Elite angler friend does it for the person who, IN PRINT, called him a “Tool!”

The Constitution guarantees Freedom of The Press.

It does not though guarantee there will be a Press to be free.

“…what were the promises caught…”

“To disagree, one doesn’t have to be disagreeable.”

I remember being in the newsroom, a news film cameraman at the time, when the General Manager of the television station brought in the latest invention in “news gathering.”

It was huge, a big blue RCA TK-76 that had huge tubes in it, you put it on the shoulder of your good eye, on the other shoulder they placed the strap of the big reel-to-reel tape recorder that the camera plugged into and you tried to walk.

The camera weighed about 15 pounds.

The tape deck weighed about 10 pounds.

The batteries strapped around my waist weighed 10 pounds.

35 pounds of the coolest, greatest, news gathering invention ever.

I, by the way, weighed 125 pounds…I couldn’t move with all the stuff strapped on.

Next in my career came, “Live.”  I didn’t know exactly what it was except that is some weird ways the news came to me now, a huge truck would pull up where I was shooting, I would hand them the “tape” now enclosed in a plastic box, the “engineer,” would stick it into one of the several machines inside the truck, some other guy would get out and make the big cereal bowl looking “dish” point into the sky while the “engineer” from inside would yell which way to aim the cereal bowl.

After a while they would hit some satellite in outer space with a “signal,” from the tape in the box I just handed them, and that signal that I had just shot would, I think by magic or voodoo, find its way back to earth and then somehow leak from somewhere to the world watching on TV.

Then came “Cable,” three people on my block had it, I knew because I watched a guy on a ladder drill a hole in the side of their house so they could watch TV that wasn’t free and came only through a wire.  I told them exactly this, “Good luck with that.”

When I started in the news biz we had 3 channels to watch in my town, not counting the TV stuff that fell over the Canadian border from Toronto, and I worked at one of the places.

I’m guessing here, but it’s a somewhat educated shot in the dark, I’m guessing that for the metro population of about a million people back then in the Buffalo area, maybe, MAYBE, 300 folks were involved in bringing those people in Western New York their news.

Now, the world, brings Western New York, and you your news.

That my friends, is pretty damn cool.

And not a little bit scary.

“…on the tips of our tongues…”

“Just because your voice reaches halfway around the world doesn’t mean you are wiser than when it reached only to the end of the bar.”

I have been blessed beyond belief to be involved in the news biz during this most amazing period of news getting.

I now make my living as a columnist in a medium that wasn’t even invented when I wrote my first column way back when.

I’ve earned the right to worry about what it is I, and many of us in the medium who made the same ride through time, are leaving behind.

To be honest, I was hoping it would be more than this.

I was hoping that the more we opened up the world, the kinder and gentler we all would become.

I was hoping to leave you with, Grace.

We also in America have the Right to Free Speech, and trust me, that is a flat out miracle if you have been around the world some.

Those who gave us that right to free speech didn’t qualify it much, they were pretty much just getting used to saying bad things about the king and not being hanged, which in fact may be the ultimate comment.

Throughout the history of the telling you the news there have always been comments, letters to the editors in newspapers have been around since newspapers.

In television somewhere in the bowels of the TV station there used to be some kind of FCC book that you the viewer could come in to, request to see, and then write what you thought in it as well, comment.

The difference, and not a small one, is that there has always been a vetting system involved, always been someone in charge of letting through the good, be it for or against you, and kicking out the mean.

Letters to the editors helped all of us in the biz, it made us better, “What a Tool!” or “What a Retart,” only hurts you, those not in the business, because the best of the young ones coming up behind us may opt out of dealing with this sh*t and do something else and then your ability to get the best news you can from the best who can get it will be diminished.

Trust me when I say this, you’d have to be out of your mind to step into this ring now.

“…do we forget or forgive…”

“Good manners are just a way of showing other people that we have respect for them.”

I am an old hippie lost in time, neither conservative nor liberal, just tired and thankful.

Know this, kindness is a force multiplier.

Know this, we have within our hands probably the greatest invention ever to bring us all together, and yet.

I’m okay with being “a retart,” if in some small way what I do helps you not be one.

It hurts to be called that, it would hurt much more if I let it get in the way of bringing you information, I hope to be the kind of person who is kind, nothing more.

Leave not this meanness for our children and grandchildren, leave them with a gift that whispers words of wisdoms, not shouts of stupidity.

If all goes well and this blue rock we live on in space is here for a long time, we are still in the prehistoric time of man, lets show all those who come after us the tolerance and love you know we can have for each other.

Let grace be the “Tool” we leave behind.

“…there’s a whole other life waiting to be lived when one day we’re brave enough to talk with conviction of the heart.”

– Conviction Of The Heart, Kenny Loggins

“Never believe that a few caring people can’t change the world. For, indeed, that’s all who ever have.”