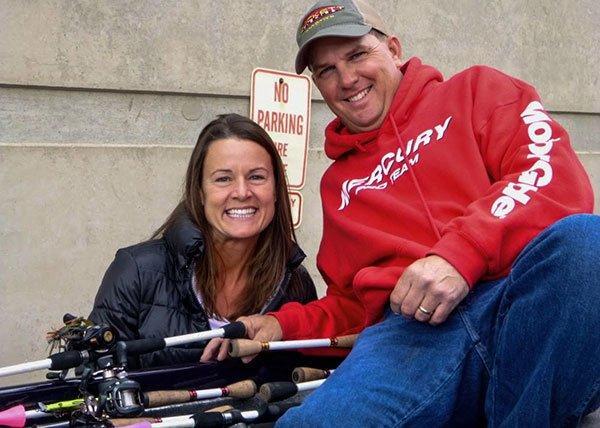 “Say a prayer for the common foot soldier”¦”

There is more to us,

than where the Atlantic Ocean touches,

than where the Pacific Ocean touches,

here in the middle.

More to us, than tornadoes.

More to us than bowls of dust.

More to us than grapes with wrath.

Those in the middle.

Those who till the amber waves.

Those who plant the fruit on the plain.

The folks who live and work in the middle of America,

the place that lifts up both coasts.

“”¦spare a thought for his back breaking work”¦”

It may not be geographically the center of this country, but if you want to know where this country’s heart is “¦ look here.

Hard working people made of the stock of faith, family and country.

Working stiffs show up, shut up, punch in, do your job, go home, build this country, build backbone in those to which we will hand it off.

It is the unseen, the behind the scene of America, that interests me, the regular folks, of blue or no collar, of punching in and working OT, of two-weeks vacation, of grocery coupons and coaching Little League.

One owns a Port-A-Potty business”¦

One works more than a mile underground.

That’s the name of Cliff Prince’s Port-A-Potty service.   But before we get into that, meet Cliff.

“I live on one side of the river, Big Show (Elite Angler Terry Scroggins) lives on the other side.”

“My parents bent over backwards working, and it was all for their children.”

Before owning A DIRE NEED Cliff worked in a plant making paper tubes.

“On Friday they would come up to you and tell you that you have to work OT on Saturday and blow up your weekend.”

It wasn’t Cliff’s dream to own a Port-A-Potty business, he is still figuring things out about the business like storage.

“Yeah I have about 100 of the units (owner speak for Port-A-Pottys) sitting on my front lawn right now.

“Another 100 or so are out “¦ working.   It is a 24/7 job, you have to constantly keep up with the cleaning because they sit out there on construction sites just cooking in the hot Florida sun.”

I look over at Kelley to see her nose all wrinkled up, like how you get when you drive by a dead skunk in the road.

“The units on the farms are the worse “¦ when he is off with the Elites at tournaments I have to service (owner speak for clean) them, and it was so bad I called him up and said, “Done! I’m done!”

Cliff looks at her and smiles, then turns to me and with an uplifting of his shoulders and eyebrows gives the universal husband signal of, “A huh, that was me, yep.”

Cliff made the Bassmaster Classic Tournament in his rookie year on the tour, I told him, “dude if you are just happy to be here, you won’t be here long “¦ won’t never lift that Classic Iron.”

“I come from a long line of, as you say, lunch-pail types.   I have worked hard to get here, and I’m going to work even harder to win this thing.”

Show up, shut up, punch in, do your job, see your name hanging in the rafters, and kiss the trophy when you are done.

“”¦who burn the fires and who still till the earth”¦” 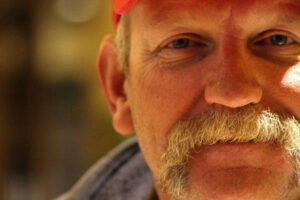 “Dude, even if I win the Bassmaster Classic, I have to be back to work and punch in on Wednesday.”

I will bow down to that quote for the rest of my life.

For you out there who think America has lost its strength, its way, its desire, meet B.A.S.S Nation Western Region winner, Andy Bravence, Mine Superintendent-Shaft Development.

Andy works 7,000 FEET beneath YOUR FEET.

“I’m a tramp miner, a hard rock miner and we are working on the 4th largest undeveloped copper deposit in the world.”

Andy’s lifelong friend, Judge (“my father was a lawyer and comedian”) Bellamak, a Realtor in the Phoenix area says, “Andy is being modest man. When the mining company wanted to dig a hole in the earth more than a mile deep, spend over a BILLION dollars doing it, they put Andy there in charge of it.” 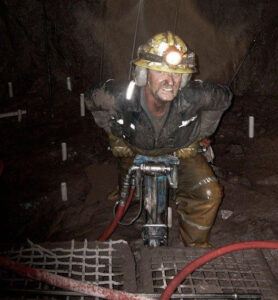 Andy just looked down at the floor while Judge was talking, clearly Andy was not about to brag about what he does, or who he is.

So I will tell you.

The dude is 52 years old, high school graduate, lives in Globe, Az., married to Lynette for 20 years, 3 step children, 10 grandchilden, 2 great grandchildren.   Fished his first Federation tournament in 1989, “been hooked ever since.”

Cut and paste this next quote”¦print it out and hand it to your kids or to those who have spent a lifetime with their hand out.

“My wife and I, we lived in a single wide trailer for 7 years, 7 YEARS with both of us working jobs saving money so that we could buy a house and I could fish some.”

And a year or so ago they bought that house.

Andy dude, you are out there working on your tackle, but I just lifted a bottle of Cream Soda in a toast to you buddy.

Quick as to what this dude does for a living, works 10-11 hour days, on call every other weekend, it takes a month to go 250 feet through “junk rock,” to drill out the round hole into the earth that is 28ft in diameter, “then we lower a 5 story steel cage building down into the hole.”

“The copper deposit is bigger than all of downtown Tulsa, it is basically a mountain of copper underground.   The deposit is at the 3,000 foot level under the ground but we have dug down to 7,000 feet so that we can get underneath the deposit, then bring her down to us.”

Down there where he works is 175 degrees.

“The closer you get to the center of the earth the hotter it gets,” but we pump in air conditioning to knock it down to around 89-90 degrees.”

I have been asked how do I define a “working stiff?” Fair enough. This is part of the definition “¦

“¦ after the interview I asked Andy for his business card, he dug in his wallet, and then handed me a card, and told me this:

“Back a few years ago, the company gave me a box of 250 cards, and you should know that the card I just handed to you, with that I now have just 248 of those business cards left.”

And that dudes, is an exact definition of,

“”¦raise your glass to the hard working people.”

Salt Of The Earth