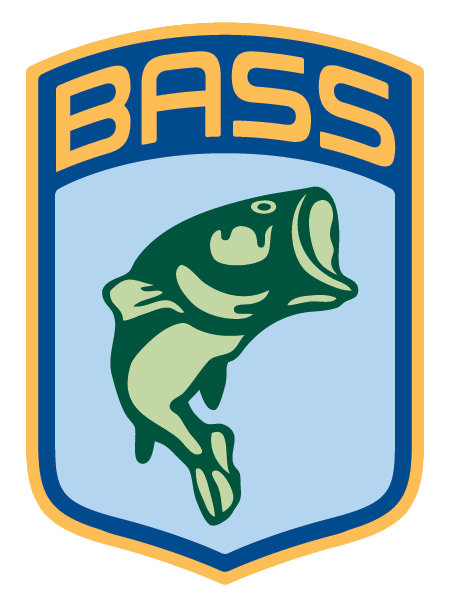 Well it’s official. BASS is in new hands. Again. Not that the old hands were necessarily bad, but the new hands give us a sense  of passion for getting back to what it means to be a member of the Bass Anglers Sportsman Society. And what it means to be a top-level professional fisherman and earning a living in the sport. And having the dream of some day being a top angler in the sport. And in putting that Blue and Gold Badge on the back glass of your pickup truck.

All those points are highlighted in the new plan ahead for the new kings of the court— Jerry McKinnis, Don Logan and Jim Copeland. The Miami Heat might have their big three, but BASS just got their own big three. Obviously with today’s press release announcing the deal is official, there is a lot of buzz in the industry, among fans and of course with competitive fishermen. With any great plan there are going to be naysayers that get tripped up by little changes on the way to the big system changes.

According to someone close to the process, there is a lot that the new owners want this thing to become and that begins with some small changes that will eventually lead to better changes for all. It’s going to require some open mindedness for all parties involved, but it’s also going to benefit all parties involved. And contrary to some speculation, we’re not talking about money for new the owners.

We could make money doing something else,” said Jerry McKinnis, the long time media mogul in the fishing industry who is probably the most closely tied bass fishing of the new big three. “This is NOT a financial thing for us. It’s not about making us money. And it’s not so we can all do more bass fishing. I think Don even recognizes that it won’t mean as much fishing.”

McKinnis wears his heart on his sleeve when he talks about BASS and bass fishing in general. It’s been a labor of love for him most of his adult life.

“I looked at all parts of this and thought it could be better,” he said. “I’ve known that for years. I love these guys from the Federation Nation, Opens, Elites bass fishermen are great people. They should have a better shot at making it. For both weekend guys and pros, it’s about making it better. I think right now, I owe it to everyone to make it better.

This will happen with some small steps at first then will gravitate into some bigger and bolder changes that will provide opportunities for people to realize a lifelong dream, but it will also give guys that pay their dues and put in the time a means to earn a real living at this sport and not go broke in the process.

But for all that to happen there have to be some fundamental shifts in the system and in the way people think, especially at the pro level. It’s easy to get tripped up by the small early changes. But everyone needs to realize for major positive change to happen, it will have to come in stages. Small steps that lead to big leaps later.

“The Classic announcement was the first step,” McKinnis said. “I wish I could have spoken to all the guys beforehand. I have somewhere I am trying to get to “¦ but I hope anglers will give [the early changes] a chance [to lead to where we’re ultimately headed].”

McKinnis, Logan and Copeland have a daunting task ahead to change the current dynamic in competitive fishing. McKinnis understands his changes might be questioned, and they require a different way of thinking. But he’s always open to constructive dialog.

McKinnis, Logan and Copeland have a really neat vision that they’re not ready to completely release to the masses. But they also understand this comes with a lot of dialog, listening and obviously some high degree of leadership.

One of the biggest parts of the purchase was the blue and gold shield known as the BASS Patch. It’s an incredibly strong brand, one of the strongest in the fishing industry. But it’s shown signs of wear in recent years and hopefully that’s going to improve as well.

“It’s such a strong brand,” McKinnis said. “There are some tire marks on it and some road wear, but it’s a foundation we can build on. It’s the strongest thing we purchased.”

Not much has been heard from Logan and Copeland through the waiting process but McKinnis was quick to point out how much of a good fit the three will be for the new direction of BASS and for each other.

“The three partners have it all,” he said. “Logan is clever, good with figures, financing, loans, etc. He’s a wise man. And he never forgets anything. Jim Copeland is extremely smart both with legal aspects and numbers. Both evaluate things extremely well and figure things out in a hurry. Jim and Don are both in this with their heads. I’m in it with my heart.”

McKinnis let out a big laugh after that statement, but that’s just what BASS needs right now“ a big dose of business savvy and extreme love for the sport.

The first real test for the new administration will be here before we all know it, when the Bassmaster Classic rolls into New Orleans in February. Not much time to change the world. And that is really the point. You can’t change the world in two months, or even 12 months. It’s going to take a couple of years for stages of changes to happen. But then, when we all get to the other side, BASS will look completely different and hopefully improved beyond what most can see now with just stage one of the changes announced. Imagine what stage three or four might look like.

The Classic is our first real test, McKinnis said. “No practice and the Super Bowl is our first game. It will be a chore and very different. We’ll all be there, and I hope the whole world shows up for the people of New Orleans. We hope we have big crowds. We owe it to them. Fishing will be better! It has survived with some ˜inconveniencesâ along the way.

At this time there won’t be changes to the television programming that they are ready to announce. But McKinnis and crew are very committed to growing the Internet coverage of the sport and make it a lot better with more exposure for pros and Open anglers via Internet broadcasts.

ESPN is committed to a five-year deal, one that McKinnis called a much better deal.

They are working hard to help make the transition easy. They have been wonderful through the whole process. Traug Keller at ESPN is 100 percent behind us.”

At some point there will be a CEO in the mix, but for right now Logan, Copeland and McKinnis will handle those responsibilities. They want to take their time and make sure they find the right person for the job. They want to find someone who loves bass fishing like they do but whom also has the sales and management skills it takes to take the company to new heights.

The new CEO better have thick skin. McKinnis certainly seems up to the task.

I’m going to have to have thick skin on some things, but that goes with where I want to get to with the new BASS. I do get my feelings in this, but that’s a good thing though. We’re all excited about the future and ready to go.