A recent tournament win lead me to analyze with my partner, FLW Tour pro Terry Bolton, what the keys were to catching a 25.75-pound bag of bass on that day. The conclusion was it all centered around decision making on the water, and fishing the conditions that day. So I jotted down what we talked about and came up with 8 things every angler must learn about decision making in fishing tournaments or just on fishing days in general.

The variables in fishing can included things like water clarity, weather conditions, fishing pressure, locations, current and more. You may find some great stuff in practice and then come tournament day struggle to catch them in the same area. Most of the times there are variables we didn’t realize changed. Like maybe all the bites came in the afternoon, or only on cloudy days. Maybe there was current the first two days but not now. Knowing what has changed on a fishing day and adapting to the changes will lend to more success.

We were running to our starting area on the morning of the tournament, when Bolton throttled back and we pulled in on a good looking point, somewhat protected from the wind and a bit of cover on it. Boom. Bolton boated a 4 1/2-pounder almost immediately. So I asked why we stopped there.

“It just looked right,” Bolton said. “I know they get here and today looked like one of those days like when I had caught them here before this time of year.” That experience and gut instinct is what really divides the catchers and fishers.

Know when practice is over 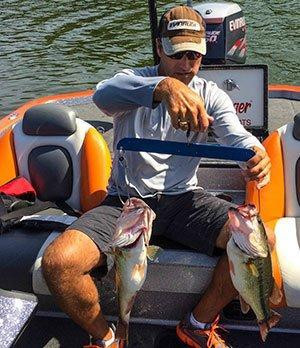 Part of that strategy is in dumping practice and going with the current conditions and where you think it moved the bass from practice. In our tournament, the winds got up and we knew our best areas were going to be toast. So we started running similar type areas that were a bit more protected and low and behold we found bass there doing the same things.

Elite series Gerald Swindle believes anglers hold onto practice too hard and letting go can be the hardest thing in fishing. “We find something in practice and we hold onto like Linus with his security blanket, and we just say ‘I’m going to go do this all day cause this is all I got,’ instead of fishing the moment,” he said.

Give it a second … or two

If you think a spot will produce, you’ve got to make up your mind on how long to give it. In a typical fall tournament, you will need a lot of good places to maybe catch one or two good keepers. So spending too long on one might keep you from getting to all the spots you want to hit. But sometimes a spot can pay off for more than one big fish.

Bolton boated a 7-pounder off a spot and we fished up and down the area for about another hour. We ended up boating several quality fish and some that didn’t help but I asked why did he decide to stay and really milk the area with multiple baits.

“It just felt like an area that a few big ones could really just live on to feed,” Bolton said. “So I decided I probably couldn’t do much better than a 7-pounder but maybe a few good keepers lived there with him.”

There is something to be said for guys that can completely abandon a lure or a technique that caught fish in practice to find a way to catch them even better on tournament day. A certain bait might be the ticket in practice but then come tournament day the bass all but ignore it.

Did they leave the area? Oftentimes not. Sometimes they just repositioned and the presentation isn’t as effective. Realizing how the conditions are influencing the bass and changing to a presentation that gets the fish to react often leads to better catches than in practice.

Sometimes we find a bunch of places in practice and don’t have the time to really learn what it is that makes the area special. Spending a little extra time in the tournament and figuring out where the best feature, piece of brush or just the hard spot they like to feed on can really make the difference. It can take you a bit of time to really narrow down an area to a specific feature but often anglers find that one key spot really improved their odds, presentation and of course catch.

Game plan is not a replacement for intuition

It’s okay to pick a starting spot or area you want to concentrate your efforts on during a day of fishing. But don’t ignore signs. You see baitfish blow up or birds diving, no reason not to investigate just because it’s not part of the “plan.” If the wind is hitting a point just right, if you spot something that looks like it fits your plan, stop in and give it a try. Making those gut decisions, can often yield great results. What many anglers fail to realize is stopping on something you haven’t fished is how you found fish in practice. Nothing wrong with doing that in a tournament too.

Evaluate and decide on competitiveness

How the bass are relating to baitfish and other bass can also be a deciding factor. Maybe you caught bigger fish in one area, but another area has bass that are more competitive. Deciding on how aggressive and competitive the bass are in an area can often lead you to better catches come tournament day. Again this sometimes isn’t discovered until the day arrives to prove what you found. It can lend to whether or not you stay in an area for a longer period of time than if the spot was say a one big fish type of spot. 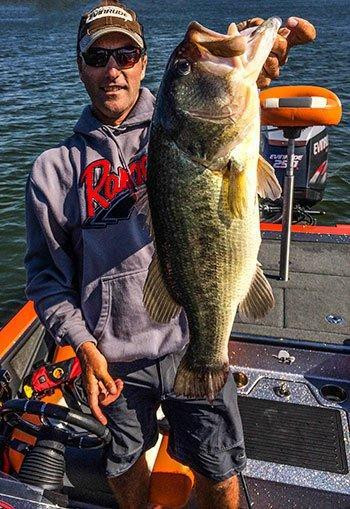 Back story on a recent tournament

I found time to reflect this weekend after weighing in the biggest bag I’ve weighed in a tournament with Terry Bolton. On a lot of fisheries, fishing can get tough in the fall, and even a famed fishery on the Tennessee River like Kentucky Lake has dry spells. September is arguably the worst month of the year on the lake by most anglers accounts.

Yet in the Fall Bass Classic out of Kuttawa, we were able to put together a limit that weighed 25.75 pounds and take not only first in the tournament but also the big bass prize with a largemouth weighing 6.91 pounds. Second place was 19-pounds and change.

To me finding fish is the allure to fishing. Not catching. Catching can be done by most anglers with a common knowledge of bass fishing. But finding areas that hold better quality bass separates great fishermen from average fishermen. But infinitely more interesting to me as a long time angler is the power of good decision making by winning anglers. We stopped on the way to our first area because a point felt right. Almost immediately we boated a 4 pounder.

“Good stop bud,” I said to Bolton on his decision to give a spot we had both fished in previous years 5 minutes given the conditions that morning. “Got any other ideas on our way down.” He did. The next flat we pulled up on was game on. We boated 4 more keepers and had a limit of 15 pounds by 7:30 a.m. We had a limit off two spots we hadn’t practiced on.

“It can be hard to do, but I almost feel like you’re better off not making a cast on areas you think have potential in practice in the fall,” Bolton said. “Chances are you’re not going to get many bites and why run the risk of catch a bass you need in the tournament during practice. If it takes you just 5 or 10 minutes to check it, save it for tournament day.”

We finally made it down to our primary areas and the heavy winds made them too difficult to fish effectively so we gave 5 spots each a shot quickly and decided it was not right. So we started running areas that fit the conditions. We pulled up on a spot and quickly caught a keeper and 15 minutes later caught the big bass of the tournament. A half hour later we boated a 5 1/2-pounder and realized we had probably close to 25 pounds in the livewell. A while later and we boated another kicker and we actually had to cull 4-pounders.

This all happened before noon. We made the decision to just ease our way back up Kentucky Lake and back to Kuttawa and wait for the check-in boat to launch while we focused on keeping our bass cool and oxygenated. The tournament was one of my favorites. It’s well ran, the guys are real friendly. Some great sticks fish in it. And well we caught nearly 26 pounds this year.

It wasn’t a spot or a pattern really, but more about making decisions on the fly. Stop here, go here, stay here. Throw this, change up and throw this. Those decisions are what will teach you more about fishing than not. 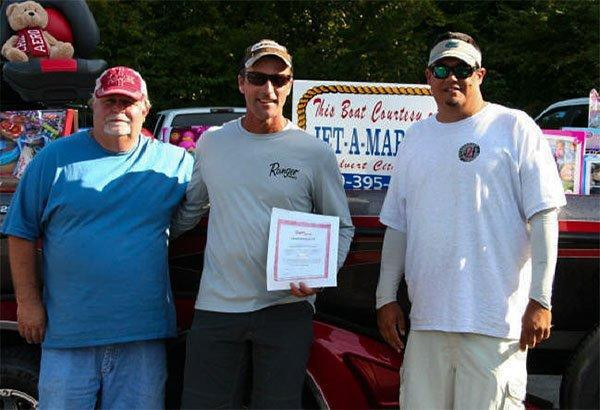