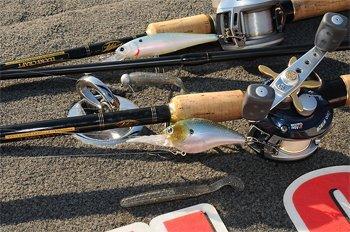 Is fishing luck or skill? Some would say the catching is luck but the finding is skill. We tend to agree to a certain extent. Because knowing how to find bass is the most critical skill you can develop in bass fishing. And really you can’t control whether the bass you find and bites your lure is a 1-pounder or a 10-pounder. But most anglers, just want to catch fish.

Consistent fishing is about preparation more than luck. Sure anglers can go to a local lake and just cruise the banks throwing their favorite bait and catch fish, and there’s not a thing in the world wrong with it. It’s one of the most relaxing ways to fish. It’s the carefree approach that often helps to center us in busy every-day lives.

It’s no secret what Brent Ehrler has done in tournament fishing. He had a year where he beat the local hot shots and west coast pros on a tough Lake Shasta in January. Then backed it up by coming back east and whipping the best of the best on the FLW Tour on Table Rock Lake. There was plenty of press about the magic spot he found there and how he “stumbled” upon it. If I had a $100 for every tournament winner that said he “stumbled onto” the winning spot, I’d be a very wealthy man.

Ehrler did his research before going to either lake, he dissected the lakes in an efficient manner and he kept track of his progress, covering as much water as possible to ultimately stumble upon winning areas and patterns. That’s not stumbling; that’s simply a process of elimination.

Ehrler’s prowess as a bass fishing pro speaks for itself. He’s won the Forrest Wood Cup, Everstart Series Championship, several FLW Tour victories and the first Major League Fishing Event. All that since 2004. He’s been ranked in the top 10 in the FLW Tour points standings 5 of the 8 years he’s fished and finished 2nd twice in the AOY race.

So what is it that made the Brent Ehrler from 2004 such a consistent angler now? It’s all about knowing how to find bass quickly and fishing his strengths. Sometimes that’s the local hot baits but sometimes it’s just doing something he knows works back home and applying it to the situations he sees back east.

There are four keys to Ehrler’s winning system for finding and catching bass:

Breaking the Lake Down

Ehrler starts by breaking a fishery into manageable pieces for his practice time.   He’ll start by looking up as much information as he can about general patterns, general types of areas on the fishery, maybe whether the fish are typically deep or shallow this time of year. Those are key things to when you want to know how to find bass.

“It sounds strange, but I’m basically looking for the area that’s going to have the most fish,” Ehrler said. “That’s not always possible, but I want to focus on the places and stretches where I feel I can get the most bites and the right quality of bites.”

The theory sounds simple enough. But to some that seems like a daunting task in and of itself. Looking at how Ehrler broke down Table Rock Lake should help understand the method to his madness.

He had done well in the past up the James River. The previous year he caught them well enough in a 10-mile area of the James to finish sixth. Ten miles is a lot but he basically knew the key pattern to run, and that 10-mile stretch had the most consistent number of bites.

So this year, he wanted to expand on the James River one day, then run up the White River one day, then run the main lake the third day and put it all together at the end. He ran the James River all day the first day staying off the 10-mile area he fished the previous year. At 2 p.m. he had not had a bite and neither had his co-angler partner for practice, Brandon Hunter. So he started running stuff he knew in the 10-mile stretch. He got a bite here and a bite there. But he felt it was really hit or miss and worried if another guy got on those same banks, were there enough willing fish to still bite.

The second day he ran up the White River. Again he fished all day until about 3 p.m. without a bite. He was working way back in a small creek and caught a 3-pounder. The fish prompted him to fish another hour in the creek without a single bite. So nearly dinner time, Ehrler started to make a run out of the small creek. As he was motoring out he noticed a high spot on his Lowrance graph.

Basically he was a few yards off a bluff creek-channel bank, and the inside turn formed a point that went all the way across the bay before dropping into the channel. It had trees scattered on it down into the channel.

Ehrler pulled around and made a cast. He caught a 2 1/2-pounder on his first cast. A few casts later he had another hit and Hunter had a few hits so they packed up and left it. Now he had another dilemma. Does he make a 50-mile run and hope that he can get on one spot, not knowing how big the school or how good the quality was on the spot. If he did that, there would be no time to fish up the James River that day.

The last day he hit some main lake points and swings and marked a few places that he thought were similar to what he had found to fish on his way back to the weigh-in if he did make a long run up one of the two rivers.

The rest as they say is history. Ehrler’s spot yielded the majority of his weight during the four-day event. His best fish was a 6-pounder that fell for a Lucky Craft Pointer 100DD on channel swing bank he’d found on the way back to the launch.   Another spot he found quickly while scouting the lake in practice.

“I go with my gut,” Ehrler said. “I can almost guarantee what I have tied on starting practice is not what I’ll have tied on in the tournament. You start fishing one thing and that doesn’t work well and you start experimenting. I go with the flow and what feels right for the situation. At Table Rock, I went out one morning and caught a 5-pounder on a crankbait I thought to tie on the night before on a whim. I fished it another two hours and never caught another fish on it. But I went with my gut instinct and hit one fish I needed. If we could all fish our instincts better, we’d all be better fishermen.”

Part of going with his gut is also going with what he learns works in an area or a time of year on a given fishery. “When you hear guys talk about Table Rock Lake that time of year, you hear three things – a Wiggle Wart, a jerkbait and a grub,” Ehrler said. “I threw crankbaits almost all day the first day and had little success. I threw jerkbaits most of the next day and had mild success. I mixed it up the last day but I didn’t get too radical.”

The Yamamoto grub paid off and the Lucky Craft crankbait and jerkbait both came into play as well. So knowing the local generalizations helped. But Brent realized the Wart bite wasn’t there because the water was so cold. And he learned that a deeper jerkbait was producing better. The Lucky Craft RC2.5 DD crankbait he thought might get down over the tops of some of those trees and give the fish another tempting look.

Ehrler keeps it pretty simple but continually tries to refine his offerings until he’s using the most practical tool in his box given the situation faced. 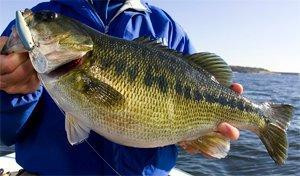 Once Ehrler has some good generalizations about lures, it’s just a matter of covering as much water as he can efficiently. It’s hard for some to understand how you fish fast when the water is cold and fish won’t chase much.

“I fish really fast in practice,” Ehrler said. “That might mean a cast every 10 feet or something even faster. Because I don’t want to really dissect any one area until the tournament. I just want to find a biting fish or two. I don’t want to learn too much or educate the fish too much in a spot.”

Ehrler has spent too much time in areas during practice because he felt like something had to be there even though it never was. Traps like that can really trip anglers up. The thing that helps anglers is confidence that you’re throwing the right bait coupled with the fact that you don’t need to catch every fish out there. You just need a fish or two to tell you they are in the area. Winning practice gets an angler nothing. Ehrler will only yank on fish to figure out if keepers are in the area. On lakes where it’s hard to get a fish that meets the length limits, he’ll set the hook on them more. But if a limit is easier to get, like a 12-inch length limit, he will shake off more fish and leave areas sooner.

Expanding areas during the event is a monumental key to Ehrler’s success. You want to be finding new fish during the tournament and not have educated them all during practice. Sometimes it might just be something you find driving around that you can hit 10 minutes before you head to the weigh-in.

Ehrler has made a living off seeing the potential in an area during practice and then exploiting that potential with huge catches in tournaments.   That’s not something you can learn from an article. But these guidelines should help you mentally stay focused on the task at hand on your own fisheries. Learning where they don’t live is equally as important and learning where they do live at various times of year. If you’ll fish fast and cover water, knowing you may only need one bite in an area to forecast its potential, and keep the lures to a practical selection for the given season, conditions and fishery, you’ll be ahead of the game.

This doesn’t just apply to tournament fishing. We so often get caught up fishing memories, even when fishing for fun that we forget to explore and expand our knowledge of how to find bass. Try picking a new section of your local lake each time you go out this spring. Really try to breakdown all parts of that section, being sure to try several different lures in every area until you really hone in on where the fish are holding. Doing this with some diligence can make your fishing and more importantly catching a lot more rewarding.