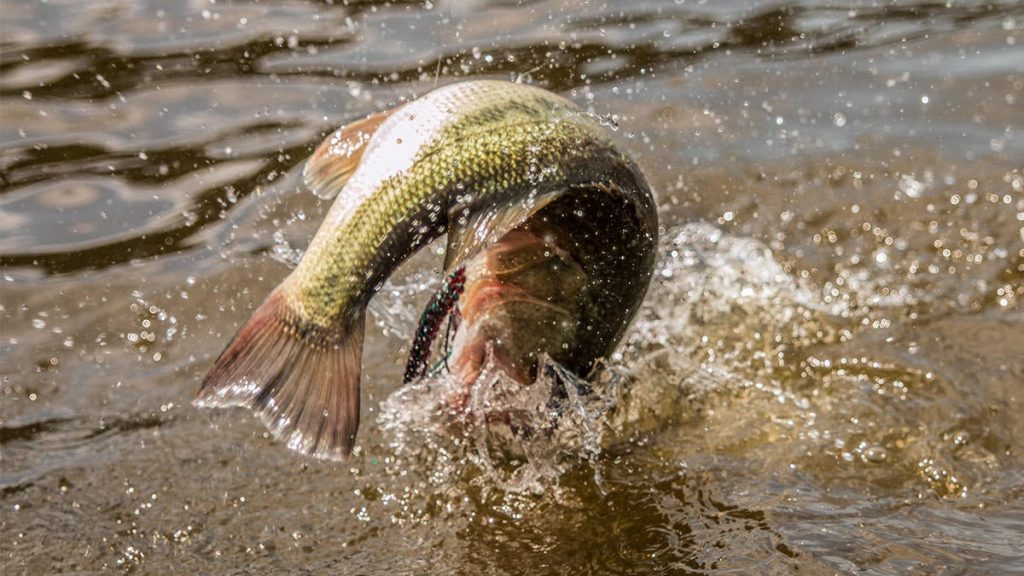 Once upon a time, when I was younger and better looking, I competed in a fair number of bass fishing tournaments. I wasn’t some superstar and I never paid my bills with it. I just fished regionally and around the house with my buddies and had a few good runs at it. It was more about the camaraderie and fellowship for me than anything else, to be honest.

Several years ago, my wife asked me two questions that changed how I felt about my personal tournament fishing. I was in my boat one Friday night, feverishly rigging tackle and stressed to the max about the next day’s tournament. I wasn’t on any fish and for whatever reason, I was totally spun out.

She asked me, “Are you having fun anymore?”

Her final question really made me think.

“Then why in the world are you doing it?”

I’m blessed to be married to a woman like that because man, I just don’t think like that sometimes. I get so caught up in my own stuff that it’s hard for me to step back and take a more introspective look at things. With all of that being said, I quit tournament fishing that evening. I didn’t show up to the tournament and I didn’t miss it one ounce. It was the first Saturday in some time that I wasn’t stressed out and worried about catching fish to earn a little money.

Fast-forward a lot of years and I have a few fishing buddies who are desperately trying to get me back into the local tournament scene. I’ll admit; that old flame has started to flicker a little bit and sometimes I consider it. Either way, I’ve been thinking a lot about what led me to the frustration I experienced with tournament fishing all those years ago.

I screwed up a lot and let things get into my head. I overanalyzed. I took it too seriously. Like I said, it’s all on me. So I want to lay out the most important things I’ve realized during this tournament hiatus because I honestly think it will help folks who read this article. I hope you can learn from my mistakes. 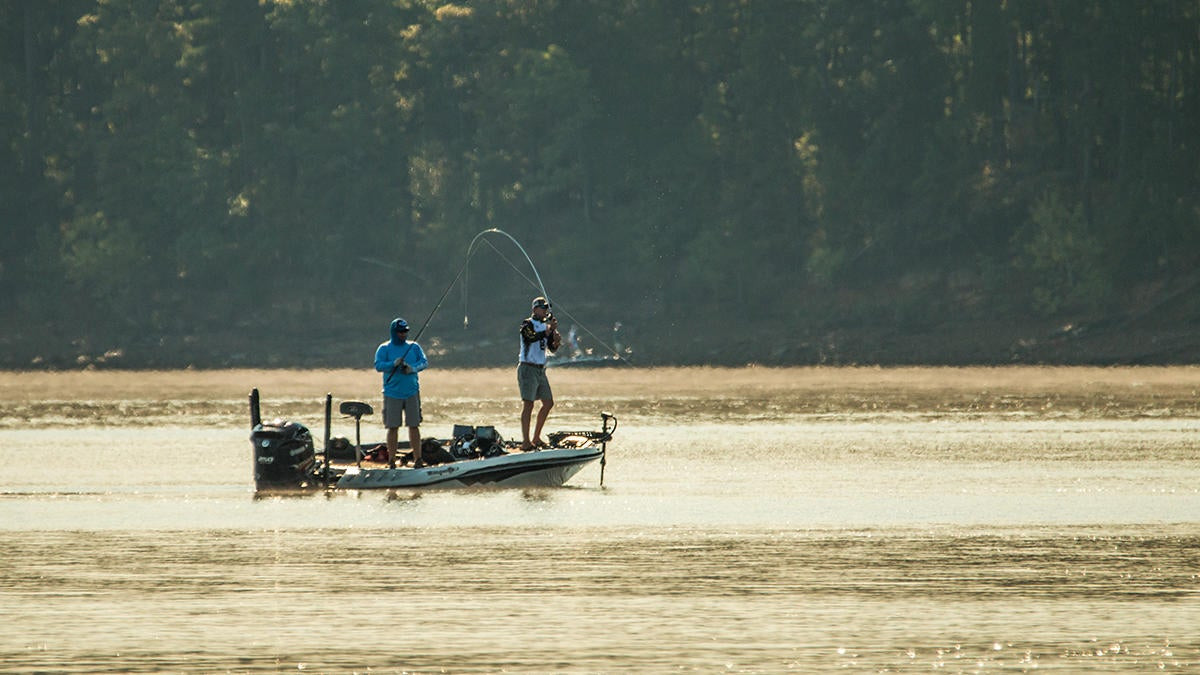 I’ve always lived close to my home lake and as a fisherman, guess what I want to do whenever I have free time after work in the evenings? I want to go catch bass. I remember so many awesome weekday evenings when a friend and I would go catch the tar out of bass and have an absolute ball. We’d be high-fiving, shooting photos and talking about it for the rest of the week.

Until I got heavy into tournament fishing, that is.

As I started entering more tournaments, I honestly believe that I robbed myself of a lot of outstanding memories and joy. I’d run across a school of big bass or a totally obvious pattern and instead of kicking them in the mouth, I’d catch two and leave them biting. I’d tell myself that I was saving ’em for tournament day.

Well… guess what? It never worked. Not once. I never caught those same fish on tournament day. Think about the fun I could have had. The smiles. The laughs. Seeing my buddies or my wife catch big bass. I sacrificed all of that for the distant and desperate hope that these dang fish with pea-sized brains were going to stay right where I found ’em for the next four days like a trained dog.

After a while, it made me a little bitter. I don’t know how to explain it really, but I was almost scared to fish on the weekdays because I was afraid I’d find the juice several days before the derby and be faced with the decision to mash on ’em or leave ’em alone.

Maybe “saving” fish works on some fisheries but in my personal experience, I could never get it to work here. So if I ever start fishing local tournaments again, you have my word that I’m going to catch everything that bites during the week. Then, I’ll go home and think about why they bit so well and try to duplicate it elsewhere come tournament day. If it hurts me in a tournament, I don’t really care. I’d rather have the guaranteed memories and raw thumbs than a glory shot at a weigh-in for social media. I want to try to fish tournaments to have fun without worrying about affirmation from others. 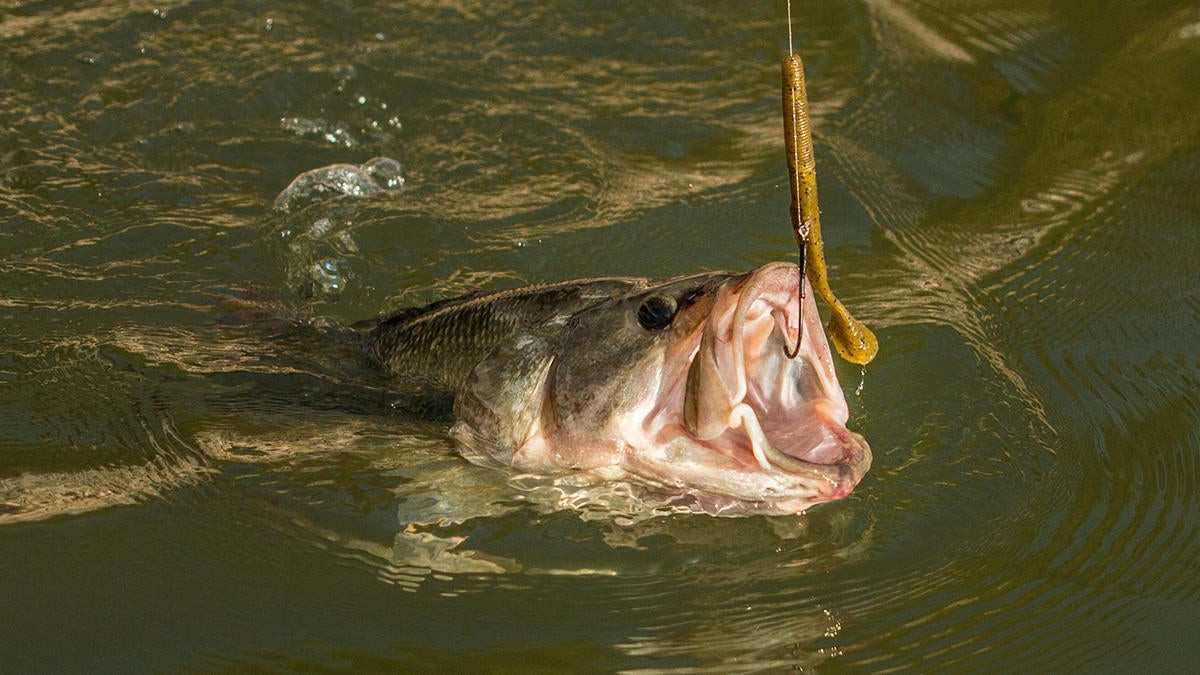 Again, I was much younger and less experienced when I was fishing tournaments so heavily. My career at Wired2fish and the opportunity to work with some of the world’s best anglers has taught me a lot since then. But back when I was getting burned out, I listened way too much to other people. I don’t believe it was necessarily misinformation but I’ve learned an important lesson since then.

You cannot and will not catch other people’s fish.

Fishermen talk; I totally get it. But it seems like I started believing a little bit too much of what I heard at the boat ramp and the corner store. Each angler is better at different things. Just because Billy Bob is catching ’em on a Carolina-rigged chipmunk in 30 feet of water doesn’t mean I’m going to. I stink at fishing a Carolina rig. So why would I even listen to that mess?

There’s also a big (and normally friendly) rumor mill around most local tournament trails and again, I probably fell victim to it far too many times.

“Well… I heard ol’ Cletus is in Milk Dud Creek catching ’em on dang near every secondary point on a snickerdoodle-colored Shad Rap.”

Good for Cletus. That’s great. I hope he catches a 50-pound limit. But you have to find your own stuff and not worry about what anyone else is doing. First of all, Cletus probably knows that pattern and creek a lot better than you. Second of all, Cletus could be full of crap and totally messing with everyone. So it’s important to just find your own stuff. You’ll learn a lot more and if you end up catching a big bag, you’ll feel a lot better about yourself.

I took it way too seriously 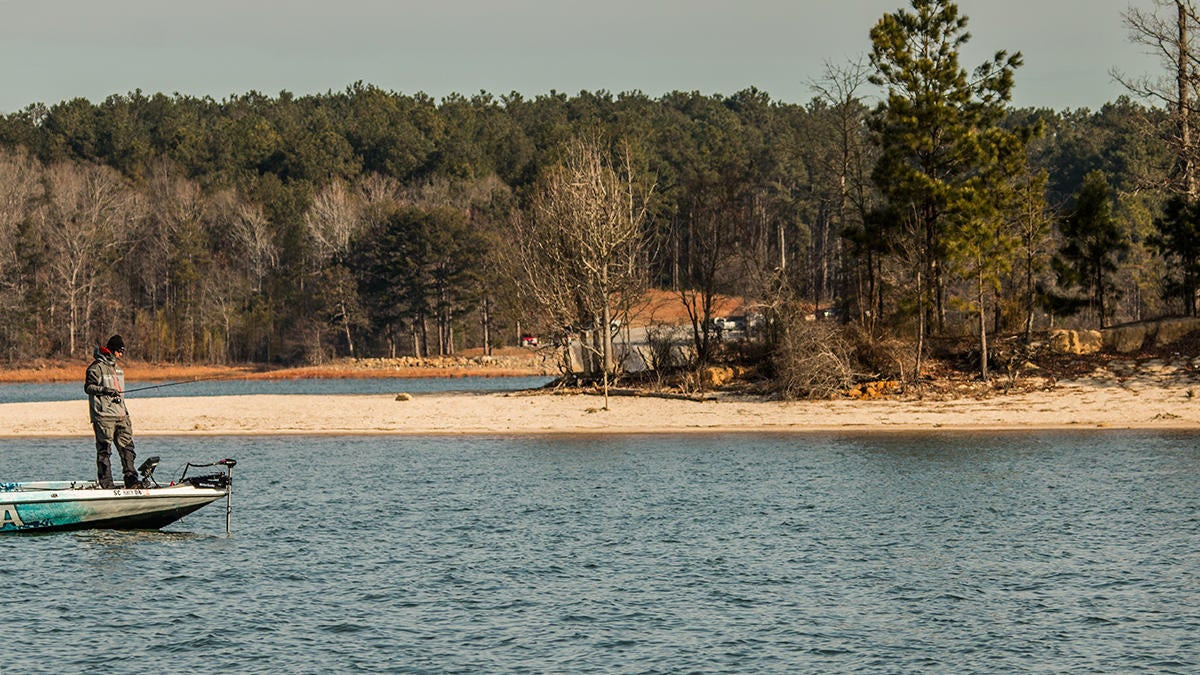 For those who take local fishing tournaments seriously, I totally respect it. I’m just not a very competitive person when I’m fishing. Am I competitive in other aspects of life? You can bet your booty I am. But when I’m on the water, I try my hardest to use it as a time to relax and reflect. When I first started tournament fishing, I went into it with that same lackadaisical attitude and quickly realized I was going to get my teeth kicked in if I didn’t get a little more fiery about it.

In my opinion, I took it a little far. I never was ugly to a single soul or anything like that; I was just super hard on myself when I didn’t catch them. I’d always hang out at the weigh-in and make it a point to shake the winners’ hands but once I got into my truck to head home, I would just beat myself over the head with the whole “shoulda, coulda, woulda”-type stuff. Of course, after a few years of that kind of negativity going on in my head, tournament fishing just kind of lost its luster to me. I didn’t realize at the time that every single angler has bad days and periodic slumps. It’s just life but it took me a while to think of it that way.

We ain’t fishing the Bassmaster Classic. It’s just a fun Saturday derby and I think we all need to keep that in mind at times.

If you have a buddy who’s getting a little burned out on fishing tournaments, I encourage you to send them this link because I’m willing to bet they can relate with some of my experiences. I’m not saying I’m going to go fish a tournament every Saturday now but whenever that old flame flickers, I’ve made a promise to myself to look back at the aforementioned lessons and always keep them in mind.

Please remember one thing: Fishing is supposed to be fun. If you’re not having fun with it anymore, you need to change something. Thanks to my wife, I learned that lesson before it was too late.