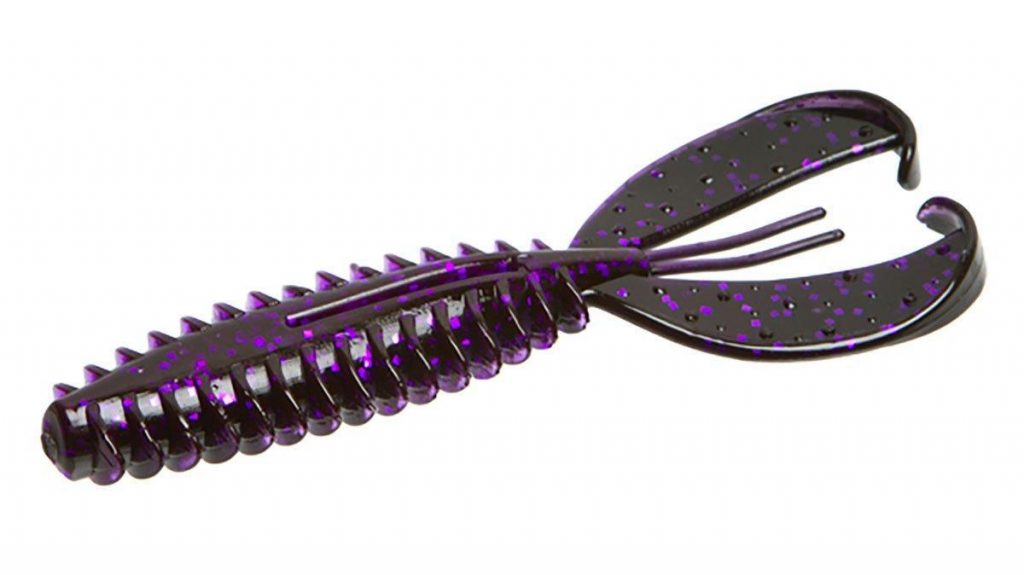 Zoom Bait Company has announced the release of the new Z Craw Jr.; a downsized version of the popular ribbed crawfish lure introduced last year to overwhelming acceptance. They’ve shrunk the original model down from 5 inches to 3 1/2 inches for situations in which the bass demand a smaller, less threatening profile, but retained the same forward-facing ribs and fluttering craws of the full-sized Z Craw .

In its single year of existence, the Z Craw found a purpose not only in punching the thickest cover around, but also on the back of swim jigs, vibrating jigs and structure-hugging wobble heads. This new smaller version will handle all of those same applications.

Currently, the Z Craw Jr. is available in 13 of Zoom’s most popular and universally applicable colors. Look for it soon at leading tackle stores and online retailers!