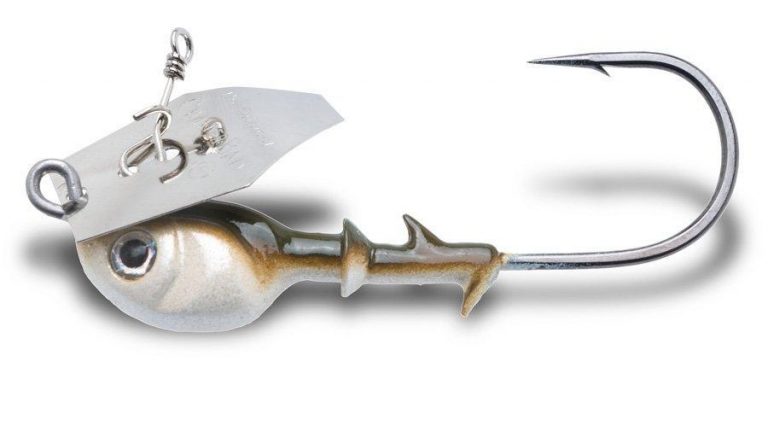 This newest patent continues to protect the direct head-to-blade connection and erratic vibrating action exclusive to ChatterBait brand lures that has accounted for dozens of bass tournament wins and arguably has won more money in bass tournaments than any other lure in the last 10 years.

“The ChatterBait bladed jig’s profound impact on tournament bass fishing demonstrates that the efforts we’ve taken to protect this groundbreaking invention via the patent system are warranted,” said Z-Man President Daniel Nussbaum. “While patents are sometimes a foreign concept to anglers and even tackle industry professionals, receiving multiple patents stemming from a single invention is commonplace in other industries and exemplifies how the patent system can encourage innovation and reward innovators, as well as companies like Z-Man that invest in taking the proper steps to protect their innovations.”

Following dramatic tournament success in the spring of 2006, demand for Davis’ product exploded, far exceeding what he was capable of supplying. Davis then sought out the assistance of Z-Man, another South Carolina business and his silicone skirt supplier. Z-Man began manufacturing, marketing, and distributing ChatterBait brand products and not only met growing customer demand, but expanded the product line further. Unlike many other lure inventors and small-scale manufacturers, Davis had the wherewithal to take the steps required by law to protect his invention and brand via the United States Patent and Trademark Office,resulting in valuable ChatterBait intellectual property that he sold to Z-Man in 2008.

Since the issuance of its first utility patent in 2009, Z-Man has undertaken an exhaustive effort to educate the industry regarding not only the intellectual property portfolio surrounding its ChatterBait products, but also regarding utility patents and the patent system generally. This has been a daunting task in an industry that is fraught with copycatting. Those who knock off the legitimate products of tackle suppliers –Z-Man being only one of many affected suppliers—damage theindustry as a whole. In the past seven years, Z-Man has issued multiple patent press releases to inform the industry about its patents and enforcement efforts,  and Z-Man personnel, through e-mails, letters, and personal calls,have reached out to over one hundred lure companies and  individuals to explain the protections afforded by its patents. Most instances of infringement have been unintentional and have resulted from misunderstandings about patent rights, primarily due to a lack of understanding of the patents themselves or the protections offered by utility patents generally. The vast majority of these situations have been silently, simply and reasonably resolved.

While  other  companies routinely charge hired attorneys with such enforcement efforts (generating unnecessary expense for everyone involvedin the process), only twice has Z-Man been forced to involve lawyersin these discussions or file suit. Both situations involved companies that failed to respond to Z-Man’s attempts to communicate and were blatantly infringing on Z-Man’s intellectual property. Z-Man intends to continue its efforts to educate the industry about its patents and, when forced to and where necessary, take legal action to enforce its patent rights against infringers after exhausting other avenues of dispute resolution.