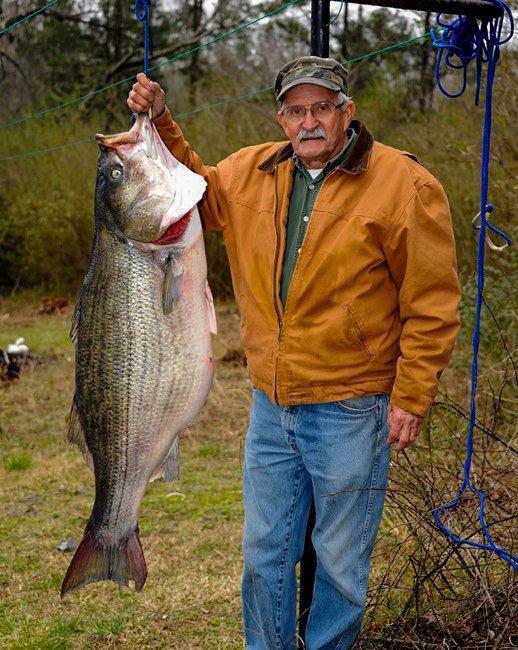 James Bramlett of Dora, Ala. may hold not only the Alabama state record but also the world record for striped bass after a day of fishing on the Black Warrior River this weekend. Bramlett, a retired iron worker, was fishing near the Gorgas Steam Plant with 10-inch shad for bait when the big fish hit. after a 25-minute struggle, the angler landed what could be a record-shattering striper of epic proportions.

We knew the fishing in the Warrior River could be good for other species, but many probably had no idea that its waters were inhabited by mamoth stripers like this one.