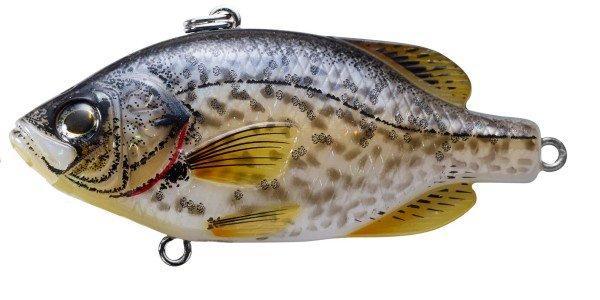 Some of the best tournaments we have as anglers are sometimes ones that follow a so-so finish. It doesnâ€™t matter if you are a professional or a weekend angler. Learning from both productive and less productive time on the water will make you a better angler.

We had a chance to sit down with Bassmaster Classic 19th place finisher David Walker and talk to him about lessons learned at this Classic in this Q&A.

W2F– You had an exceptional first day of the Classic with a 5 bass limit of 24.13 pounds. Where did you find the fish positioned and what bait was your go-to lure?

Walker– I had rods with three baits on the deck. I had a jig, a Z-Man 3/8 ounce Chatterbait Elite with a Diesel Minnow and a LIVETARGET Lipless White Crappie. The  Z-Man Chatterbait Elite    has a bigger hook, 5/0, and a larger profile. The LIVETARGET lipless rattling bait was the key. That bait has a wide profile, can be cast a long way, and it wants to lift when pulled. The White Crappie is a wide lure and runs nose down and also falls nose first like it is diving to the bottom when stopped.

I fished it like casting a jig or a worm and basically just pulled it along until I hit a clump of grass, then would rip it free. Most bites occurred when it was ripped free.

W2F-What changed on day two where you stumbled with  4 that weighed 9 plus pounds?

Walker– The water rose 18â€ from a huge storm the night before. Besides rising, the water warmed a bit. Practice temps were in the low 40â€™s and on Day Three it  had risen to 51 or 52 degrees. I was fishing small obscure points next to spawning areas and most of my fish came in water from 5- 8 foot. There had to be grass.

I made a major tactical mistake on that day as I kept hunting for the fish in those same areas looking for something they wanted versus where they went. They had left the deeper areas and I should have headed to the bank. I kept changing baits instead of changing areas. In hindsight I would have came to the bank with rising water and threw a Chatterbait or a swim jig. I did catch some 3 pounders on a jig but the LIVETARGET White Crappie caught bigger fish.

I had LIVETARGET paint me up some red baits but they didnâ€™t seem to work nearly as well as the White Crappie Color. I like the golden shiner color, Yellow Metallic,  but this White Crappie color really puts off some flash and I think that made a huge difference even though this lake is known for red.

I fished the LIVETARGET White Crappie on a 7â€™4â€ G Loomis GLX, with a Shimano Metanium with a 7.6:1 gear ratio and 20 pound Sunline FC Sniper. I like that heavy line to rip the bait free and for better feel but because so many big bass live in Guntersville too. FC Sniper has very minimal stretch and that helps detect more bites especially on slack line. 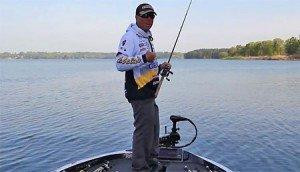 W2F-Did your electronics play a role at all?

Walker– I used my Lowrance HDS Touch 9â€™s to find the grass clumps. In particular the first and third days it played a significant role. I rebounded well on Day Three with 16.15 pounds but stumbling for one day against these guys spells disaster.

W2F– What was the biggest thing you learned now heading into the first â€œRoad to the Classicâ€ tournament at Lake Seminole?

Walker-I pre-fish ahead of events very little but will go places I havenâ€™t been before prior to cut-off. I believe that most of the same things that happened here at Guntersville should be in play at Seminole. The only exception is that we may be looking at more fish on the bed, spawners, than pre-spwaners like we had here. I will be looking for areas where the fish are staging and hopefully find the right area where it gets better and they re-load every day. I have had a lot of success on both Seminole and the St. Johns River so I am excited about both of these tournaments.