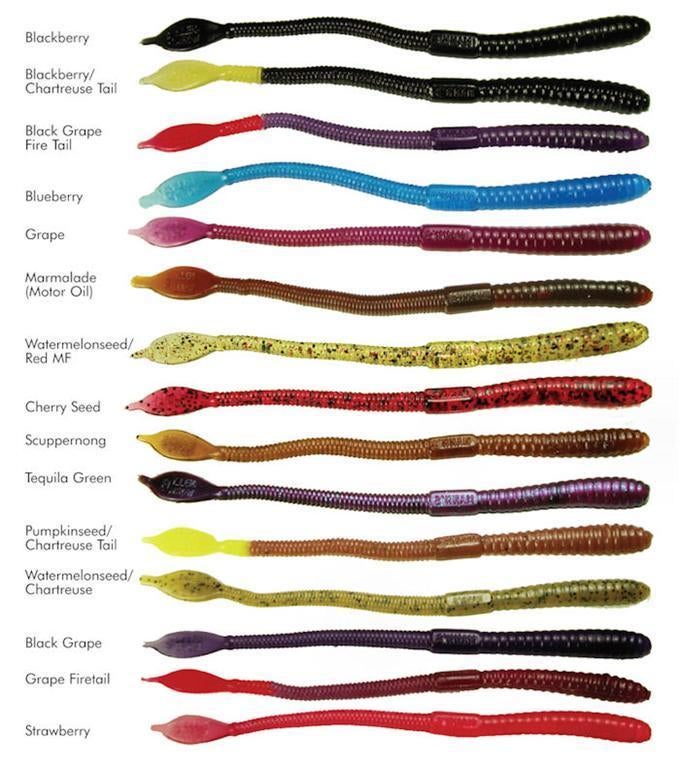 If you are an oldtimer the name Mann’s Bait Company resonates well with you. They have been in business for over 50 years and are still building baits that win tournaments at the highest levels.

The Augertail Worm was a mainstay in the 80’s. The Mann’s 20+ was a Jack Davis creation that was the first plastic crankbait to probe depths deeper than 10 feet.

Mann’s Bait Company, started by the legendary Tom Mann in 1956, also had one of the first scented packaged worms to hit the market with the Jelly Worm.

Lets reminice a bit. The first worm we ever saw that wasn’t alive was the Creme worm. It had the color down pat but had the action of a stick. The next one we really took a liking to was the  9 inch Jelly Worm. It came packed on a card with cellophane over the worm and it was a juicy cuss. We could hardly wait to tear into them and then placed them in a “tackle Box” for safe keeping. We  soon found out that they would eat a compartment in a tackle box and what you had left was a kin to a squashed squirrel.

The strawberry scented model, our favorite,  was also straight as a string with and eggsack and a paddle shaped tail but the plastic consistency was softer than those that came before it. That worm actually looked alive in the water and fished slowly it caught bass. We never really knew if the strawberry scent made a difference but it sure didn’t hurt and worms that had an oily feeling to them seemed to catch more bass.

We fished the first Jelly Worms on a 5 1/2  foot composite Skyline Rod that was as stiff as a broom handle. We teamed it with an Ambassador 5000C reel and used line that was more like kite string than fishing line. We sometimes used a bullet weight but also used a 1/4 ounce rubber core weight or a split shot on occasion too.

The fish would hit it, swim about 2 miles and we would try to set the hook. Some of the best hook sets were completed  running up the hill.  Our testing ground was farm ponds and lakes that usually had cattails and snot moss along the bank. The goal was to cast past the weeds or find a place to parallel them and then hold on. It really wasn’t as much about the bait but the hookset. We rigged it with an aberdeen Eagle Claw hook to aleviate problems with snags and lost baits. If you got hung up you just pulled and straightened the hook. When Tru–Turn hooks came out our hook up raitos improved.

As our equipment improved so did our catching.

Recently Paul Elias broke the total weight world record and guess what he had tied on? An 11 inch Jelly Worm. It still catches fish!

The Jelly Worm is still available today and catches just as many fish as it did when we first fished them. It works great deep in the larger sizes and is a very subtle bedding bass bait in the 9 inch model too.