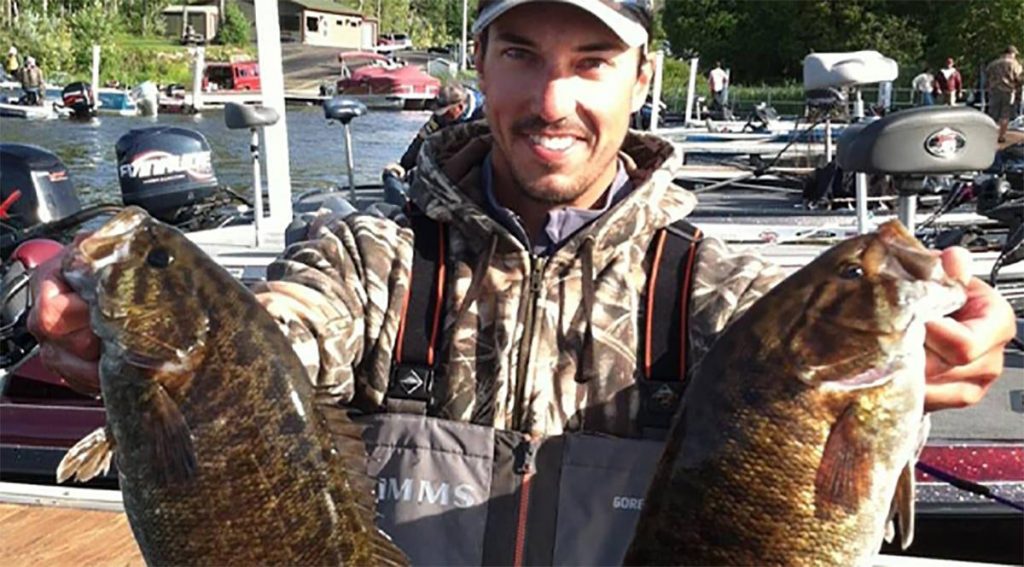 When he was 10, Bob Downey caught his first “giant” bass on a Rapala lure. That’ll happen a lot more in the future, as Rapala ® recently signed the Bassmaster Elite Series rookie to its Pro Team.

“To be representing and partnering with a company that’s so iconic is pretty neat,” he says. “I’m super thankful for the opportunity. I’m really excited to work with the Rapala team.”

Rapala too is enthusiastic about working with Downey.

“He’s a great, humble guy, talented fisherman,loves Rapala baits and looking to make a start fishing professionally,” Quinn says. “The stars aligned that we could work with him on his first year on the Elite Series.”

“He built a great reputation over the last few years,” Quinn says. “He’s well respected as a good-quality guy in addition to being a good-quality fisherman. Which is what we always look for to fly the Rapala flags.”

Downey began fishing at such a young age that he doesn’t remember catching his first bass. He’s got a photo of himself showing off a small largemouth he caught at age 2. Growing up in a Minneapolis, Minnesota suburb, he fished in the Land of 10,000 Lakes with his parents, grandfather and uncles. In all of their tackleboxes were Rapala baits.

“Rapala, from a very young age, was a well-known brand for me,” Downey recalls. “My first floating Rapala I got from my uncle when I was about ten years old.”

It was on that Original Floating ® Rapala that Downey caught his first lunker bass, a 6-pounder.

“And I’ve used Rapala baits ever since,” he says.

Downey’s favorite Rapala baits are DT-6 crankbaits, Shadow Raps and Shadow Rap Deep jerkbaits. He’s a big fan also of the Original Wiggle Wart, an iconic offering from Storm, another Rapala respected brand. He anticipates all those baits will be key to success this season on the Elite tour. Other baits he expects will yield key fish include VMC ® Tokyo Rigs and Neko hooks, Rapala BX Brat crankbaits and Storm ® Arashi Vibe lipless crankbaits.

Downey will compete in his first Elite Series tournament February 6-9 on Florida’s St. Johns River. He will compete in the Bassmaster Classic March 6-8 on Alabama’s Lake Guntersville.