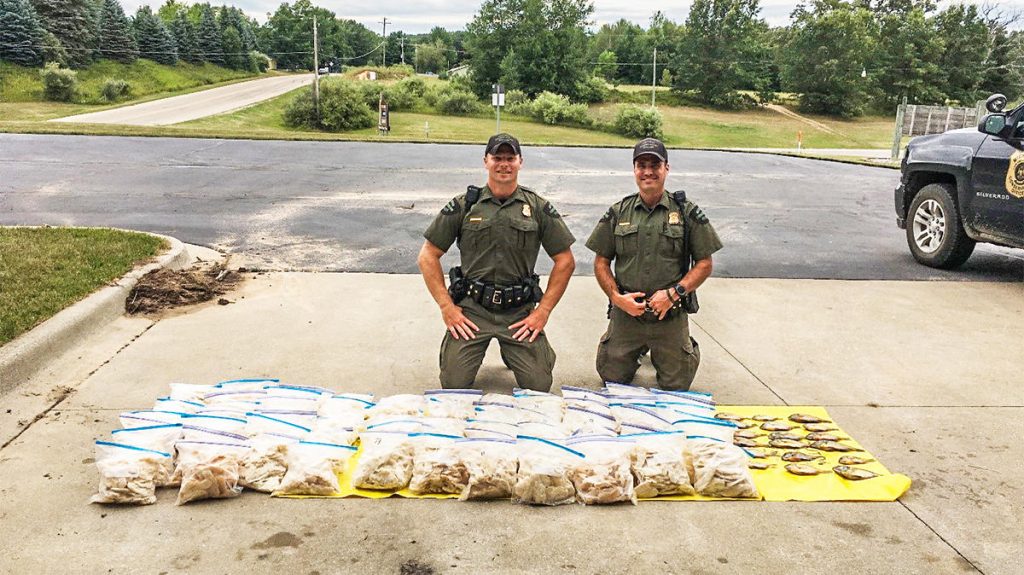 A 67-year-old Michigan man has been ticketed after conservation officers discovered more than 1,400 illegal panfish in his garage freezers, according to the Michigan Department of Natural Resources. Officer Mark Papineau had been receiving several calls about possible over-fishing on Gladwin County’s Lake Lancer, which prompted an investigation.

Based on several leads, officers saw the man’s boat trailer and vehicle at a private boat launch one morning. They made contact with the angler and were presented a legal fishing license and he had just 13 panfish in his possession. The daily limit is 25 panfish. When the officers returned later in the day, however, the man’s vehicle and trailer were gone.

The officers returned for a third time that day, and the man’s vehicle and trailer had returned to the boat launch. The officers contacted him again and this time, he had 24 panfish in his possession. The man confessed to the 13 panfish earlier in the day and invited officers to search his garage freezers.

The officers found 19 panfish caught earlier in the day, which was more than what he originally claimed. But worst of all, they found 70 bags of filleted panfish. The legal panfish daily limit is 25 per day in addition to two days’ worth of processed fish. The man exceeded the limit by more than 1,400 fish.

The fish were confiscated and the man was issued a ticket. When the fish isn’t needed for evidence, it will be donated to a local food bank or church.