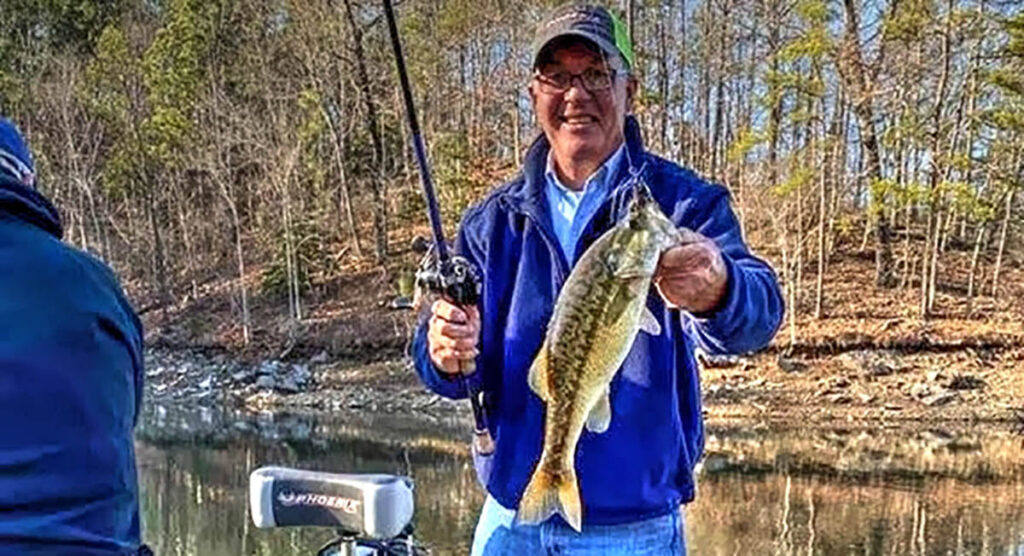 For the past few seasons, with words and actions, Major League Fishing (MLF) Senior Director of Operations Bill Taylor had laid the groundwork for his departure from the duties he’s overseen and controlled since 2001. Taylor made it official this week, as MLF announced that the longest-tenured tournament director in the company’s history is stepping away.

Taylor, who was the tournament director for the Tackle Warehouse Pro Circuit (formerly FLW Tour) for more than 19 seasons, officially announced his retirement as of January 1. It marks the end of an incredibly successful reign during which Taylor helped usher in numerous tournament eras, from the first wrapped trucks and boats to the internet age, to expanded live-streamed tournament coverage, and through the acquisition of Fishing League Worldwide (FLW) by MLF in 2019.

“I told Kathy Fennel some time ago that I’d know when it’s time – and it has been such a fun ride – but it is time,” said Taylor, who turned 74 in August. “Those 4 a.m. wake-up times are getting pretty tough. I was blessed to have a great job that allowed me to do a little bit of fishing and hunting each year. But being tied up for several weeks each year, away from my family, my phone always ringing – it’s weighed on me quite a bit over the last few months. I’m happy that I am able to retire and I’ll have more time to spend with my family and do a little more fishing and hunting.”

A decorated tournament angler in his own right, Taylor fished in the first-ever Operation Bass (precursor to FLW) tournament in 1980. He worked full-time as a UPS driver for 30 years, from 1970 until he retired from the company in the year 2000. He first began working for Operation Bass in 1989, helping out at the Red Man Tournament Trail events as part of the operations staff. When Operation Bass was acquired by Irwin Jacobs and re-branded as FLW in 1996, Taylor was brought along as part of the operations crew and worked the inaugural season of the FLW Tour, using PTO time from UPS to fulfill his tournament duties. After his retirement from UPS, he was promoted to full-time tournament director of the FLW Tour in 2001, a role he held through the 2019 season. In his final two seasons with MLF, Taylor served as Senior Director of Operations, working with all of MLF’s tournament directors to help with planning logistics, venue selection, angler recruitment, on-the-water coverage and anything else that needed to be done to make sure the tournaments were successful.

“There are so many people that I want to thank and recognize, and if I tried to mention them all it would take a novel. But I need to thank my family – especially my wife Barbara – for always supporting me 100%, even when it would sometimes take me away for weeks at a time,” Taylor said. “I want to thank Charlie Evans and Kathy Fennel for giving me my first opportunity to work as a full-time tournament director. And I want to thank MLF, for allowing me to stay with the company through the acquisition of FLW and finish my career. I wish everyone at MLF nothing but the best, they will always have my support, and I will continue to be a strong ambassador for the company.

“It’s been a great run,” Taylor went on to say. “I got to work front and center with the best fishermen in the world. To be a part of this industry – working alongside the anglers and sponsors, making decisions, creating rules – it has truly been one of the most rewarding times of my life.”

“Bill Taylor is the most dedicated person that I have ever met,” stated MLF Executive Vice President and General Manager Kathy Fennel. “He is incredibly thorough and always prepared. He is not a procrastinator. It’s a quality that our staff has respected, admired and even joked about all of these years – you’re not going to beat Bill Taylor to the ramp in the morning. He was the first person there, every single day, and is the hardest-working person that I know. The man loves fishing – both working and on the other end of it with a rod and a reel in his hand. And that’s what has made him such a great tournament director. He has a huge heart, and he truly cares very much.

“More importantly, Bill is an amazing family man. He doesn’t put anything ahead of his family, and he’s the same way with his work family,” Fennel continued. “No matter the situation or task, I knew that if I called on Bill he’d be there to help me figure out a way to get it done. His honesty, integrity and passion has elevated not just our organization but the entire sport of professional bass fishing.”

“Bill Taylor is an individual that has as strong of a passion for the sport of bass fishing as any human that I’ve ever met,” Duckett said. “I’ve fished tournaments since 1977, and only a few tournament directors that I have worked with have the character needed to make the really tough decisions, no matter what anyone else thought. Bill Taylor is one of those individuals. Bill always had the answer, and it was always fair and never influenced.

“After the acquisition of FLW, I got to work alongside Bill on the business side of the sport and I was really impressed on how focused he was. Any problems or any ideas we had – Bill was 24-7. His lifetime passion for bass fishing is an impressive quality, and we thank him for his time at MLF.”

For complete details and updated information on Major League Fishing, its tournaments, and sponsors, visit MajorLeagueFishing.com.