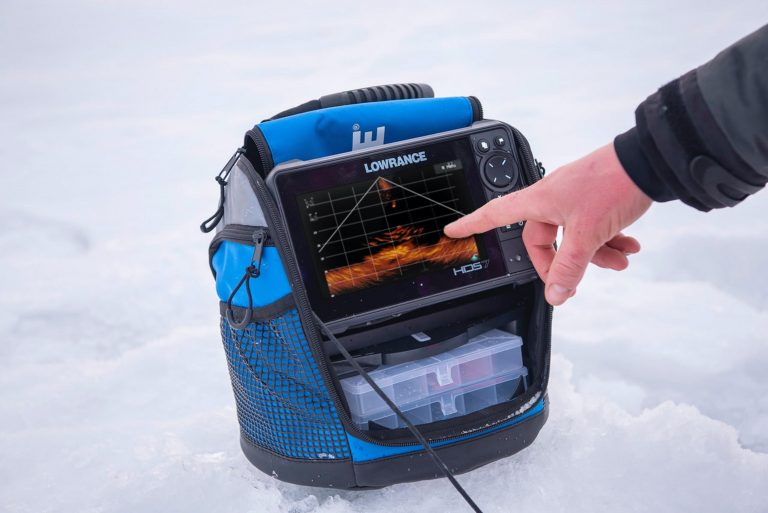 Lowrance ®, announced the latest in its ice fishing product line, the new LiveSightâ„¢ Sonar Ice Transducer, which delivers real-time views of fish movements below the ice.

Maximizing anglers’ time during the winter months, Lowrance HDS fishfinders â€“ when combined with the LiveSight Sonar Ice Transducer â€“ gives anglers a view that reveals how fish react to a lure or bait presentation as it happens. Featuring the widest sonar beam and longer range, LiveSight Sonar delivers an unparalleled view of the water column compared to traditional sonar, making it easier to find and track fish. The LiveSight Sonar Ice Transducer comes with a mount for convenient suspension through a hole in the ice.

“Not only does the LiveSight Sonar Ice Transducer give you a great down-looking view, but you can also angle the LiveSight Sonar slightly forward and rotate it below the ice to get a view of structure and fish around the area,” said Knut Frostad, CEO, Navico. “This saves time when preparing to drill the next hole, letting you get the most out of your time out on the ice.”

A Portable Power Pack (SKU: 000-15111-001) is required to use the LiveSight Ice Transducer with HDS LIVE 7 or HDS Carbon 7 displays. HDS Carbon displays also require the compact, PSI-1 module to work with the LiveSight Sonar transducer. The PSI-1 module can be connected directly to the display via its sonar port and Ethernet connection.

To learn more about all the Lowrance ice-fishing electronics, as well as the new LiveSight Sonar Ice Transducer, or to locate an authorized Lowrance dealer, please visit www.lowrance.com/lowrance/activity/ice-fishing.