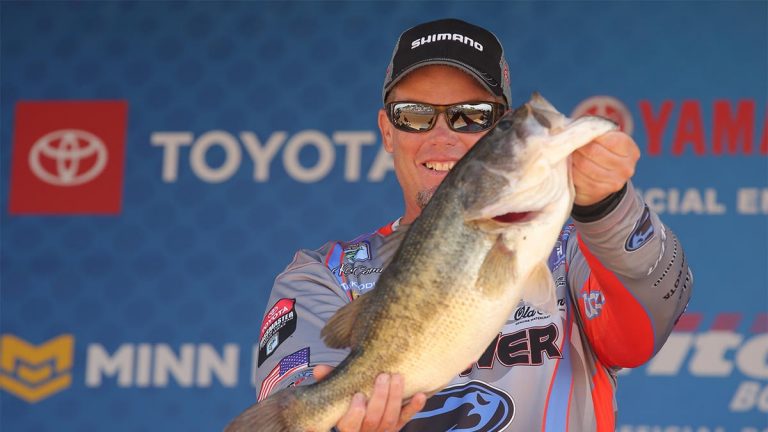 As the Academy Sports + Outdoors Bassmaster Classic presented by HUK kicks off in Alabama this week at Lake Guntersville, seven members of the Lew’s and / or Strike King pro staff will be attempting to hoist the trophy at this historic 50th Bassmaster Classic at Birmingham’s BJCC Legacy Arena on Sunday, March 8.

Team members that will be representing the brands will be: Shelby, N.C. pro Matt Arey, fishing his first, Josh Busby from Rogersville, Ark., who won the Bassmaster Team Championship in December at Lake Hartwell, Keith Combs, of Huntington, Tex., in his eighth Classic appearance, fellow Texan, from Del Rio, Ray Hanselman, will be making his first appearance. Bill Lowen, of Brookville, Ind. will be appearing in his 10th Bassmaster Classic, and will be joined by Paducah, Kent. Pro Mark Menendez, who is fishing his sixth.

Rounding out the team’s appearances in the Classic is Team Lew’s pro Paul Mueller from Naugatauk, Conn., who set the one-day Bassmaster Classic weight record with 32, pounds, 3 ounces on day two of the 2014 Bassmaster Classic at Lake Guntersville en-route to finishing second place in the event.

Having just completed their practice periods, the bite at Guntersville hasn’t been particularly easy; however, Menendez said to expect decent weights. “The bites haven’t been coming in big numbers this week, but once you find them, they are quality fish,” he said. “It’s going to take some work to pull this thing off, but I’m going to stick my nose in it and go after it; it’s the most important event in our sport, and I’m happy to be here.”

One of the lures that shined in the 2014 Bassmaster Classic was the Strike King Red Eyed Shad lipless crankbait; and that particular category of lures will likely play a role in this year’s event as well. Along with it, a Strike King Thunder Cricket, spinnerbaits like the Premier and Premier Plus models should shine, as will some of the jigs offered by Strike King.

Please take the time to visit with the pros, get autographs and photographs with them and see the newest products from Lew’s and Strike King; like the new Custom Lite baitcasting reels and the newly engineered Custom Speed Stick series of rods and the new Tour Grade fishing line in booth number 2141.