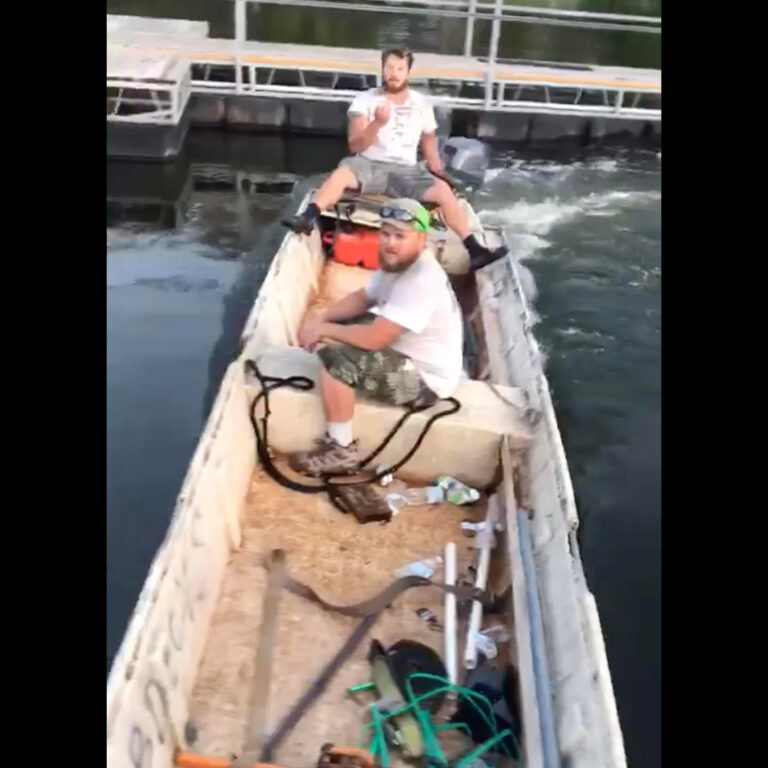 According to Oklahoma Highway Patrol officials, Austin Potts of Arkansas has been charged with two counts of felony Assault and Battery with a Dangerous Weapon, one count Acts Resulting in Gross Injury, one count Failure to Possess Current Registration on a Vessel and one count Failure to Have Required Equipment on a Vessel after an altercation with two anglers fishing around the Sunset Cove Marina on Ft. Cobb Lake in Oklahoma.

You can see the original story of how the altercation started here.

The Assault and Battery with a Dangerous Weapon charges are felonies with a maximum penalty of up to 10 years in the state penitentiary or up to 1 year in the county jail.

Click this link to see the public record of the charges being filed.

We followed up with Jacob Russell who was the owner of the the fiberglass Nitro bass boat that was rammed by Potts and co-worker in a jon boat on Ft. Cobb Lake. He was aware of the charges and is still seeking restitution for the damage done to his boat. His boat had to be totaled by insurance because it is now considered as having been in an accident which voids the warranty on their boat. The outboard motor was also badly damaged as was the trolling motor and some rods.