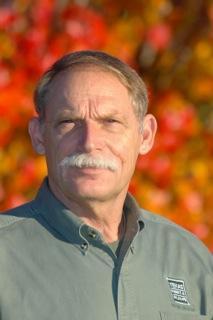 David L. Campbell, coordinator of Texas Parks and Wildlife Department’s ShareLunker program, will retire at the end of March.

Campbell has worked for Texas Parks and Wildlife Department for 46 years. He was inducted into the Texas Freshwater Fishing Hall of Fame in 2011.

As manager of the Tyler Fish Hatchery, he was instrumental in the introduction of Florida largemouth bass into Texas and has helped stock fish into almost every public reservoir in the state. He has been associated with the ShareLunker program since its beginning. He picked up the first fish entered into the program in 1986 and most of the more than 500 entered since.

Through his years of experience of caring for trophy largemouth bass, Campbell contributed a great deal to the knowledge of how best to care for big fish and communicated this information to the public through countless interviews with media from newspapers, magazines, radio and television. This emphasis on the proper way to handle big fish appeared in newspaper articles as early as 1990 and may prove to be one of Campbell’s most enduring legacies. Coming as it did at the same time catch-and-release of big bass became the norm, the impact of proper fish handling on the conservation of trophy bass can hardly be overestimated.

“David Campbell and the ShareLunker program are almost synonymous,” said Gary Saul, director of TPWD’s Inland Fisheries Division. “He is without doubt the number one ambassador for the ShareLunker program, which is TPWD’s most highly visible program, gaining more media coverage annually than all other TPWD programs combined. To hundreds of anglers and the public, Campbell is Mr. ShareLunker.”

For more on his career visit,  tpwd.state.tx.us.