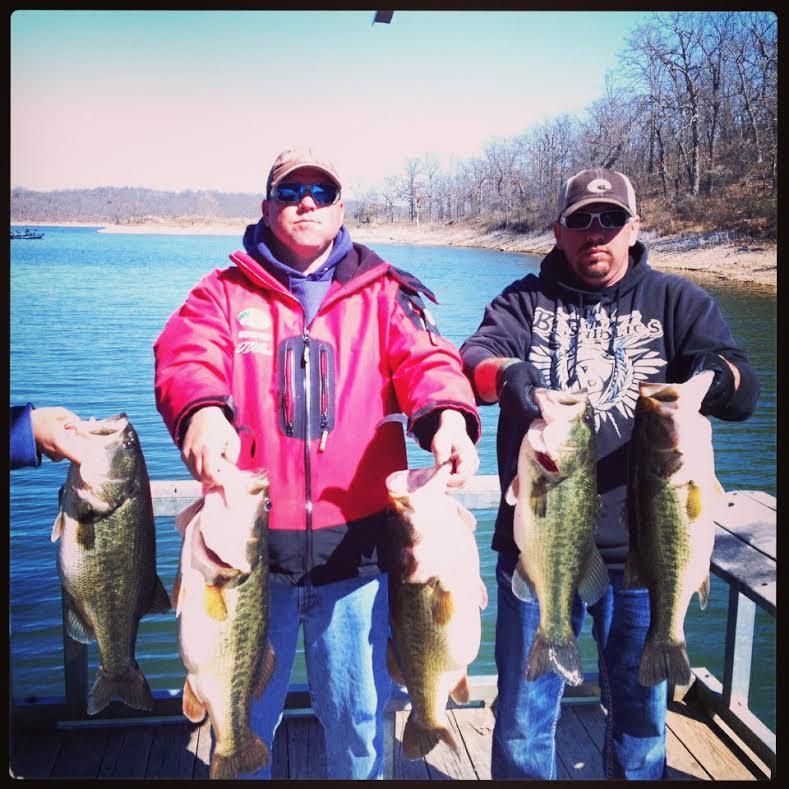 Marco Vaca and Doyle Idleman  had a trip of a lifetime on Lake of the Arbuckles in Oklahoma March 23 in Future’s Bass Tournament held there.Their 5 bass limit weighed an amazing 42.71 pounds and were caught on a crankbait and a  Yumbrella Rig. They had 2 over ten pounds with their smallest fish over 7 pounds. Second place was 34.16 and they had big of 11.69.  “We had a small limit early and culled up later in the day” said Vaca. “It was a very special day.”

Lake of the Arbuckles is a 2350 acre lake that serves as a water supply for Ardmore, OK and has a reputation as a fickle but often big bass fishery. Built in 1966 by the Bureau of Reclamation at the confluence of the  Buckhorn, Guy Sandy, and Rock Creeks Lake Lake Arbuckle is a generally known as one of the best bass lakes in Oklahoma. Just for the record Vaca and Idleman had a 41.96 pound stringer on the lake last January.