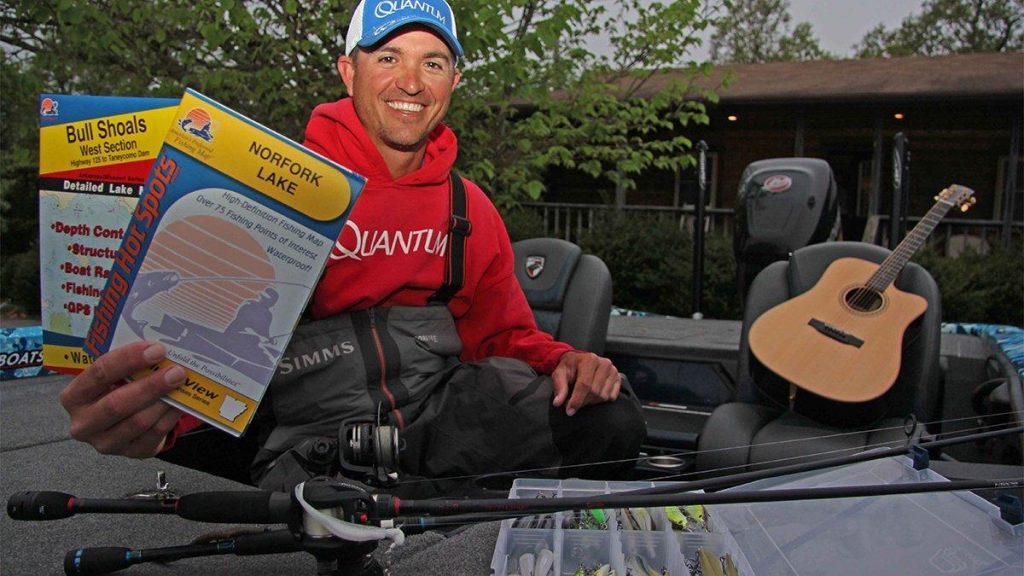 Casey Ashley walked out of a cozy cabin near the shores of Bull Shoals Reservoir and prepared for the last long, rainy day of practice at one of the most unique events of his illustrious young career.

Instead of competing on a single body of water, this week’s tournament kicks off at Lake Norfork on Thursday then goes to Bull Shoals on Friday and Saturday, with the final day back at Norfork on Sunday.

No surprise, Ashley was singing the first words to “Lucky Old Sun” which begins, “Up in the morning. Out on the job. Work like the devil for my pay.” His voice so soft in the Ozark predawn that only an avid Kenny Chesney fan could have recognized his song choice to begin the day.

Nobody knows better than the 2015 Bassmaster Classic Champion that the time is now to cut a hit single on Norfork and Bulls Shoals if he’s to have any chance at climbing out of a very unfamiliar place near the bottom of the Toyota Bassmaster Angler of the Year points standings.

The good news is Ashley notched a Top 12 finish on the Elite Series’ last trip to Bull Shoals in 2013 by firing a shaky head worm around with a Quantum spinning reel. The bad news is that conditions are very different than three years ago.

“It’s the same time of year, but the water is about 10 degrees warmer than in 2013, plus it’s 5 inches higher and the fish are way more scattered,” Ashley said. “Not to mention, we were only dealing with one lake instead of trying to figure out two.

Ashley spent most of his 12-hour practice days fishing Bull Shoals, but knows Norfork will be tougher.

“You have to at least catch a limit on Day 1 at Norfork and that may not be easy, but if you don’t catch a good limit at Bull Shoals on Day Two, there’s no way you can make the cut going into Saturday,” Ashley said. “Bull Shoals has bigger fish, so a 15 or 16-pound limit is realistic, but at Norfork we may have to grind to catch a 12-pound limit in order to survive the first day.”

He’s also estimating that 70 percent of the field will try to catch spawning bass, but hopes he’s in the 30-percent minority that can nearly ignore bedding fish to instead catch pre spawners.

When asked what three lures would get the most work among the entire field, the South Carolina native listed a creature bait, a shaky head worm and a soft plastic swimbait; but you can count on him to mix jerkbaits and his beloved Classic-winning Casey’s Classic Runner Head trimmed with a Zoom Super Fluke Jr. into the mix too.

Two lakes. Four potential days of competition. A mix of lures. And only one direction to go for Ashley in the Toyota Angler of the Year Points. Hopefully hard work will leverage his first big hit of the season.

“Up in the morning. Out on the job. Work like the devil for my pay. But that lucky old sun ain’t got nothing to do but roll around heaven all day.” – Kenny Chesney with Willie Nelson