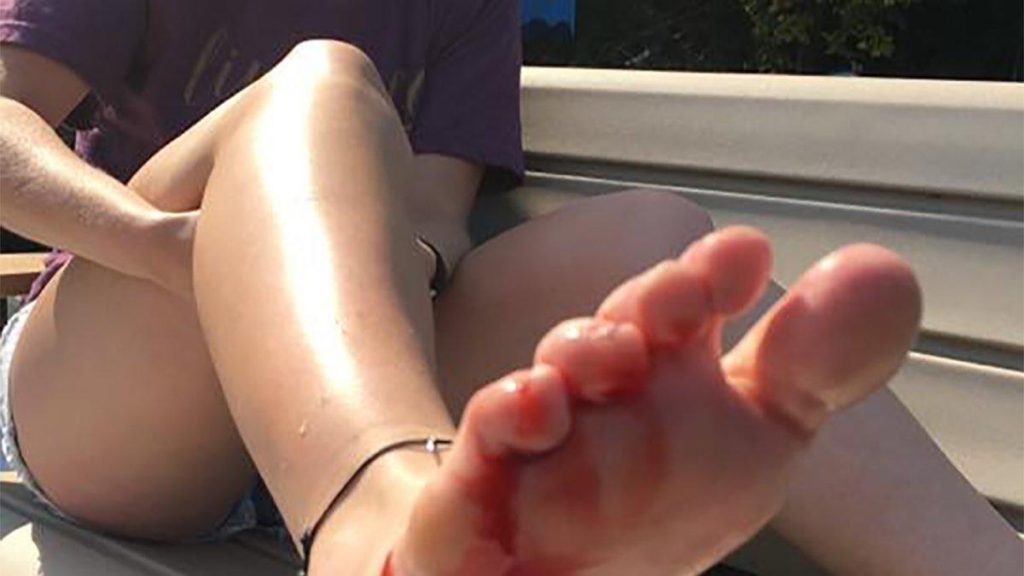 Editor’s note: Some may find the following photos disturbing. Viewer discretion is advised.

Multiple news outlets are reporting that a young lady was attacked by what she and her family are claiming was a 40-inch musky.

22-year-old Paige Dougherty was sitting on a boat dock, dangling her feet in the water on Sunday afternoon and suddenly saw a large musky’s mouth coming out of the water and towards her foot. The fish latched onto her right foot and she was able to free herself.

Dougherty was wearing an ankle bracelet and there were also walleye hanging off the dock, waiting to be cleaned.

This incident occurred Island Lake, which is the same lake where a 10-year-old girl was reportedly attacked by a musky in July. It’s worth noting, however, that our Minnesota-based video producers studied the bite marks of the previous attack and concluded that they were inconsistent with the tooth structure of a musky mouth. 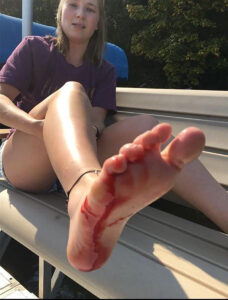 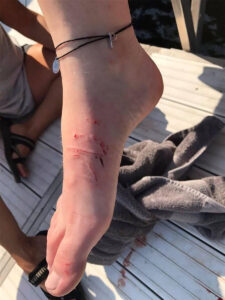