The fish was caught during a tournament on Cayuga Lake on June 15, 2022, the largest of the Finger Lakes, and was weighed on tournament scales that were later certified by New York Department of Environmental Conservation. His record status is pending approval at this time but should be certified as the new New York state record smallmouth bass, eclipsing the old mark of 8 pounds, 4 ounces. 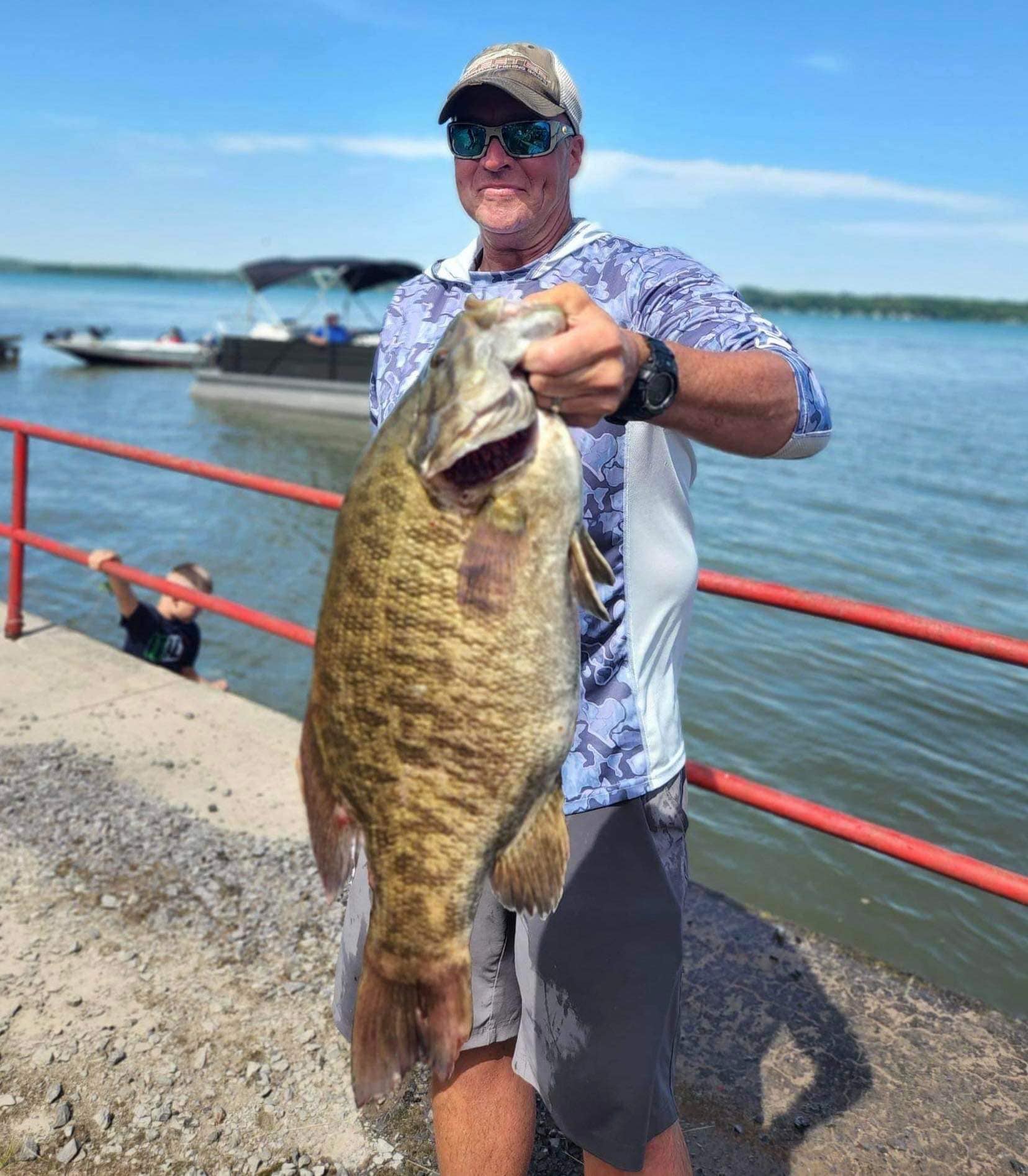 Russell and his partner Eric Sullivan caught a limit of smallmouth bass weighing 30 pounds, 15 ounces to win the tournament by 5 pounds and change. Russell was fishing a Berkley Max Scent Flat Worm on a drop shot on a St. Croix Avid X Bass rod. He was using 12-pound line on his spinning setup and said it was quite the fight.

“I was using 12-pound test line and it put up such a good fight,” Russell said. “It jumped a bunch and gave me the fight of a lifetime.”

We’ll update this story once the record becomes official. But it looks like they have had their catch certified, and did everything properly to get the new record. And best part is they were able to release the fish alive to hopefully produce another great offspring class.

Here is another story about his catch.