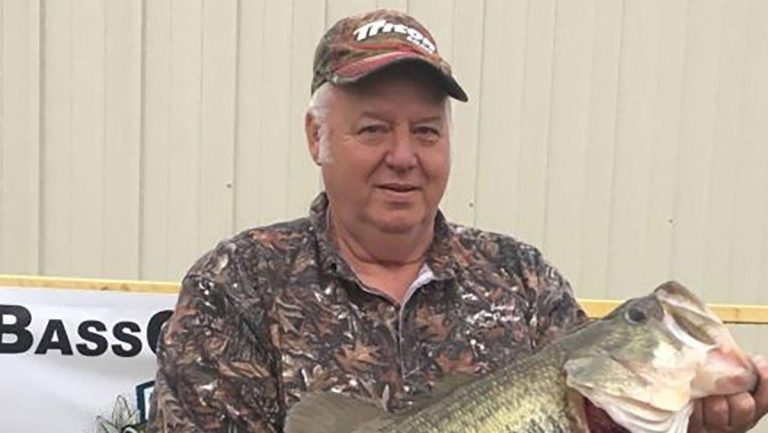 According to Louisiana Sportsman, Louis Slaughter Sr. has caught a 13.15-pound largemouth bass from popular Toledo Bend Reservoir. The bass was caught near Park Site 7 on the Texas side of the fishery.

After rain showers dissuaded Slaughter and his son from running too far, they decided to hang close to the ramp until the weather cleared up. At 10:00am, the monster bit a 5.5-inch Strike King Shadalicious swimbait on 15-pound Seaguar fluorocarbon in roughly 20 feet of water. Slaughter mentioned that he modifies each swimbait with additional colors, but wouldnâ€™t give any additional information on the tweaks.

The angler first believed he was snagged on a stump, but soon realized it was the fish of a lifetime after it broke the surface. His son tried to lip the bass, but dropped it as the fish surged back towards deep water. The sonâ€™s second landing attempt was indeed successful.

The fish measured 26 1/4 inches long with a 21 1/2-inch girth. It was released alive and Slaughter will receive a free replica courtesy of the Toledo Bend Lake Association. 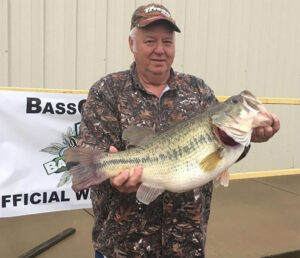