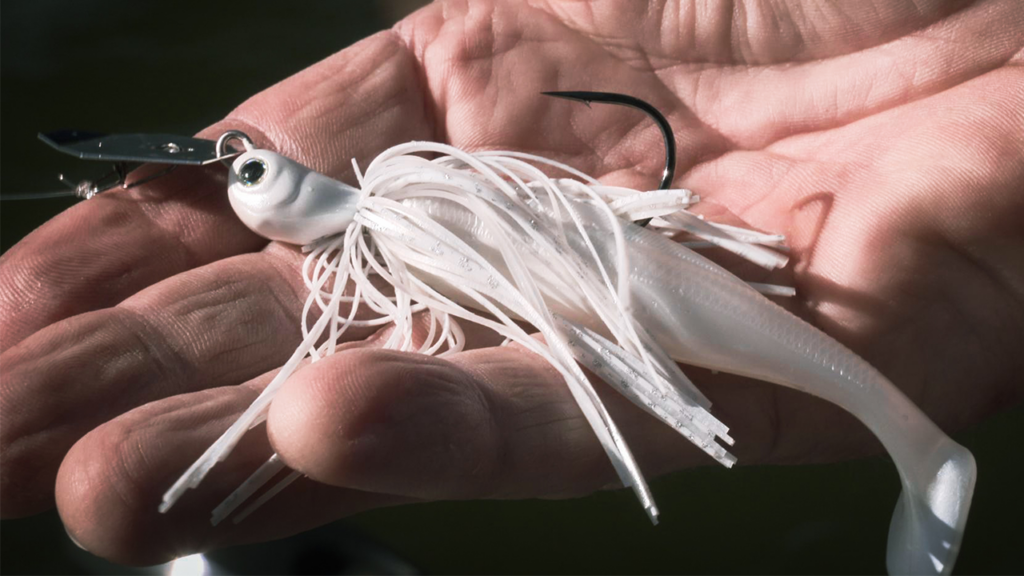 Fishing lures from deep to shallow (up the hill) is standard practice for shore anglers but typically overlooked when fishing from a boat. Major League Fishing Pro Stephen Browning discusses when to use this approach and how to execute it using a heavy ChatterBait. Wired2fish has covered heavy ChatterBaits (3/4 and 1-1/4 ounce) in structure fishing applications on reservoirs and natural lakes, and it’s become a mainstay tactic in place of a crankbait in many situations.

The system’s strength is depth control and the ability to keep the heavy bait near the bottom throughout the cast — it’s hard to pull this off with a fixed-running depth crankbait. Instead of beating the bank, Browning runs his boat down the shoreline and casts out, counting his lure down to a depth just below suspended schools of shad and in the bass strike zone.

He then proceeds with a slow and steady retrieve, letting the ChatterBait and paddle tail swimbait trailer deliver the necessary action. Bites often happen on a long cast and at depth, so Browning prefers a high-speed reel to maximize line pickup. He walks through his ideal rod action for fishing ChatterBaits, and why you lose more fish using a rod that’s too stiff.

It makes good sense. The first drop-off adjacent to shore is a collection area for bass that aren’t up shallow, be it influenced by a cold front, fishing pressure, or deeper forage. Like Ott DeFoe’s tactic of catching suspended bass on a jig just off the first shoreline break, this video presents moving baits to bass often missed by “bank beaters” targeting shallow cover.