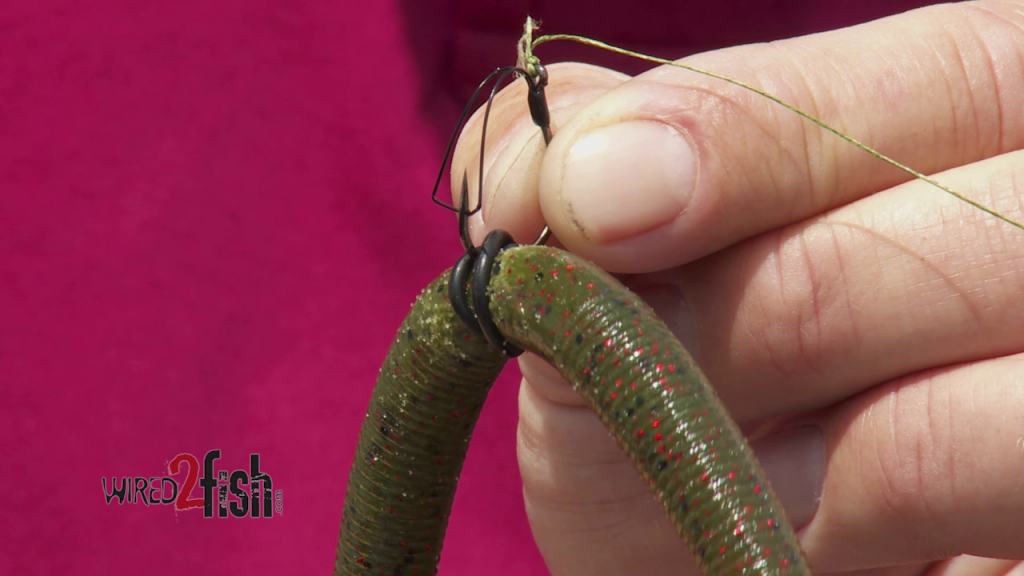 The wacky rig is one of the most effective bass catching presentations. It can be rigged weightless, weighted, fished on a drop shot and even a jig head, but single hook rigging remains the most popular. A lot of anglers slide an o-ring onto the center of a stick worm to reduce tearing the plastic or having fish throw the entire worm. This is important, but a single o-ring has the tendency to push the hook flat against the worm, reducing hook ups. Adding two o-rings and crossing them, with the hook slid underneath both, has the effect of keeping the hook in an upright position where it’s more likely to hook the fish.