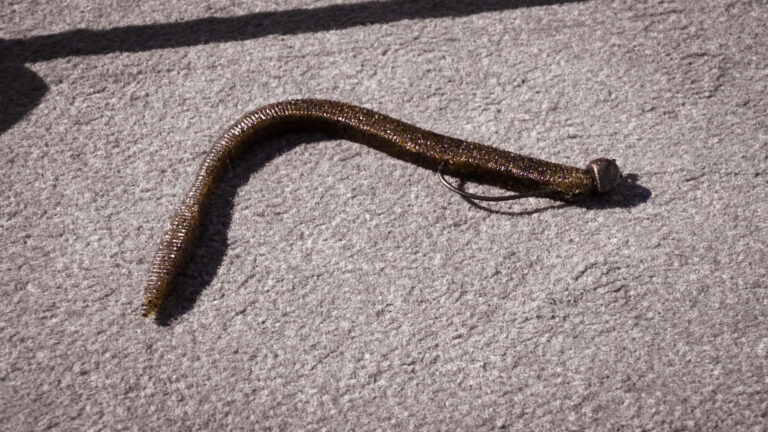 The shaky head is a top finesse bass fishing tactic, but the traditional way of fishing it with light spinning tackle leaves you underpowered around cover. Major League Fishing pro Stephen Browning explains when and how to upsize your shaky head tackle and rod setup to catch more and bigger bass around cover and in dirty water.

For Browning, the power shaky head consists of a heavier medium wire jig, and upsized worm fished on a casting setup. A fast reel spooled with fluorocarbon in the 14- to 20-pound range lets you fish the lure in and around heavy cover like grass, brush, docks, and standing timber. Cast, let it sink to the bottom, then shake it like a conventional shaky head. Hook up, and you now have the power to clear bass from the cover quickly.

Browning walks us through his go-to setup, from the jig and worm to his rod, reel, and line choice. He shares an excellent little tip for securing ElaZtech plastics to his shaky jig wire keeper, allowing multiple fish catches on a single bait without re-rigging downtime.