The shaky shot… have you ever heard of it? It’s highly unlikely since I’m pretty sure we just coined the term. It’s something I first experimented with a few years ago when trying to assist my buddy and professional angler John Crews in coming up with 48 ways to rig the Missile Baits 48 Worm.

In the past, I erroneously credited the idea to Scott Canterbury, having mistaken the shaky shot for the double drop-shot rig Canterbury used to finish 2nd in the 2012 Forrest Wood Cup; we’ll talk more on why that’s relevant in a minute.

But enough talking around it, what exactly is the shaky shot for bass fishing? Let’s dig into it.

I’m certainly not saying I came up with this rig, since upon Googling it I found several others have used a similar set up. I just like the name “shaky shot” more than “drop head”, my first thought, or any of the other names I saw referencing it. If you haven’t been able to deduce yet what I’m talking about, it’s a drop shot with a shaky head in place of the drop shot weight.

Now before anyone starts in on the rig’s multiple hooks debate, I want to remind everyone to be sure their local and state laws don’t prohibit rigs with multiple baits like the Alabama Rig, double Fluke rig or a shaky shot like I’m proposing here. I’m also not to trying to spark a debate here about whether or not a rig like this should even be allowed. I just want to describe my experiences with it and maybe give you guys a new technique to consider trying out. 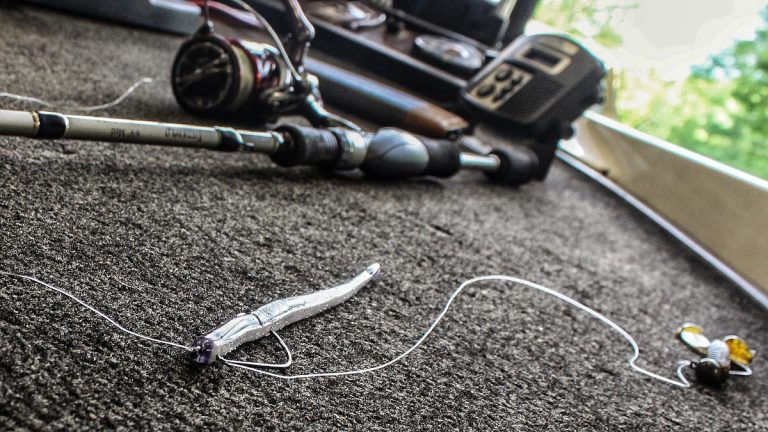 Again, I thought this was the rig Canterbury had used in 2012 to catch fish in brush. But he was using a double drop shot which consisted of a long leader with an additional hook and bait between the first hook and the drop shot weight. Canterbury used this to simultaneously target fish sitting close to the bottom down in cover as well as fish sitting 5 to 6 feet higher above the cover.

The same fish can be targeted with a shaky shot by replacing the drop shot weight with a shaky head. Having done this, I’ve found that some days I’ll actually catch the majority of my fish on the shaky head versus the drop shot bait. I found this extremely interesting and it sent my mind off into a series of thoughts that questioned whether we’d be better off at times simply fishing a shaky head vertically rather than dropping a drop shot on fish.

I will say that I don’t believe that is the case, simply because a drop shot is much more effective at dropping vertical versus a shaky head, which tends to spiral its way to the bottom on a straight drop. A drop shot has a much more realistic and subtle action to it which is necessary when fish are particularly finicky. So by and large, a drop shot is easier to present to fish you’re seeing on your electronics and does a better job of drawing strikes in open-water scenarios; but there are times when the shaky shot is better.

When to use a shaky shot 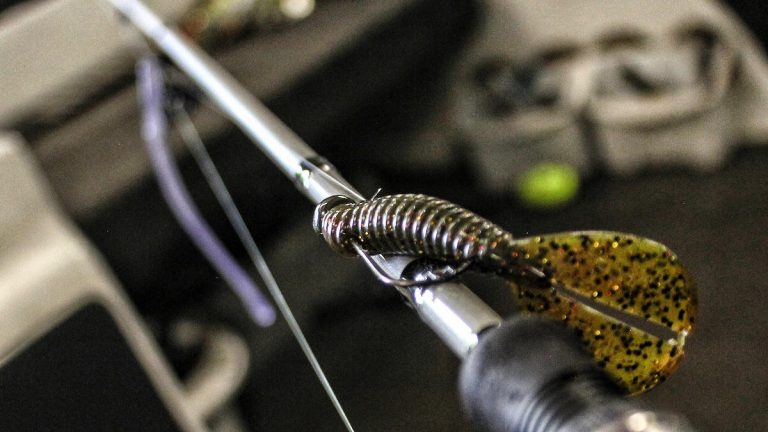 Again, anytime you’re fishing around cover where fish are staging at two different levels, the shaky shot is extremely effective. So brush piles, standing cane, standing timber, dock poles and other vertical cover are ideal. There are also times in open water where fish are working the lower 5 feet of the water column, making the spaghetti-noodle pattern on your graph as their paths intertwine. Having a bait right on the bottom and another up off the bottom a few feet gives multiple fish a better opportunity to see the bait.

Lakes with spotted bass targeting herring or threadfin shad are the best scenarios for this rig because the bass typically group up. If I’m wanting to target individual fish like big largemouth in brush piles or big smallmouth around boulders, I’ll typically go with a straight drop shot instead. But situations where there’s a lot of bait, a lot of bass and a lot going on, I prefer the shaky shot because it gives fish twice the chance to find your lure amongst an abundance of bait and inevitably leads to a double every now and then, as you hook one fish and another finds the second bait on the fight.

How to rig it 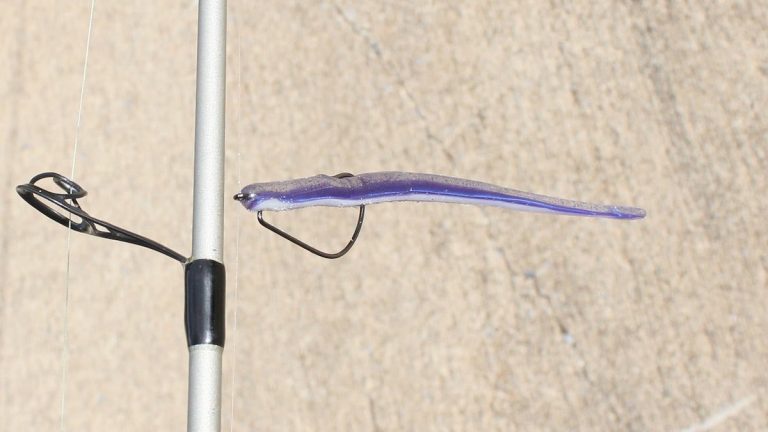 To rig a drop shot, I just add a drop shot weight at the end of my tag line. To rig a shaky shot instead, I tie on a shaky head. The length of line between the drop shot hook and the shaky head varies trip to trip and sometimes even school to school. Use your electronics to figure out how far the fish are staging from one another and adjust it accordingly. I’ve done this with as little as 18 inches separating my baits and I could see using as much as 6 feet of line between baits. Just remember, you’ll only be able to reel in as far as the drop shot hook so if you have more than 6 feet between baits you’ll likely have a really hard time lipping a fish or getting it into the net if it bites the shaky head.

Line size, shaky head weight, drop shot hook style and bait selection can all vary. Personally, I like a 1/4-ounce shaky head even though that’s a good bit heavier than I’d go if I were using a drop shot weight. The reason being again, a shaky shot rig isn’t as effective at dropping vertically. So the heavier weight helps get the bait on down to the bottom a little closer to the target than a lighter shaky head would.

As for bait selection, I suggest mixing it up. Sometimes I’ll go with different-colored worms from one hook to the other and sometimes with different style baits entirely with something like a Roboworm on the top hook and a craw-imitation bait on the shaky head. 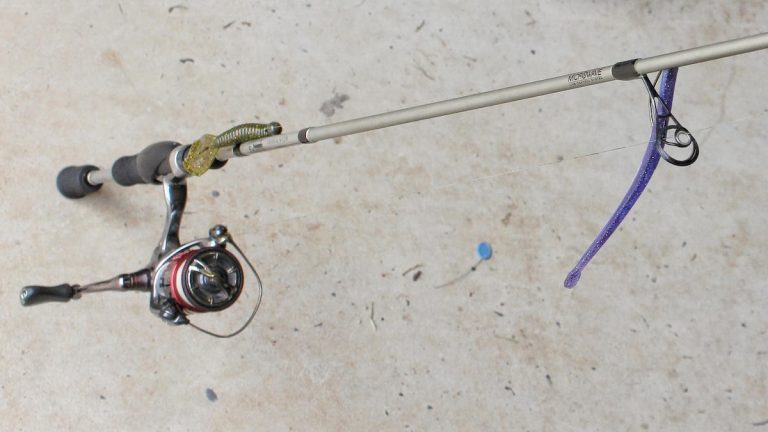 This is a pretty neat technique to use when trying to narrow down what works best on a bass. Catching doubles is surprisingly rare; it’s more about presenting options to a bass and in that way you’re able to quickly figure out what colors, profiles and depth ranges are working best.

The shaky shot might sound a little odd or cheesy to you at first but don’t knock it until you try it because it really is quite effective. Definitely make sure a rig like this is legal on your local fishery before trying it and if it is, it can teach you a lot.