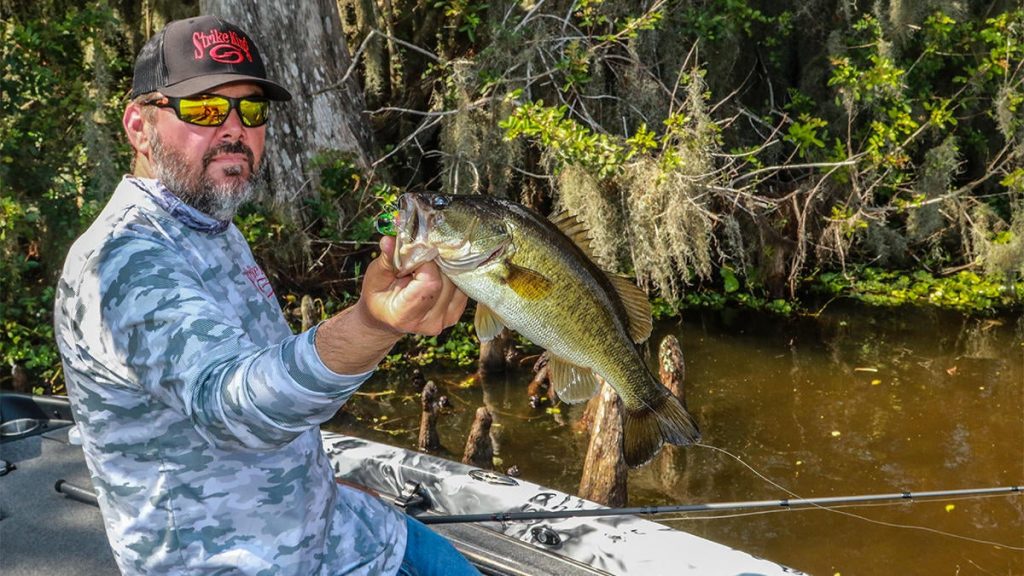 There aren’t many shallow-water fisheries that do not favor a squarebill crankbait for bass, but Greg Hackney knows that no one squarebill fits every scenario. Fact is, he ensures constant readiness by keeping several trays of size and color options handy.

“It’s a huge part of my (bait selection); I very seldom ever go fishing when I don’t have a squarebill tied on,” Hackney said. “Anytime I’m fishing shallow water, regardless of the time of year, there’s always a place for a squarebill.

“You can catch them on it when they’re spawning if you have the right water color. So it’s 365 days a year that a squarebill is working.”

Generally defining his squarebill range as 8 feet or less, Hackney calls this bait his utility player.

“It’s always been one of my favorite lures because you can catch big ones in any type of cover,” he said. “It’s just as good in grass as it is on rock or wood or cranking mud.”

An exhaustive summary of potential variables and micro-scenarios would take longer than we have, but Hackney breaks down a handful of key considerations he employs for squarebill selection. 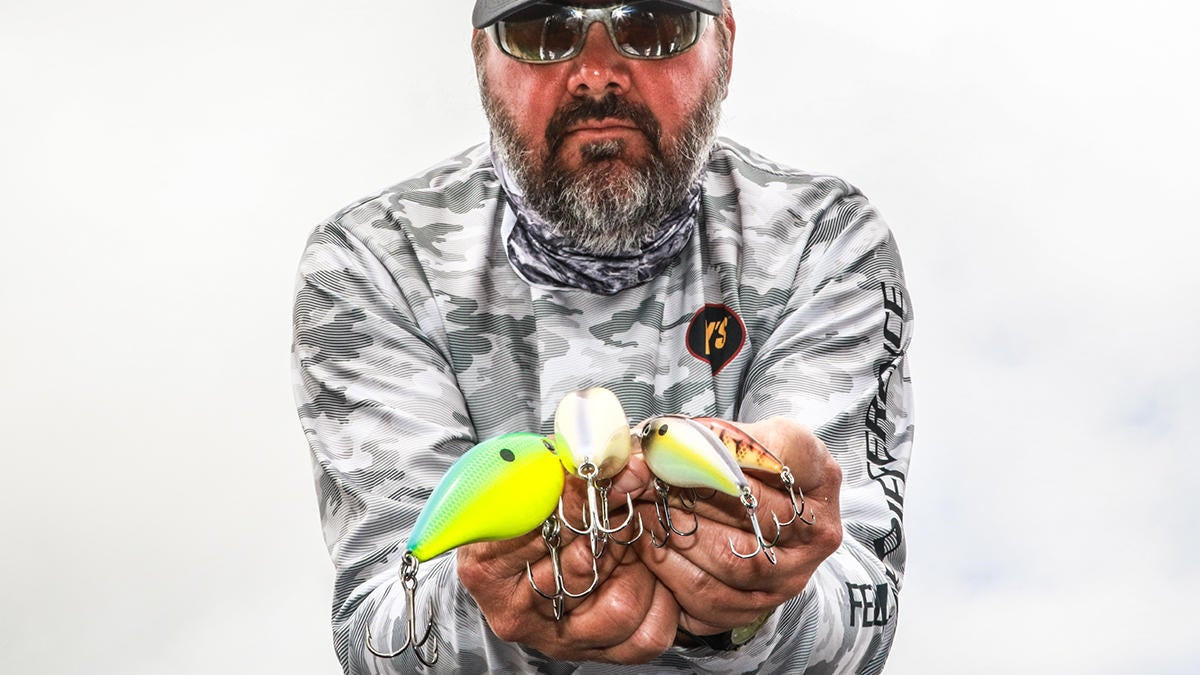 Today’s squarebill assortment covers a broad range of depths and with his Strike King KVD lineup, Hackney can actually stretch his zone to 10 feet (the 8.0 model hits 10). Noting that depth is a foundational consideration, Hackney runs us through his selection plan.

“For me, the biggest thing for deciding on the size of my bait is determining the size of the forage base – what are these fish eating,” Hackney said. “That’s the good thing about having all those different sizes; you have a squarebill for any size of forage.”

Starting at the small end of the spectrum, Hackney said he reaches for the 2-inch KVD 1.0 least because it’s more of a cold-water bait that can substitute for a flat-sided crankbait. Diminutive in presence, this one makes a good match for tiny forage.

Calling the KVD 1.5 the workhorse of his lineup, Hackney said he relies on this bait for the widest array of his shallow water work, but he’ll readily step up to the 2.5, 4.0 or 8.0 if the situation warrants. 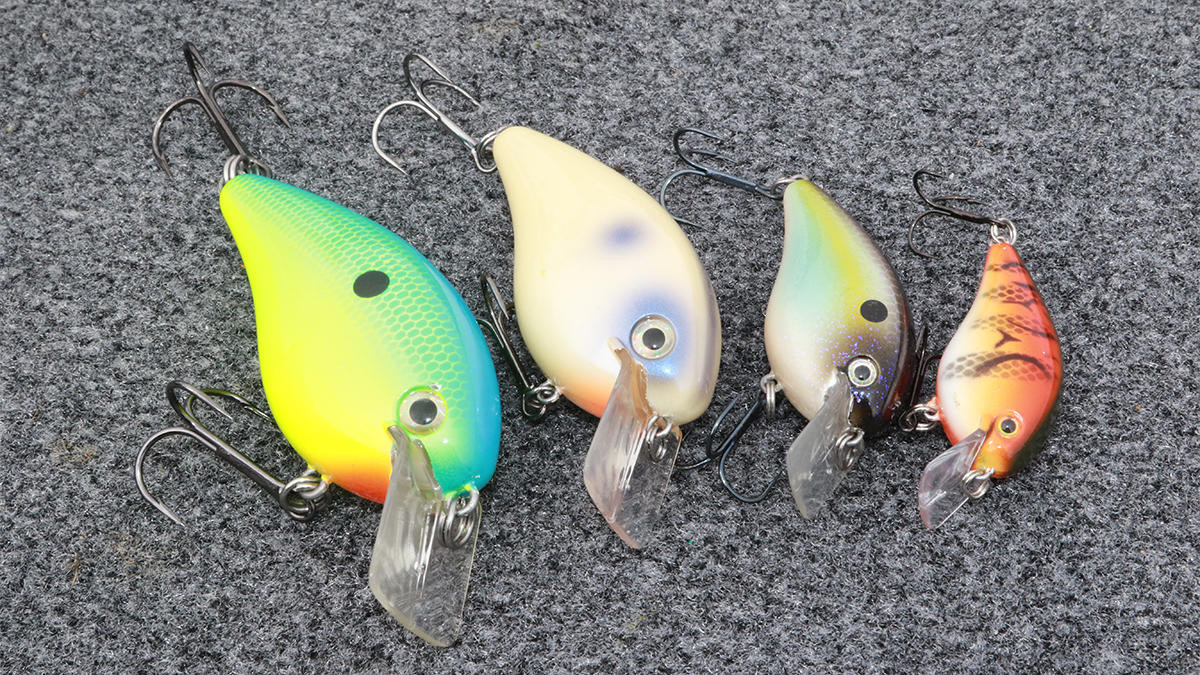 “I like to lean toward the bigger baits if I can, because I have more confidence in catching bigger fish,” Hackney said. “The 2.5 to the 8.0 are the sizes I prefer when I have them dialed in because they’re bigger baits for when fish are feeding on bigger forage.

“To me, it’s easier to represent a bigger bait than a little bait. It’s harder to trick a fish feeding on tiny bait.”

Now, holding a Strike King KVD 8.0 squarebill next to a 1.5 may look like David and Goliath; but consider Hackney’s perspective:

“Those bait look big, but they’re really not in relationship to (actual) forage. Typically, a larger fish feeds on baits as big as your hand – bluegill, goggle eye, perch, and that type of thing. They look big in relationship to what we know as traditional tackle.”

“They may be feeding on forage the size of a 4.0, but I’ll throw a 2.5 because you’ll get more bites with on a smaller lure in the clearer water, regardless of what they’re feeding on,” he said. 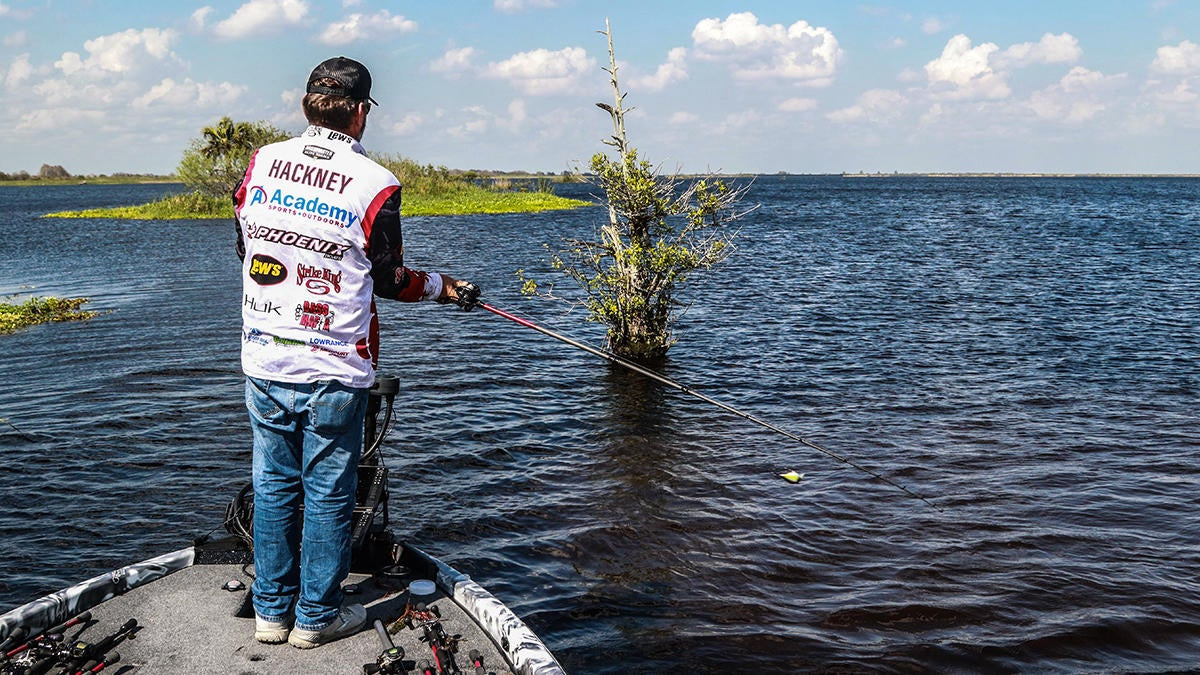 Hackney won’t hesitate to give his squarebills a shot at spawners bedding in areas with sufficient accessibility – especially where occasional rock or wood elements take advantage of the bait’s deflection moves. He’ll move the bait at a peppy pace to trigger reaction bites, but the squarebill’s size and shape inherently mimic an image that bass really, really hate.

Hackney also considers the squarebill during the fry-guarding period, as well as bream bedding season. In both scenarios, mimicking that panfish profile is money. 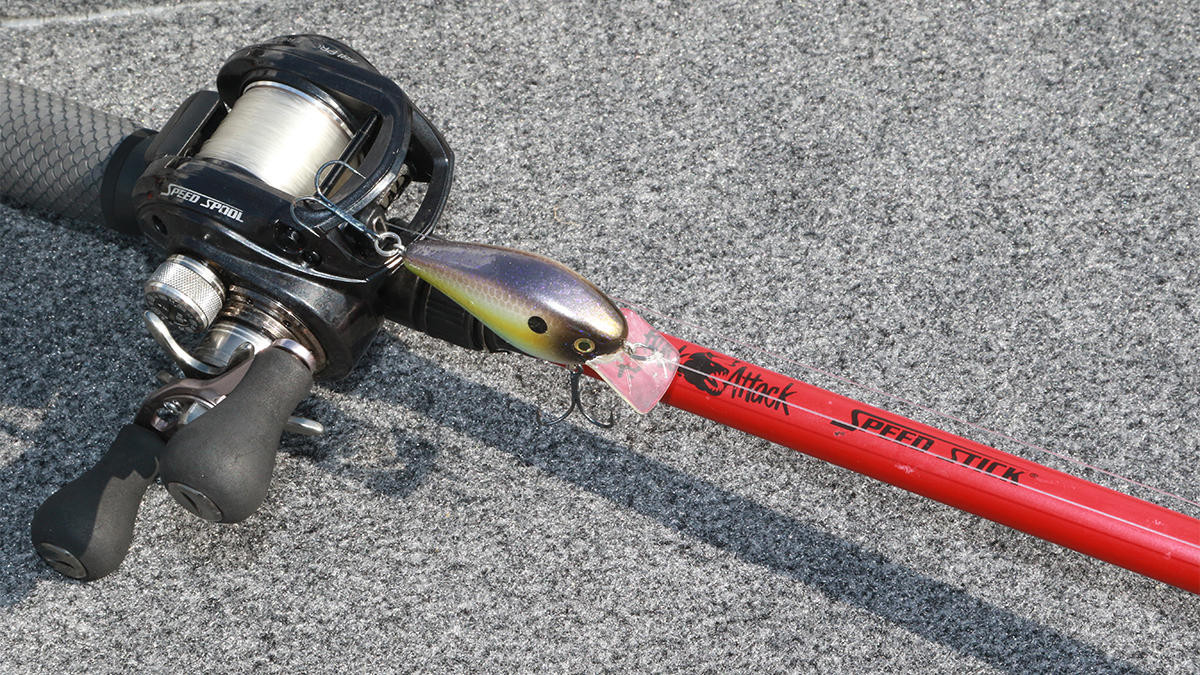 “I can typically reel that bait as fast as I need to reel it and you still have a lot of power,” Hackney said. “You really need that power when you’re cranking a 4.0 and an 8.0 because those are hard-pulling baits. They actually pull like a deep-lipped crankbait, so it’s important to have that strong reel.”

“It just depends on what I’m trying to do with the bait and how deep I’m trying to get it,” Hackney said. “I’ll fish a 1.5 on 20-pound line if I’m fishing it relatively shallow water and around heavy cover, but I won’t throw a 1.0 on more than 14; not because they won’t bite it on that heavy line, but because of its smaller profile, it’s easier to throw on lighter line.”

With his larger baits, downsizing to 14-pound line is less about action than reach.

“I don’t like to throw those baits on lighter than 14-pound line and the reason for that is they’re heavy and they’re hard on the line. The heavier line has less stretch and I think you get a better hookup at a long distance with the bigger line.”