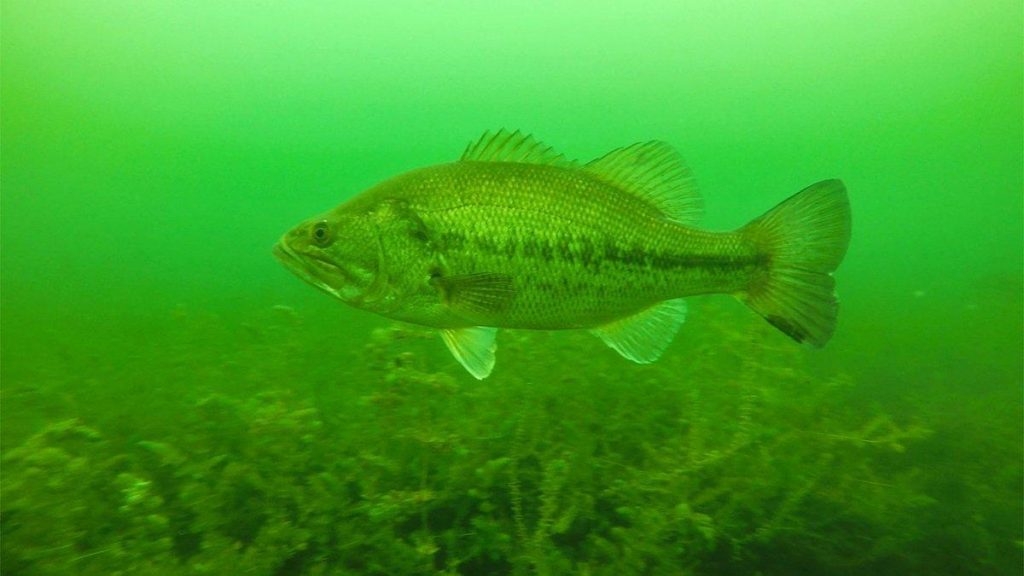 You often hear about venting, or “fizzing” bassâ€”especially in the summer and winter months when they’re caught from deep water. While it’s performed with the very best of intentions, there’s a common mistake anglers make that could be harming the bass once they’re released back into the water.

Steven Bardin, Fisheries Biologist and owner of Texas Pro Lake Management, cautions that anglers must be well educated before attempting to perform this intricate procedure.

When an angler catches a fish from deep water and reels it through the water column quickly, barotrauma can occur. According to Bardin, this is simply a quick change in pressure on the swim bladder which allows it to expand.

“The deeper the fish is, the greater the pressure on the fish,” Bardin said. “At roughly 30 feet deep, atmospheric pressure doubles. When it’s pulled to the surface, pressure decreases internally which causes the swim bladder to expand and put undue pressure on all of its internal organs.”

The swim bladder is affixed to the top of the fish’s abdomen. Directly underneath the spinal chord, you’ll find a very soft membrane containing no organs. This is the swim bladder. It’s filled via gas exchange from the blood.

“When the swim bladder expands, it cannot push up into the spinal chord or into the muscle tissue,” Bardin said. “It has to expand downward into the abdomen containing the stomach, intestines and all other internal organs. At times you may see a membrane protruding from the fish’s mouth, which is actually the upper stomach and esophagus. The swim bladder isn’t attached to the trachea, so popping or deflating this would negatively affect the fish.”

How do you know when fizzing is necessary? 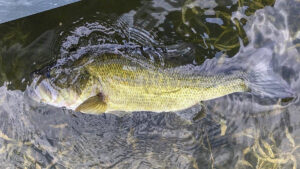 If a live bass caught from deep water floats or is unable to maintain its equilibrium when it’s placed back into the waterâ€”where it’s the lake or your livewellsâ€”it’s experiencing barotrauma. This fish needs to be vented or “fizzed”.

Contamination is the biggest issue

If you’re not thoroughly sanitizing your fizzing needle before each procedure, you may be hurting the bass much more than you’re helping them.

“The swim bladder is a sterile organ and if you’re not using a clean needle, you’re now introducing bacteria from an outside source,” Bardin said. “It’d be the same as if your doctor took your blood with the same needle he used on a patient earlier in the day. You’d never stand for that, so why is that okay for a fish?”

Bacteria is the biggest culprit in this situation. Columnaris is the most common bacteria among bass and can cause fin rot, open sores and in the worse case scenario, even death. It is also highly contagious.

“Bacterial contamination can’t be detected immediately, so anglers will often release the bass after fizzing and assume it’s in perfect health,” Bardin said. “But an infected bass will become sick after release. In the summer when water quality is poor and our lakes are stratified, this can quickly become lethal. In lakes with high fish density and subpar water quality, there’s a significant chance of mortality and the bacteria being transferred to other bass.”

Avoid the problem with proper sterilization 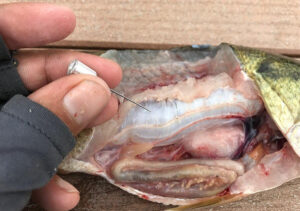 To ensure the post-release health of your catch, proper sterilization is imperative. It’s not as easy as simply dipping your needle in the water before the procedure. You need a serious germ-killing product, such as chlorhexidine solution. It’s an inexpensive antiseptic and antimicrobial disinfectant (you can find a gallon here for just $11.99).

“The needle must be clean and in order to accomplish this, anglers should dip the fizzing needle into the solution and let it air dry,” Bardin said. “Don’t wipe it off with a towel or use your clothing because that reintroduces bacteria to the instrument.”

In a perfect world, anglers would use a brand-new needle with each fizzing procedure. This ensures the needle is sterile and remains sharp enough to perform the procedure without trauma. This is actually an extremely inexpensive option but most anglers would prefer not to carry a sharps container and dispose of all the used needles properly.

If using a new needle each time isn’t practical for you, it’s a great idea to keep five new or properly sterilized needles in a dry box somewhere in your boat. And again, do not use the same needle on multiple fish until it’s thoroughly cleaned with chlorhexidine solution.

“Any time we’re putting an instrument into an animal to correct a physical matter, there are a lot of similarities to a human surgery. The proper proper precautions must be taken.”

While most bass anglers try to be good conservationists, it’s important to discuss these uncomfortable truths in order to continue our goal of respecting and properly managing our precious resources. Lining fish up and venting them in assembly line fashion is the wrong thing to do.

It may feel good to watch bass swim away and report awesome mortality numbers in tournaments, but we must consider their health after release. Is this sterilization method a bit more inconvenient while we’re on the water? You bet it is. But Bardin strongly believes it’s for the greater good of our finned friends.